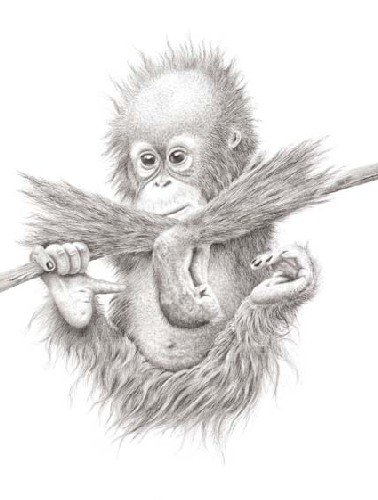 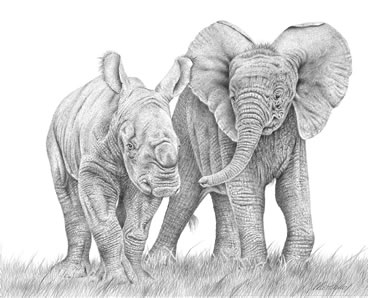 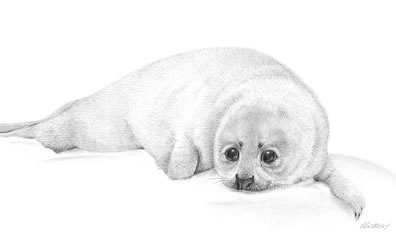 View All Art Works By Peter Hildick
Widely respected contemporary wildlife artist, Peter Hildick, born in Middlesex in 1949 is a self-confessed lover of both animals and the countryside, and was introduced to, and surrounded by the aforementioned throughout his happy childhood near Bath, in Somerset. His parents relocated there in the 1950s when Hildick was aged 8, and most of Hildick’s best memories from round this time include roaming the fields and hedgerows in the outlaying area, seeking out the best vistas and an envious selection of wildlife native to the local habitat; all of which he then used as prime subject matter for his drawings.

As art wasn’t necessarily accepted as a serious vocation as such in the early 1960s and more often than not simply brushed aside as something people indulged in for pleasure, Hildick knew that he wouldn’t be pursuing his love of drawing as a potential career option when the time came. What’s more, as he moved on to secondary education he disliked the fact that his teachers encouraged him to drop the drawing in favour of what was seen as more mature painting. Aside from providing the occasional drawing still for friends and family, Hildick soon lost his creative mojo and in the end (as opposed to heading to art school) he instead chose to serve in the Fleet Air Arm. Signing up to the branch of the Royal Navy in the capacity of a Radio Engineer, Hildick did however take his pencils and paper with him, and during his 22 year naval service kept his artistic hand in when time and opportunity allowed.

When it came to art Hildick’s mind was something of a blank canvas in itself, given that he’d never benefitted from any formal training in a creative discipline, yet if anything this went in his favour as he didn’t labour under the pretence of preconceived ideas of style or technique as so many artists starting out, do. Having said that, Hildick was inspired by certain artists from the word go, including the compositional work of fellow wildlife artist, Robert Bateman as well as the detailed illustrative prowess typified in the work of Carl Brenders. Two things which differentiate the style and presentation of these two established artists and Hildick are the underlying fact that the latter favours the monochrome look – historically championing the pencil for the control it has over painted materials – and that there’s also a subtle hint of humour evident in many of Hildick’s compositions.

During his long and successful career in the Navy, in which time he’d risen through the ranks to his final position of Chief Petty Officer, he’d managed to keep his artistic hand and eye in, albeit producing rudimentary drawings as and when his spare time and leave allowed. But then when he left the force, albeit to follow another defence industry role, in the late 1980s, he found more time to return to his long-standing interest. However it was really until 1991 that his real passion for drawing completely resurfaced and took hold once more. Being more prolific with his personal pieces than at any point hitherto, Hildick successfully exhibited in the P.A.W.S. Competitions in 1991 and again in 1992, with active encouragement from his wife and friends to do so in the first instance. Hildick later produced and submitted a pencil drawing and a rare watercolour to the P.A.W.S. 1993 Competition, both were accepted and exhibited - the first time one artist has been successful with two entries - and a special award was introduced for pencil drawing. Then in 1994 another pencil drawing was submitted (Baby Love) which bagged Hildick the Chaffin award for Best Monochrome Picture and the North Light Trophy for overall winner of the P.A.W.S. 1994 Competition. Building on this success Hildick decided to place more emphasis on his drawing, ultimately appearing on the radar of a certain fine art publishers by the name of Washington Green.

With a reputation for forging rewarding collaborations with their burgeoning stable of contemporary artists practising across a plethora of genres, the UK’s biggest fine art publishers saw the potential in Hildick and offered to represent him commercially going forward shortly after. To date, some 31 and counting of Hildick’s original drawings have been reproduced as limited edition prints at the hands of Washington Green, and subsequently appeared in their portfolio of independent art galleries situated across Britain; with several editions selling out in their entirety. Hildick’s work has received national exposure and acclaim as a result of this and there is nowadays an active secondary market in his work, whilst some of the first editions are much sought after and rising rapidly in price.

Since being selected to exhibit in the Halcyon Gallery’s major Wildlife & Conservation exhibitions in 1997 & 1999, it’s fair to say Hildick has looked back, and thereafter participated in 2001’s ' Brush with the Wild’, alongside fellow artists Tony Forrest & Andy Ellis. Also it’s worth mentioning that the sales of Hildick’s limited editions continually benefit wildlife conservation and specific projects through the Fauna & Flora charity.