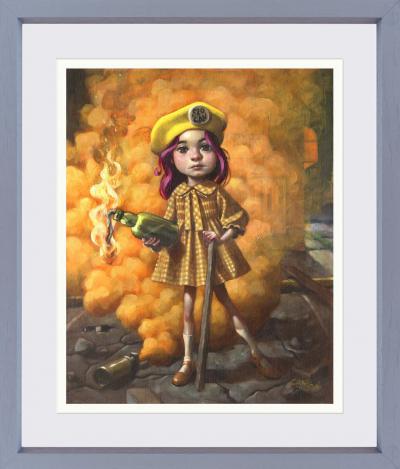 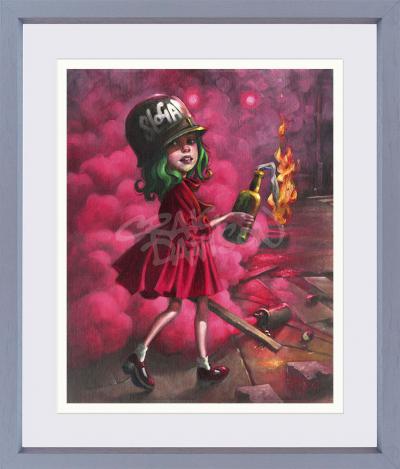 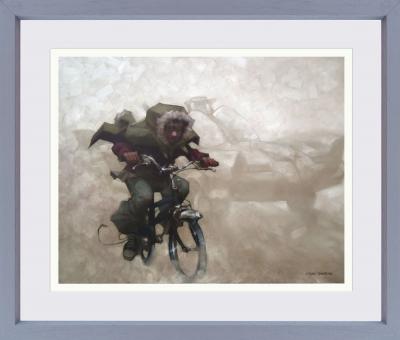 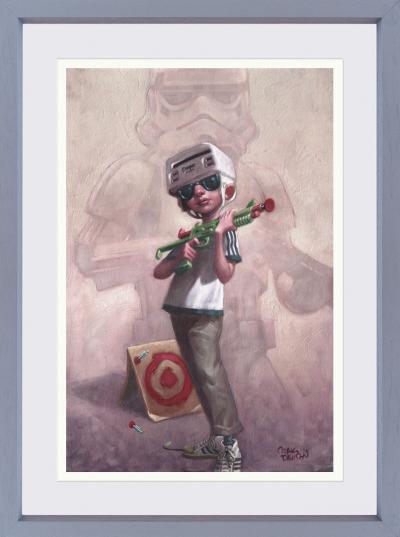 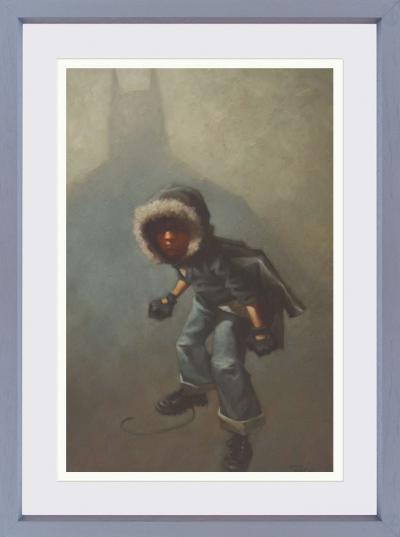 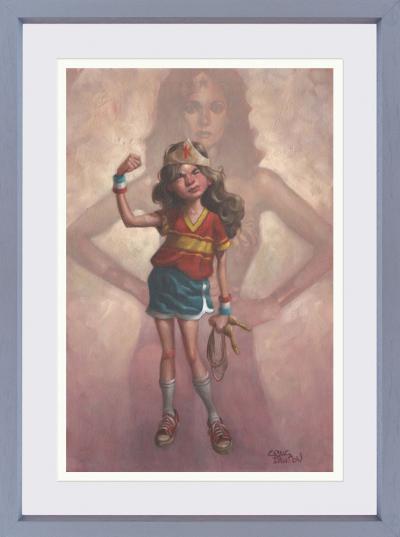 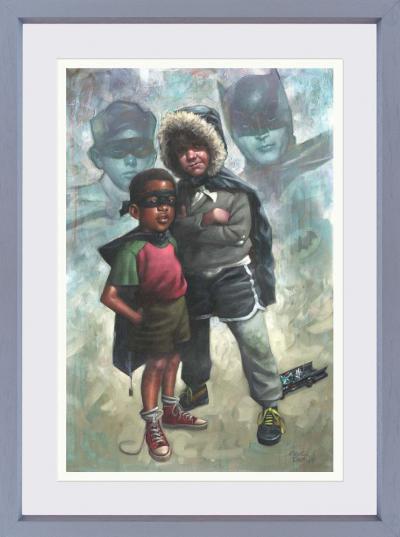 View All Art Works By Craig Davison
Memories are everything. Golden. And if you were a child of the 1970s it’s a safe bet to assume that those memories centred on carefree summer afternoon riding your Raleigh Chopper bike, bouncing around on a spacehopper or climbing trees. All whilst clad in your Batman or Darth Vader costume. If your pocket money couldn’t run to an actual merchandised replica, an old Parka coat worn as a cape over your head would suffice, and a collection of kitchen rolls cobbled together and painted white approximated a lightsaber. No, really.

Celebrated fine artist, Craig Davison lived his childhood in the 1970, having been born in 1965 in Sheffield. So that whole 70s coming-of-age vibe was prominent in his mind. It must have been when viewing his works of art. Littered with superhero-inspired nods and winks, Davison’s tour de force is placing kids in the shadows of Batman, the Musketeers, Spartacus, et al. Only the shadows are the mirror image of the child adventurer’s struck pose. Clever stuff. Davison’s charges take on the form of their fictional heroes and villains, lifted straight from the 70s TV and bigger screen. Scruffy, ragamuffin kids with snotty noses and grazed knees running riot across innocent landscapes, unhindered by the fate of adulthood. It’s a powerful message. Made all the more powerful when the subjected children have such wild imaginations that the shadows of what they are playing are towering over them.

Whether this is the Caped Crusader, whose shadow is reinforcing the backdrop to the hell-raising kid in the foreground playing at being said fictitious crime-fighter as so loquaciously depicted in ‘Holy Dash Batman!’, or Davison’s ‘We Can Be Heroes’ collection, which is singled out by its use of interconnecting the kids with background shadows, silhouetted in the instantly identifiable shape of imaginary games the children are playing. The games the kids are lost in all arrive courtesy of classic 1970s telly of films. Davison cites that one of his influences looming large behind this collection was the film, ‘Kes’ which has the same idea of northern childhood that he wanted to create through his paintings.

Davison’s interest in art piqued at an early age, and this was substantiated by his school teachers adding their voice to a choir of approval. This fell on deaf ears however, as a teenage Davison left his seat of learning at 16 and entered the job market with no clear game-plan or notable ambition. One dead end job was quickly followed by another, but behind the transient work scenes Davison never stopped doodling and sketching. Eventually landing a role as a cartoonist, Davison collaborated on a pre-school comic series – including The Wombles and The Shoe People to those of you borne of that generation – before moving on to positions in a then fresh and burgeoning new media industry. As a computer animator, Davison recruited new attributes that would subconsciously come to the surface again in his paintings, as well as learning to sculpt 3-D models and characters. After a period spent freelancing as a sculptor, taking in work on action figure toys for Harry Potter and Dr Who – the work dried up, however.

But that was before Davison was tipped off about a painting competition in 2007, the first prize of which was becoming the apprentice of widely-respected artist, Alexander Millar. This opportunity he couldn’t resist, and despite coming third, the taking part must have counted, as a creatively invigorated Davison then threw himself into his new found love for painting. Not actually believing that he could make strides in the contemporary art world, Davison all the same left some of his canvases propped up outside the door of a Darlington art gallery, after visiting the premises and having a conversation with the establishment owner. In less than a quarter of an hour, 2 of those paintings had found new homes; which in itself provided the nudge that Davison needed to launch himself as a professional artist.

In terms of inspirations and role models, Davison talks up Japanese pop art king, Yoshitimo Nara, as well as Californian cartoonist, Mike Magnolia. Having said that, any similarities in the works of Davison and Nara finish at the point where you notice Nara’s kids are sporting weapons and look a tad menacing. Compared to Davison’s subject matter who for the most part look cute and vulnerable. If not a little unkempt. Elsewhere, influences are said to be Goya and the illustrations of N.C Wyeth. Judging by these artists, it’s abundantly clear that Davison has a fascination with character and the narrative, and injects a subtle humourous subtext to most of his pieces, which he says stem from those childhood memories of his own. Davison injects; "I try to capture the endless summer holidays spent out on my bike with friends, rescuing Mexican villages from bandits! I like the finished paintings to have a slightly naive, grubby look with lots of energy – which, when I think about it, really sums up my childhood!"

The novelty of being a successful artist is still very real for Davison who now works in his own studio, an old converted blacksmiths that’s been transformed into a modern studio in a lovely rural setting in County Durham.