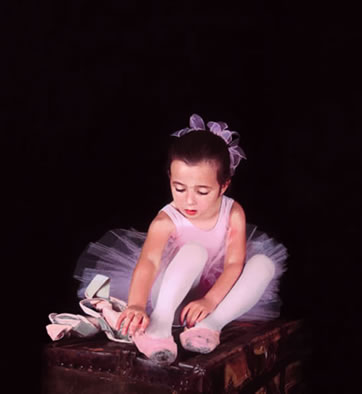 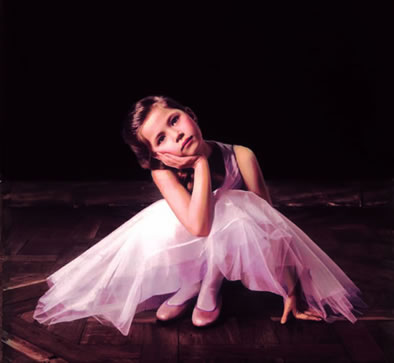 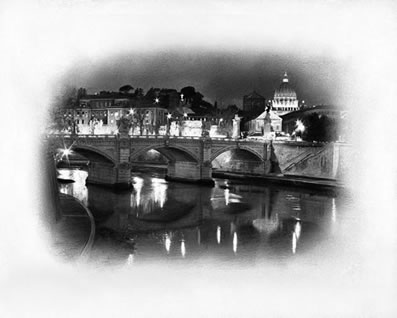 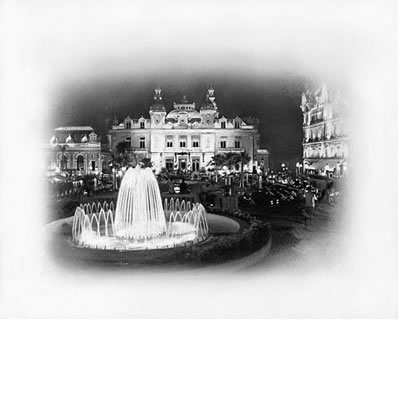 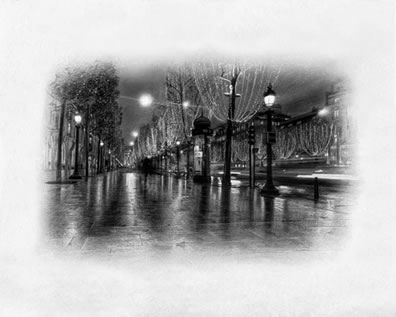 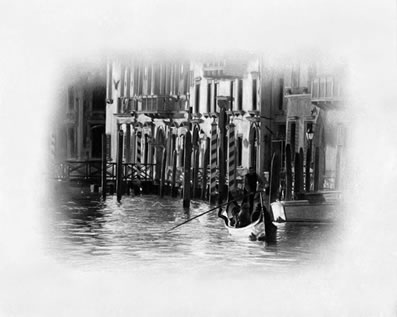 View All Art Works By Darren Baker
Critically-acclaimed contemporary figurative and portrait artist, Darren Baker was born into what he himself refers to as an ordinary working class family in 1976. A point of constant humour as a child being that Baker’s father was just that; a baker by trade. Whose mother was before him, so continuing a strong Baker family tradition. Art became ‘a thing’ for Baker at a very early stage in his childhood and by the grand old age of 8 years he’d already created his first London cityscape.

Featuring Big Ben Baker recalls his teacher making a tremendous fuss about it, and other equally enthusiastic people telling him to work on cartoons and comics as well as the more serious, adult stuff. One of the most inspirational and supportive people in those early days and thereafter was Baker’s grandmother who he describes as instrumental in him going on to achieve future artistic greatness by relentlessly encouraging a young Baker above and beyond the call of family duties.

Looking to his Grandmother as a role model throughout his childhood and into his formative years, it was she who first suggested that Baker’s fledgling artwork be granted an audience outside of the safety of family and friends. With an almost agent-like gusto she arranged that one of her grandson’s early drawings – of Roy of the Rovers – was exhibited during Holmfirth Art Week up in Yorkshire, where it was showcased surrounded by an array of paintings from seasoned local artists. Baker literally, or graphically rather, captured the likeness of anything and everything that piqued his interest in those early years, be it copying images from magazines, school field trip sketches, drawings of my friends, essentially keeping himself busy/out of trouble with a pencil or paintbrush to hand.

Fast forward to the mid-1990s, a time when, popular culturally Britpop was in full flow, ably supported in its creative endeavours to firmly place the UK on the map once more by the re-emergence of this associated Britart movement. All this Brit creativity had an effect on Baker, moved enough by what he was witnessing to enrol at art school. Which he did, opting for Bradford’s version of higher art educational events. Although this was not necessarily all plain sailing as Baker’s style of art was at seeming odds with the current trends at the time. His realism was challenged by lecturers as going against the then grain, yet in the end they conceded that it was better to paint in an honest way as opposed to manufacture a style to suit the fickle demands of the ever-changing populace. Our words not theirs.

With a strong work ethic drummed into him by his erstwhile Grandmother, Baker put in the hours in the college studios as he developed, evolved and ultimately honed his brand of art, including finding the time for many excursions to London to visit famous galleries which were home to the old masters as he aped their style and presentation so as to illustratively determine their accuracy and direction. All the hard work paid off as Baker bagged his degree in Fine Art, culminating in an impressive graduate show which attracted the attentions of many influential gallery owners, collectors and dealers.

It was in the immediate aftermath of that final year show back in the summer of 1998 when things really started to snowball for Baker and his artistic hopes and aspirations. After graduation Baker exhibited in London and at the age of just 23 was invited to showcase his paintings at a UK Millennium show set to be staged in New York that very year. This show in turn alerted an even broader and infinitely more influential audience to Baker’s art and it wasn’t long before he was being head-hunted by some serious movers and shakers. In fact, it was during this period that Baker was approached by The Professional Footballer’s Association (PFA) with an invite to become its official artist. Which Baker was duly appointed.

This unprecedented platform gave Baker the gilt-edged opportunity to really drive home his artistic talents and opened doors for a professional art career which thereafter went from strength to strength. In the short term Baker originated an impressive portfolio of contemporary portraits for sports clubs and personalities alike, having previously forged a relationship with Huddersfield Town FC. From this he went on to manifest a tribute image of ex-player, Frank Worthington having been first inspired by black and white photographs. That was just the start of things though, as he continued in the same vein crafting extraordinary illustrative likenesses of contemporary players of the modern era, the likes of David Ginola, Peter Schmiechel, John Terry and Steven Gerrard from the world of football, as well as sporting legends such as Prince Naseem, Nigel Mansell and Jonny Wilkinson. Alongside of this Baker created lasting pictorial tributes to some of Britain’s greatest sporting clubs, including Manchester United, Leeds United, Glasgow Celtic, Bradford City, Yorkshire Cricket, and Leeds Rhinos to name but a few.

Away from sport, and Baker’s reputation instigated requests from powerful figures and even royalty, all keen to have themselves captured in Baker’s sublimely detailed, uniquely accurate and quintessentially inimitable graphic style. We’re talking former Prime Minister, Tony Blair, HRH Prince Charles and yes, even Her Majesty the Queen who sat for Baker so that he could help commemorate her 85th birthday celebrations. We know for a fact that these portraits hang in St James Palace, The House of Lords and Downing Street.

The plaudits as you can doubtless imagine have poured in, as fans and art critics alike have heaped universal praise on his heady mix of portraiture and still life studies. International Artist were sufficiently moved (with regard to his still life pieces) to write; “Bathed in varying light conditions, Baker arranges and describes everyday objects with delicate sensitivity. They have a delicious attention to detail. Baker's paintings also suggest a human presence, the objects are seemingly left in a natural state yet are so artfully organized”. Elsewhere and The Sunday Times (speaking about Baker’s ‘The Rustic Table’) mused; “'The Rustic Table' is a thrilling painting because it embodies that wonderful magic of being two pictures in one: at close quarters the mark of your pastel is so visible to the eye as to win admiration for your deftness of touch; but as one moves back and the image sharpens to what we might inadequately call "photographic" realism, the objects within this seemingly "still" life vibrate no less than cubist forms, with such intensity as to demand renewed viewing over and over again”.

Today Baker is widely regarded as one of the leading lights within the British Art classical realism genre and has received numerous art awards including; ‘Best Artist’ at The Fine Art trade Guild ceremony in London and The Garrick Prize, Christie's, London, whilst his contemporary paintings are increasingly sought after by International and British Art collectors.