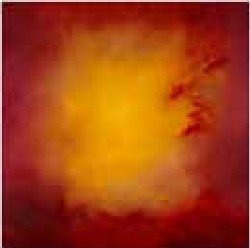 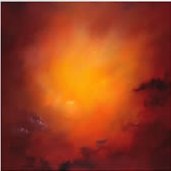 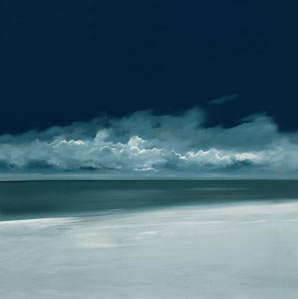 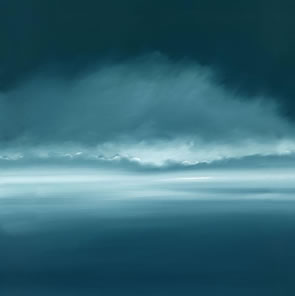 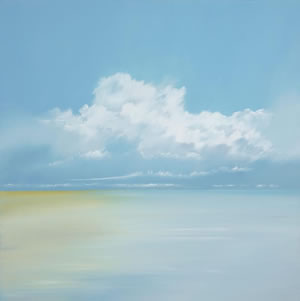 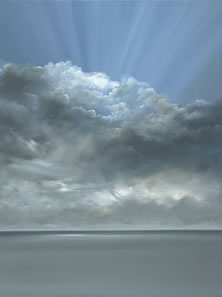 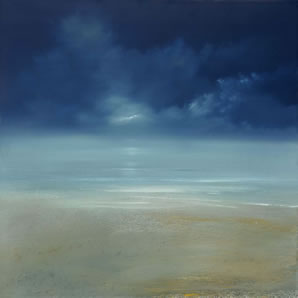 View All Art Works By Dion Salvador Lloyd
so what do we know about leading contemporary landscape artist, Dion Salvador Lloyd, other than he shares his middle name with a famous Surrealist artist whom he was named after? Well, according to his Twitter feed (yes, it’s 2013, so we don’t have to be investigative journalists anymore) he’s a big golf fan (and recently congratulated Justin Rose on his US Open victory), watches Dexter on TV and enjoys listening to the music of Nick Cave. The power of social media, eh.

Just as well really, as we can’t exactly furnish you with an encyclopaedic facts, figures and statistics about Lloyd as other than the bare essentials below as they’re not in existence it seems, with most of what we discover being the wealth of emotion and physical activity that lies behind his signature compositions. Common knowledge states that Lloyd was born in 1967 in Brighton, which as we all know is situated on England’s south coast and has long been celebrated as a creative hub outside of the usual London suspect. Lloyd’s work has been showcased extensively across the UK and just a couple of years back a selection of his then current work was selected for the Royal Academy’s ‘Summer Exhibition’, whilst elsewhere his work was represented at Discerning Eye, RWA in Bristol and the ROI at the Mall Galleries in the capital. Lloyd’s body of visual work can best be described in five, intrinsically linked words; beauty, decay, texture, weather and nature. At least that’s what the artist flags up on his Facebook page (there you go again! – Ed), which effectively have more to do with his base of inspiration rather than buzzwords.

Lloyd imagines and goes on to create what he refers to as ‘global paintings’ which pictorially convey his passion for and enduring fascination with the natural world, in which Lloyd admits to having a deep connection with. We use the word, ‘imagines’ as, remarkably, Lloyd originates each piece with the benefit of any reference point. Be that pitching his easel in front of the subject matter or taking infinite snap shots of the ‘view’ on a camera. Championing the application of oils, mark making and texture is king in Lloyd’s approach to his sublime compositions, and play a pivotal part in its illustrative execution as does tone and palette.

Internalised emotions and transient moods spill forth onto Lloyd’s canvases, in modest, subtle fashion, as opposed to graphically dramatic effect, and via his work he seeks to better understand himself and his immediate world; with each new surface artistically nurtured and presented akin to a page in a diary. Lloyd then throws open the doors of his visually encapsulated life, simply to share with us and ultimately to challenge us to see what we can find of ourselves within. According to the artist himself, his aim is to engender this feeling and urge to explore our own life further, on staring into Lloyd’s uniquely layered and complex structured compositions we’re invited to ask and learn, rather than to simply accept. Lloyd draws upon the aforementioned light, nature, beauty, decay and texture for his personal inspirations, whilst he engages with music in his studio to aid and abet the creative process. Lloyd’s work is pieced together over time and transcends many phases, and is without doubt a deeply personal experience in which the artist journeys through when establishing each and every study.

What’s makes Lloyd’s story even more remarkable is the fact that he’s a self-taught artist, having never attended any formal art schooling, yet having possessed this steely determination and conviction in his talents to master the medium of paint and to explore, interact and cajole it to his own ends in the long term. It’s this boundary-pushing attitude, to travel, illustratively, beyond both his own and viewers physical expectations and virtual horizons that marks Lloyd out as a contemporary artist to watch ever closer going forward. Because in Lloyd’s hitherto body of work we envisage this tangible connection to surfaces thanks to his visceral finish, the typical weather-beaten complexions of our own worlds, which go way beyond the seeming two-dimensions of the image which confronts us, which in turn leads to us, questioning our perception and judgement of depth, shape and contour.