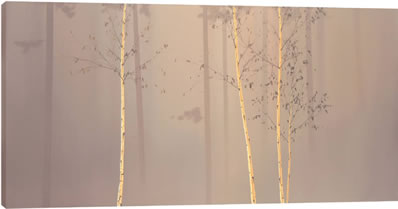 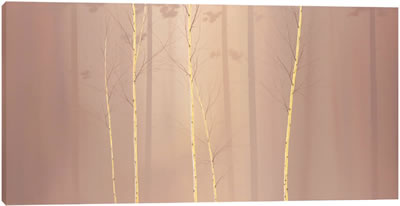 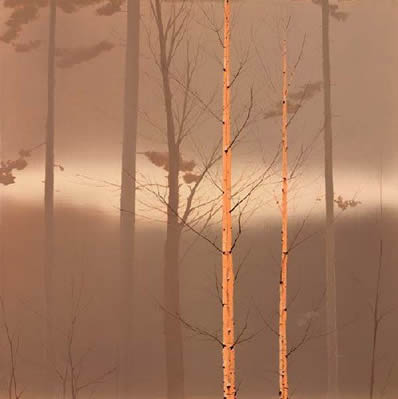 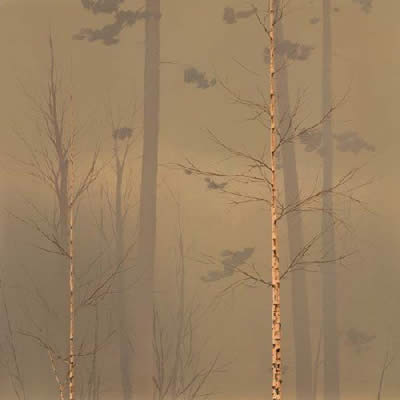 View All Art Works By Ged Mitchell
Itâ€™s not unusual for a contemporary artist to change genre tack at some juncture in their creative career, as it kinda goes with the territory in many ways, whilst the very word, â€˜contemporaryâ€™ implies the â€˜here and nowâ€™. And sometimes as we all know, the â€˜here and nowâ€™ sadly becomes the â€˜then and thereâ€™ as instead we look to the future. Or are simply inspired by a whole new set of influences or emotional and physical exposures in life. And thereâ€™s absolutely nothing wrong with reinventing yourself, as getting stuck in a rut certainly hampers creativity and originality of thought. It didnâ€™t do David Bowie or Madonna any harm (re-inventing themselves, that is), in fact it proved the opposite, garnering whole new audiences at various points in their professional lives.

Cheshire-based â€˜contemporaryâ€™ landscape-artist-turned-even-more-contemporary-figurative/portrait-painter, Ged Mitchell definitely didnâ€™t give vocational reinvention a second thought, as he recently waved goodbye to joyous vistas populated by fields, rivers, boats and woodland and said a massive â€˜hello, how are you?!â€™ to his meaner, moodier â€˜Icons Past and Presentâ€™ collection. Ged Mitchell Version 1.0 was known far and wide for his panoramic watercolours, typically depicted with a pleasingly illustrated proliferation of silver birch trees, only for them to be usurped by the onset of his Ged Mitchell Version 2.0, and his uber modern acrylics on board or boxed canvas interpretations of the pop culture likes of Twiggy, Keith Richards, Liz Taylor, Laurel and Hardy and, er, Einstein to name-check just a handful.

Mitchell is one of those growing number of contemporary artists who have never stepped foot inside a provincial Polytechnic during the late 1970s or 80s to be taught the rudiments of art and design. Be it photography, illustration, visualizing or still life portrayal. Self-educated in (initially) landscape art, Mitchell was born in Manchester in 1956, yet now lives and works out of his studio in Sandbach, deep in the Cheshire countryside. Or just off Junction 7 off the M6 if you prefer.

Mitchell found school life uneventful and terminally dull, with the notable exception of art that is, which he was said to have excelled at. Trudging out of school at 15 years of age having never sat an exam, Mitchell for all that managed to walk into a job as a photographerâ€™s assistant. This planted the photography seed in his mind, a subject which has remained of great interest to him throughout his career, despite his tenure in that particular role being best described as fleeting in his own words. He took away from it knowledge of composition and the application of light and colour that was a pre-requisite to manifesting a pleasing image, which of course would be later conveyed in his paintings. His photography bug has served Mitchell well though, as his photographs provide a constant sketch book-like source of inspiration, whilst acting as a reference point or visual anchor.

Mitchell was officially re-introduced to paint late in 1979, on purchasing a small box of watercolours, and what started off as a hobby rapidly emerged as a vocational calling which hitherto heâ€™d apparently overlooked. Within 6 years Mitchell had become a professional artist, proving that dedication (and a massive amount of talent) is all you need. And that the late, great Roy Castle was right. Although his professional art career didnâ€™t take off overnight, over the past couple of decades Mitchell has showcased his compositional work far and wide as his reputation for providing exceptional watercoloured landscapes, grew. During this time heâ€™s exhibited his individual pieces and collections at local art centres, major craft exhibitions and well-known galleries across the UK and throughout Europe and the USA. AT one point Mitchell even had his own art gallery, opened back in 1992. Who needs other peopleâ€™s art galleries when youâ€™ve got your very own, eh?

That said, running his own gallery business left little time for his own painting, which pretty much defied the objective to a certain degree, so in 1998 Mitchell jacked the gallery in and re-channelled all his efforts into his own brand of contemporary art on a full-time basis. Demand for Mitchellâ€™s watercolours had never waned during this intervening period and he took up where he left off as a popular artist. His landscapes were spectacular by all visual accounts, depicting scenes of vividly scorched skies harvesting angry cloud formations, hanging with intent over desolate, wild and thought-provoking terrains pitched beneath. These landscapes were habitually completed and presented in his favoured watercolours, yet as we mentioned earlier, Mitchell has branched out into acrylics on canvas of late, coinciding with his change in artistic direction and design language.

Where before there was silver birch trees and/or draconian vistas of the Lake District, East Anglia and Derbyshireâ€™s equally beautiful, Peak District, along with views and horizons instantly familiar to the people of Sandbach and its surrounding environs now we see Paul Weller, Madonna, Brunel, Morrissey and Jagger staring back at us, from behind a wall of dot matrixes as part of his impressive â€˜Icons Past and Presentâ€™ collection. A big as a departure as youâ€™re likely to ever witness. But as ever thereâ€™s a huge market for Mitchellâ€™s work, and whilst his new direction might not lend itself as naturally to greetings cards covers, thereâ€™s no denying that his future bodies of his work will form part and parcel of private collections here, there and everywhere.