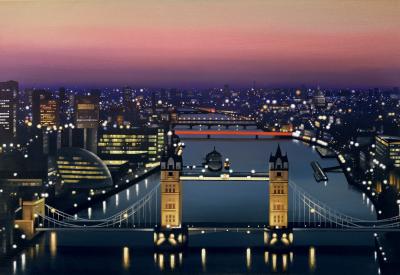 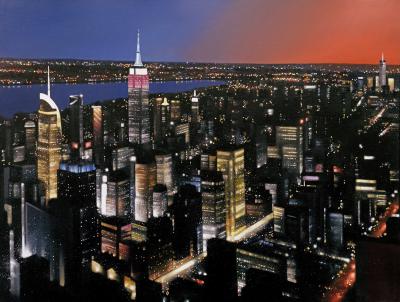 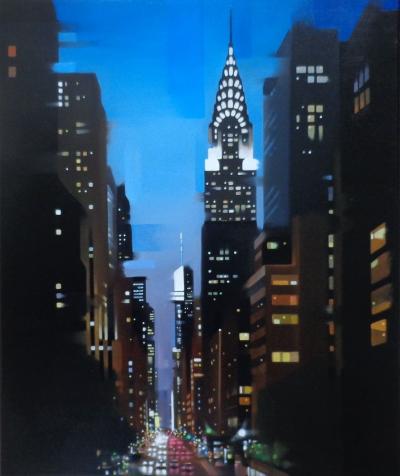 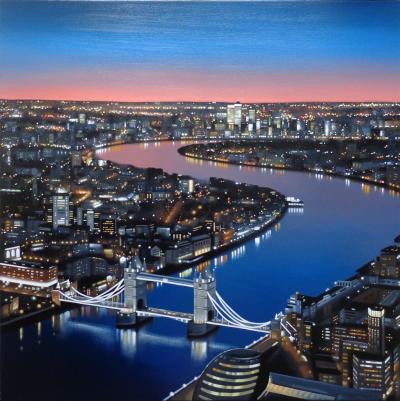 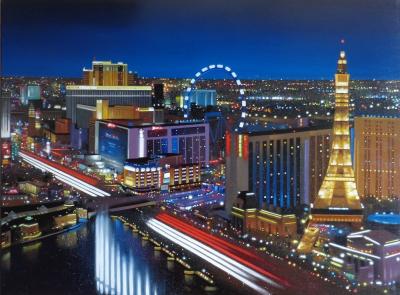 View All Art Works By Neil Dawson
Although believing his future lay in art from a relatively early age, fine artist, Neil Dawson’s creative education didn’t go entirely to plan; and very nearly didn’t happen at all. Despite showing much enthusiasm and talent for the subject during his formative years and being encouraged within a school setting, things reached a rather premature and somewhat abrupt end after having his eyes opened wider at art college. And not just any school of art. After managing to win a place on an Art Foundation course at the highly respected Central Saint Martins College in London (responsible for the artistic enrichment of amongst others; fashion designers, Stella McCartney and Alexander McQueen, interior designer, Terence Conran, industrial designer, James Dyson, Pop Art pioneer, Peter Blake, contemporary artists, Gilbert and George, actors, Paul Bettany, Pierce Brosnan and Colin Firth and musician, Jarvis Cocker), Dawson decided to not pursue his interest in art any further on completion of his studies. Irrespective of remarking how much he had enjoyed his one year foundation course, Dawson readily admits to have struggled with certain elements, which ultimately made him decide against furthering his own career in a creative realm.

The elements he speaks of, and which tainted Dawson’s understanding of the subject matter was the way in which as an art student it was expected that he discussed the embodiment of his works and describe what it was about and what message it conveyed. It was Dawson’s strong belief that his work would essentially mean different things to different people, and that he preferred it if potential viewers drew their own individual conclusions, not premeditated ones almost force fed by the artist behind the piece. This dissecting, post-mortem-like approach to his art work was an alien concept to Dawson and he felt ill at ease having to seemingly justify his art work. And proved to be a bridge too far, resulting in his falling out of love with art to a large extent. In the aftermath of Dawson’s stint at art college, his higher educational path went in the polar opposite of directions, as he opted to study for a degree in economics, from which he used graduation as a platform to launch his consequent career in banking.

Yet whilst not invading his everyday thoughts, notions of art were never kept under lock and key by Dawson, and he has a passion for travel to thank for reigniting his affairs of an artistic heart once again. Discovering strange, evocative, enchanting, magical and far flung destinations across the globe during his plentiful travel odysseys, Dawson the artist was finally reborn. As the artist explains himself, this perpetual exposure to such wondrous and beautiful vistas and panoramas was captured on his camera throughout his journeys, and once he settled back at home in England Dawson decided that it was high time that he dusted off the palette and paints and attempt to cement on canvas these stunning new dawns he’d witnessed up close and personal. Exorcising the demons that had haunted him since turning his back on a career in professional art from lessons learned at Central Saint Martins, Dawson quickly realised what he’d been missing during the intervening years and his self-imposed art exile, and almost immediately arrived at the conclusion that he must now make amends and revaluate his approach and appreciation of art and where it had the potential to take him as an alternative career. Dawson decided he now had no time to lose as he gave art a second chance as it were, and set about compiling a body of creative work that he hoped people would take seriously at a later date.

Dawson considers himself to be a very visual person, whereby he devises his ideas and concepts from what collides with his every day. Everything that enters his personal space. Whether that be thumbing through newspapers, sat in front of the TV or walking around town, Dawson absorbs images, compositions and colours, looking to gleam that one aspect, element or dimension that will trigger a creative chain reaction and immediately inspire him to start composing a piece. Or at least, sparking the ideas for a future concept. Dawson tells of how he often happens across odd scraps of paper with notes and sketches jotted down in fleeting moments of excitement spurring on by a brief visual experience or awakening, which then subsequently act as the point of origination for the bigger picture. More often than not Dawson’s muse is caught on film, as he champions the case of photographic reference material as his first port of creative call, that essentially afford him a clearer, basic structure to work from. Having said that, Dawson insists that any initial rigidity in form is alleviated by the freedom of his brushstrokes thereafter, and the free flowing movement that symbolises his trademark compositions.