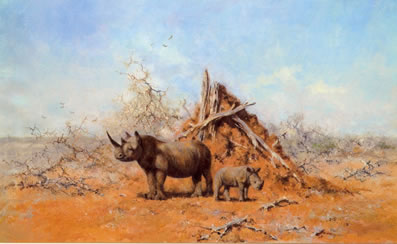 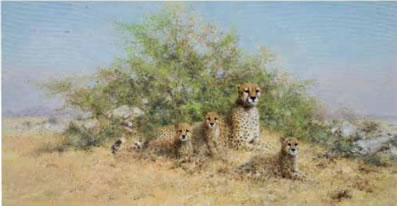 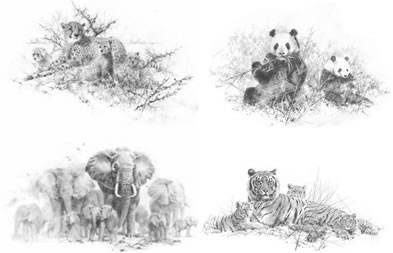 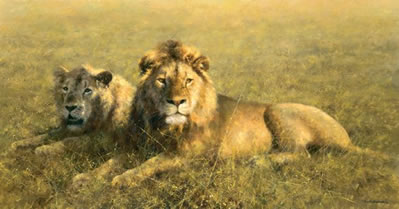 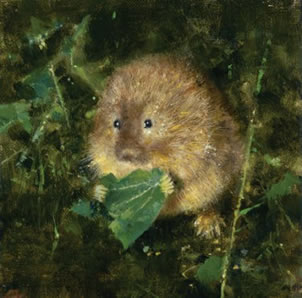 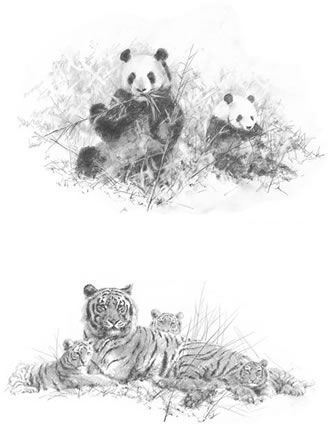 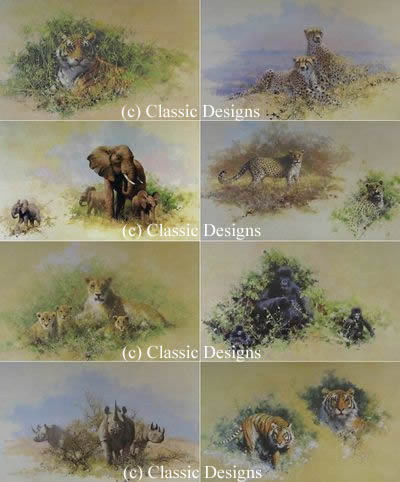 View All Art Works By David Shepherd
David Shepherd left school in the 1930's and travelled to Kenya to pursue his dream of becoming a game warden.The National Parks did not accept him for the post so he had no choice but to return to England where his only two options were to drive a bus or possibly paint for a living. Shepherd enrolled at the Slade school of Fine Arts but was not accepted due to his own admission of a lack of interest and talent in painting and the fine arts.

Shepherd met with a professional artist named Robin Goodwin who acted as a mentor to him, three years after his chance meeting with this artist David Shepherd pursued the two great loves in his life which were avation and steam engines. His interest in aviation which led him to the Royal Air Force who commissioned him to paint pictures of aircraft. It was with the Royal Air Force in 1960 that he was flown to Kenya and was commissioned to paint his first picture of elephants.

"My career took off, and I've never looked back", stated Shepherd. It was at this time that Shepherd became an avid conservationist after witnessing 255 dead zebra around a waterhole poisoned by poachers. One of Shepherd's best selling works is titled 'Wise Old Elephant' this was painted in 1962. His first one man exhibition was also a sell out hosted by the Tyron Gallery in London. In 1984 he set up the David Shepherd Wildlife Foundation which to this day has raised over 3 million to help endangered animals and their environments.

He is widely recognized through his unique painting style, the many books he has written, the documentaries and films he has made and of course the numerous awards he has gained through his artistic talents and his avid support to conservation. "The greatest thrill of my life is able to repay in fair measure the debt that I owe to the animals I paint and which have brought me much success. We all have a debt to pay for our stay here. This is mine".