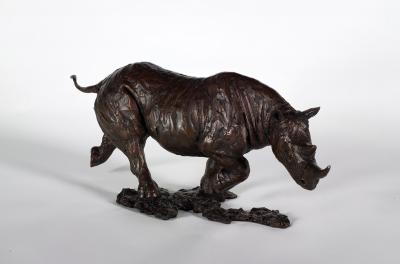 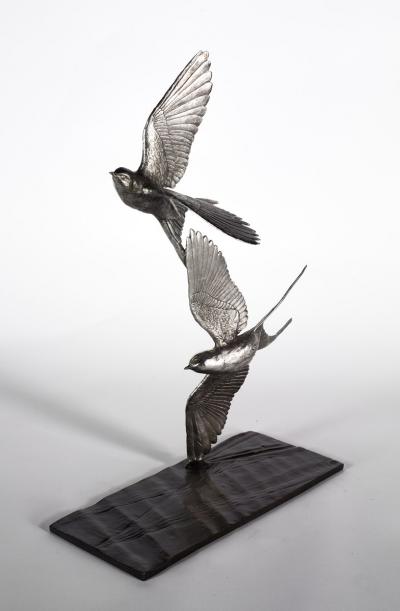 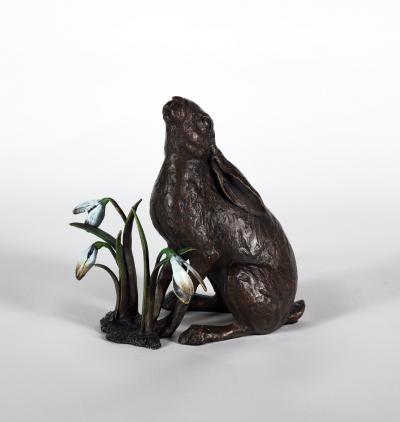 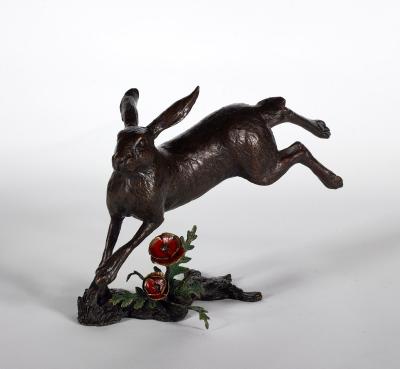 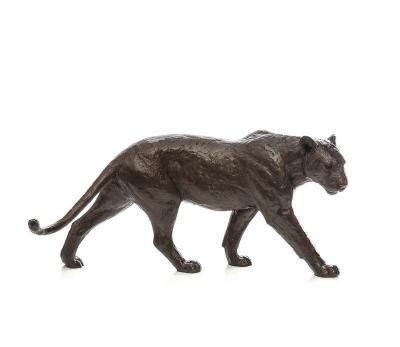 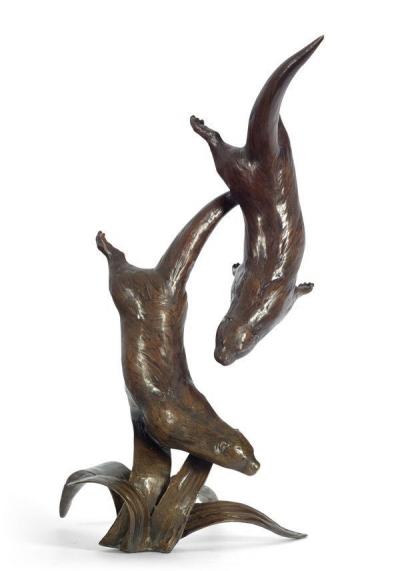 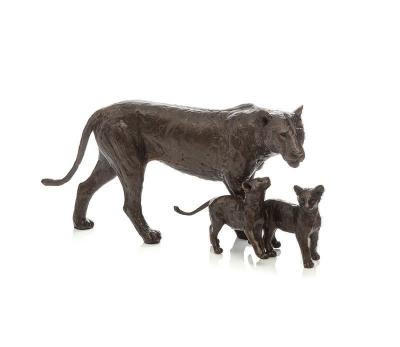 View All Art Works By Michael Simpson
Dancing, jigging, sparing, boxing, playing, cavorting. There are so many explanations as to just what Michael Simpson’s majestic hares are up to as he captures them in his signature bronze sculptured casts, but of course the narrative is all the viewer’s own. What we can tell you however, is that it was his (now) trademark hares which were wholly responsible for a young, short-trousered (probably) Simpson to venture down the path signposted ‘Contemporary Wildlife Sculpture’. And that very path was situated in deepest, most rural North Wales, not more than a hop, skip or (hare) jump from his grandparent’s farm which was located in this magnificent part of the world.

Being born and bred in London meant that opportunities to be knocked for six by the splendours of the countryside/nature would have been few and far between, were it not for the fact he (along with his mum/dad/family) could high tail it some 250 miles north by north west each and every summer, high day or holiday to far more inspiring vistas and horizons, care of his grandparents’. And oh how he embraced this most natural of wilderness, complete with sketchbook and under the artistic guidance of his father, himself something of a dab hand with the old art tools according to Simpson.

It was while out capturing the very essence of plant and wildlife whilst he trudged the northern-most part of the land of our (someone’s) fathers, pencil clasped in hand, pad in pocket, a young and impressionable first witnessed two boxing hares. Going at it hell for leather, seemingly unaware of their audience, a boy Simpson was mesmerised by the impromptu spectacle put on for him, and there and then (pretty much) decided that he wanted to be an artist/sculpture.

Having said that – and despite many more holidays and exposure to such rural scenes – when the time came to make his choices in life, Simpson ticked the box marked eco warrior rather than sculptor artist. Or to clarify, he elected to follow a higher education route to becoming an ecology and wildlife conservation student. Or at least, he nearly did. Bagging 3 Science A Levels Simpson was all set for a more academic side of university life, before he experienced a last minute change of heart. Conservation’s loss was sculpture’s gain though, as thanks to also having acquired an A Level in Art, Simpson opted to study fine art in the event.

Whilst attending art school, Simpson was fortunate enough to come into contact with an award-winning sculpture who just so happened to be one of the tutors on his course, and after specialising in this particular discipline wasted no time whatsoever in deciding on his future artistic direction once he’d graduated. This conclusion was reinforced at his final year show as his major sculpture piece, a moon gazing hare, grabbed the top prize in the Leaver’s Exhibition, and as if things couldn’t get any better for Simpson, said 3D study was purchased thereafter by an influential local art collector, which of course did wonders for Simpson’s confidence.

On the back of this euphoria and whilst riding a crest of a positive wave, Simpson grabbed the nettle with both hands and launched himself as an actual fine artist/wildlife sculpture then and there. Well, the ‘when’ being then and the ‘there’ being the very familiar North Wales, where Simpson set up his studio; in the heart of the country and its wildlife residents who had so inspired him in the first place. Although not having overnight success, Simpson dug deep and grafted away with his animal sculptures, and slowly but surely he began to raise awareness for his artistic creations amongst the local and regional community, as he effectively moulded a reputation for himself and moreover, his specific brand of art sculpture.

Eventually Simpson could command decent money for his sculptures as his popularity and subsequent demand for his art increased over a period of time; fundamentally being able to showcase/sell them through his own studio space and art galleries throughout the UK once he’d established himself and a potential customer base. This process was aided and abetted once he was introduced to (and consequently represented by) DeMontford Fine Arts, who are known and respected as one of the country’s best art publishers.

Having swapped one great wilderness for another, Simpson now calls home the edge of Dartmoor, which again grants him immediate access to the greatest of outdoor areas in yet another national park boasting tremendous vistas and panoramas at every turn, and is now considered amongst the most popular of the wildlife sculptors working in Britain today. Furthermore Simpson’s pieces are sold throughout Europe and America, as his reputation continues to grow.