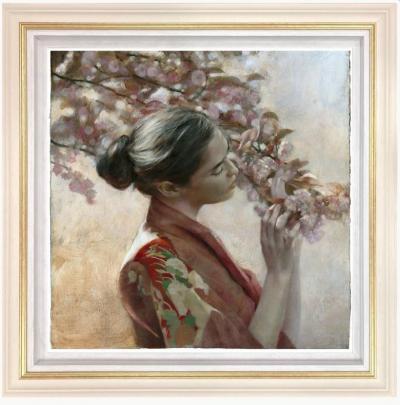 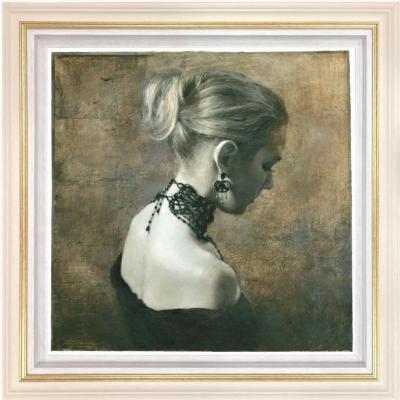 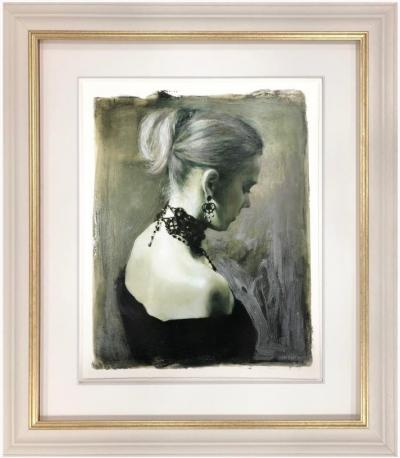 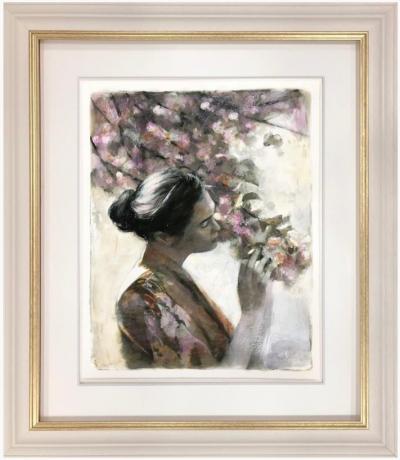 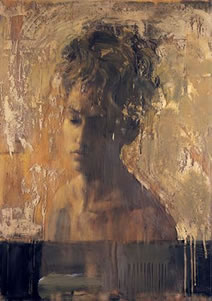 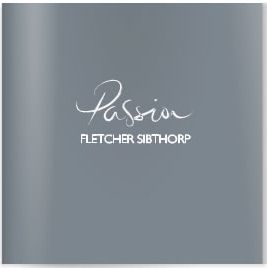 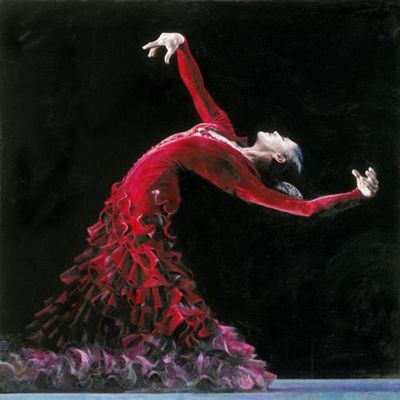 View All Art Works By Fletcher Sibthorp
“When a body is caught on film at a slow shutter speed it is abstracted. I quite like that – bits of bodies missing, blurred. It is a bit like a visual puzzle, where the viewer fills in the gaps.” The thoughts put into words of one of the UK’s most prominent and highly regarded contemporary figurative painters at large, Fletcher Sibthorp. This leading exponent of the figurative genre routinely draws his inspirations and muses from any number of sources, from books and music to travel and the everyday, yet there’s one primary influence and creative motivator in the illustrative world of Sibthorp; and that’s dance. Or to put it more precisely, dance performances.
Since graduating with a BA (Hons) degree from Kingston University, Fletcher’s career has ascended with the velocity of the Space Shuttle, as commissions for major contemporary art installations from a host of prestigious and household name companies have flooded in. companies such as BP, British Airways, British Telecom and Sony Records amongst others, while hallmark examples of Sibthorp’s work have twice appeared on the cover of The Evening Standard. And then there’s his work for The Royal Shakespeare Company, who have invited Sibthorp to create on their behalf on numerous occasions, whilst his artwork has graced the pages of biographies for both Bertrand Russell and Virginia Woolf and appeared on covers of numerous books and record albums to date. And then there’s the accolades which have arrived as quickly as the compositions have departed. Amid the silverware, two honours stand out from the outset, including the three occasions in which Sibthorp’s bagged the Association of Illustrators title and the six occasions he’s lifted the Awards of Excellence title. He also was voted third best-selling published artist by gallery owners in the 2005 survey by Art Business Today Magazine.
Born in Hertfordshire in 1967, Sibthorp’s career went stratospherical since collecting his degree at Kingston Uni back in 1989, after which he’s spent the intervening years painting and exhibiting extensively. During that time Sibthorp’s laid on shows (or had shows laid on in his honour) in both London and Hong Kong, as his bespoke dance and performance-orientated compositions have fired the imagination of and enraptured audiences, subsequent loyal fans and seasoned art critics in equal measure. Sibthorp’s paintings have since gone on to hang pride of place from the walls of art galleries, restaurants, private residences and commercial premises in all four corners of the globe and is today acknowledged as one of the foremost published figurative fine artists, with an extensive back catalogue of highly sought after limited edition prints to his name. His hugely successful exhibitions and book launch in Cork Street, London in March, 2005 and March 2006 saw his prices for major oils soar to over £20,000, as a result of Sibthorp’s rising stock.
Harking back to those early days however, and Sibthorp put in the hours as he accepted and undertook a phalanx of commissions on a regular basis in a bid to grow his skillset and build a reputation for himself that would serve him well as he progressed in the contemporary figurative art world. For the first few years out of Uni, Sibthorp dedicated himself to those commissioned pieces, fulfilling various creative briefs for corporate brochures in the main, alongside of magazine features and book jackets. Yet in 1992 Sibthorp got the breakthrough that his personal art richly deserved, and the shop window that it demanded, as he was invited to stage his first solo show at London’s Stable Gallery. Sibthorp’s intimate ‘In Motion’ exhibition garnered much interest in the contemporary art community and suddenly people were speaking his name; and moreover as a direct result of the show five of the large scale pieces which Sibthorp showcased at the show were snapped up by a private health and sports club in the capital to be displayed as part of their permanent collection. That marked the beginning of Sibthorp’s professional painting career, and from there has barely had the time to look back or indeed, take a breath, as opportunities arose and doors began to open far and wide.
Talking about his muses and what motivate him to produce the stunning performance pieces he does and which have become synonymous with Sibthorp’s creative trade in life, the artist offers; “I was always interested in the human form and except for a few paintings have painted nothing but”, before adding; “To interpret weight, form, light and then the flow and line of the human form is the challenge. To create the body with as much economy of line as possible, like Gustav Klimt's drawings, is the ultimate goal”. Explaining how passionately he feels about the classical themes and their apparent simplicity of line and stroke and the very fact that it’s underpinned by the notion of the ancient, Sibthorp describes that; “As a figurative painter, I also like the way you are involving the viewer. You are asking them to interpret and add their own experiences to a painting”. He goes on to conclude that; “People can't help but associate or relate to a figurative work. It's not the same with a bowl of fruit or landscape, no matter how dramatic it is”.
Latterly Sibthorp’s projects have diversified to include a number of alternative series, culminating in one of his most recent illustrative outings, his ‘Quiet Space’ visual concept. Viewed as perhaps one of his most personal graphic standpoints to date, Sibthorp offers his own slant on this latest series of pictorial reveals by suggesting the following; “Quiet Space represents for me, captured moments of human introspection and frailty, instants which exist and then are gone, whether an expression, the way light falls and catches the face, or a simple portrait”.