View All Art Works By Shazia 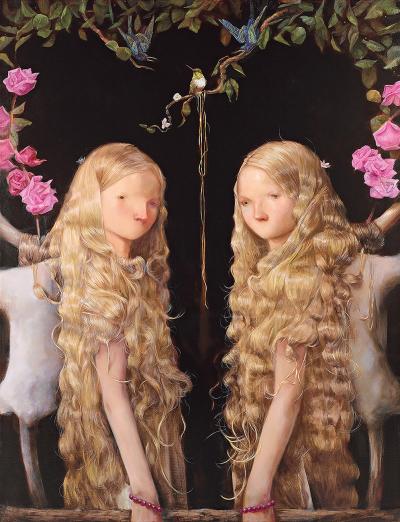 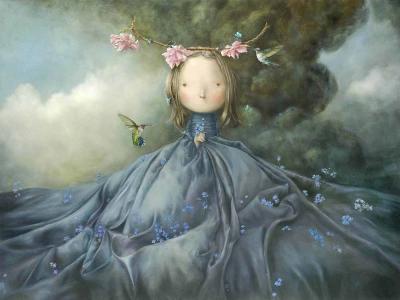 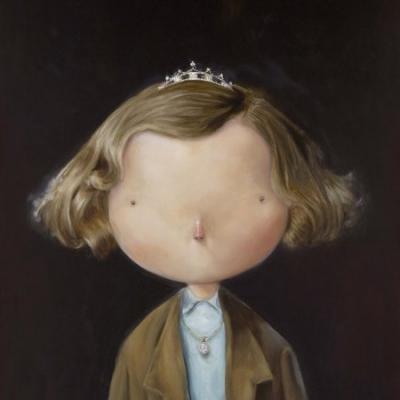 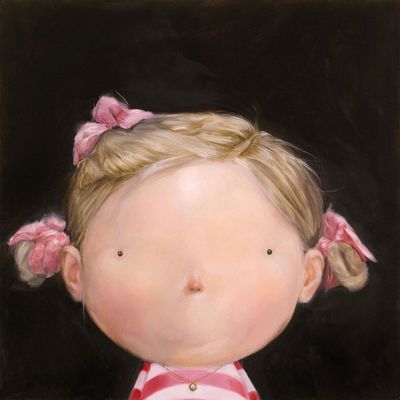 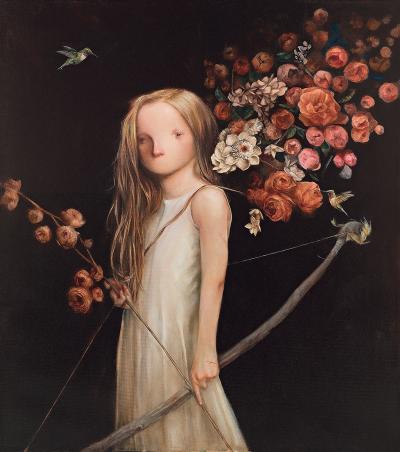 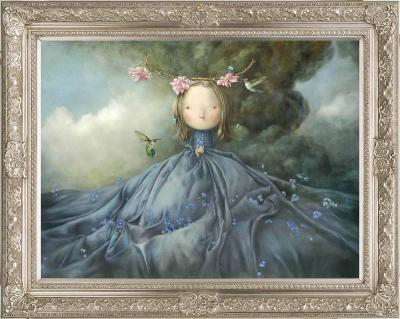 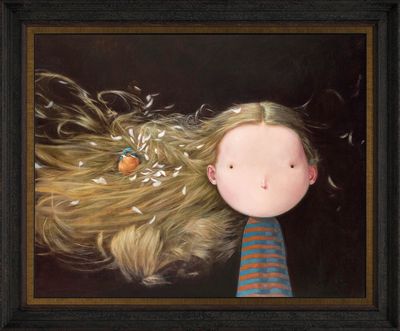 View All Art Works By Shazia
Born and bred in Keighley in Yorkshire in 1972, one of the UK’s most acclaimed contemporary figurative artists, Shazia makes a pleasing habit of conjuring up delightful images of small children with exaggerated heads, yet minimalist features, care of her Tim Burton-esque illustrative creations. Part angelic, part unruly, all instantly gratifying, Shazia etches an untold depth to her character’s faces, despite the seeming absence of any true expression or features; which in itself is quite the art. And then there’s Shazia’s name, just the one. Which immediately makes her one of those cool artists – painting or musically-speaking (and a host of Brazilian footballers) – who are known by just the single moniker. Like Eminem, Sting, Beck, Bono, Seal and Shakira. But this is by the by, as we’re here to give you the low-down about Shazia the artist.

Born into a large family with many sisters, Shazia would sit for hours at the feet of her seamstress mother as a child, as she went about her business of measuring, cutting, pinning and sewing to help with the family income. All the time, her mother would be regaling Shazia with enigmatic and magical stories from her Pakistan homeland, which in itself would have her daughter’s mind and imagination working overtime. This obviously stood Shazia in good stead in later years, when she was searching for inspiration and could recall her mum’s encyclopaedia of tales which consequently set her off on an artistic flight of fancy. Suffice to say that Shazia was also a promising young artist during her childhood and formative years, the creative gene as such clearly passed down through her mother, who fashioned the most exquisite of dresses and garments from the confines of her sewing machine. This talent didn’t go unnoticed at school, where Shazia the budding artist was coaxed and encouraged by her art teachers to develop and evolve her naturally occurring gift.

On leaving school, Shazia headed for higher education and took a Graphic Design route, after completing an Art Foundation course prior. It was during her time studying for a BA (Hons) in Graphic Design at Leeds Metropolitan University that Shazia nurtured her attributes in Illustration, opting to follow this route for the remainder of her degree course. With her graduation behind her, Shazia did the rites of passage student-y thing and plotted coordinates to backpack the globe, although in the event plumping for the circumnavigation of Latin America and Africa. Of course exposure to these amazing cultures opened Shazia’s mind up still further to her own creative possibilities, and force of childhood habit meant that she visually documented anything and everything as she went in her handy, backpack-sized sketchbook.

On returning to the UK, Shazia secured a role as a Studio Designer at an established company in Yorkshire, yet very quickly found it to be not quite for her on account of the high-pressure, break neck pace of a typically hectic design studio. Ultimately the fact that it served as the polar opposite of the more ambient and laid back lifestyle in which she’d grown accustomed to whilst travelling was too much to bear, and instead Shazia took the decision to go freelance with her art. She successfully managed to carve a living from this for five years, before the arrival of her own family – two little boys eventually – and the dedication of her time to their needs. Thereafter though and Shazia bit the bullet so to speak and branched out as a full-time artist in her own right, exhibiting both locally and nationally and somewhere down the (recent) line grabbing the attentions of respected and leading UK art publishing house, Washington Green, with whom she successfully collaborates to this day.

Inspired by fantasy book reading – as well as her mother’s story-telling prowess – the main body of Shazia’s artistic work is loosely based in a fantasy world and laced with an ethereal quality and moody ambience the like of which is joyous as it is sometimes disarming. In terms of how the artist actually lays down the artwork and it’s interesting to learn that it isn’t formulaic in any way. Her characters are first etched out, outlined if you like, head first. At this juncture Shazia will either refer to her original sketchbook and elect a character which she may have already committed to her ‘thought journal’ or she’ll go freestyle. Surprisingly, if Shazia chooses the latter option, she concludes that the outcome will appear very different and what she believes to be much more successful. The individual character’s ‘character’ becomes physically evident and manifests itself as they are being painted, with Shazia suggesting that a mere flick of the paint brush or an eccentricity of hair being the compositional game changer in her estimation.

Shazia’s favoured material and medium is oils on canvas, which she feels afford her a greater flexibility, whilst the artist is also an aficionado and practitioner in the technique of ‘underpainting’ as championed by the Renaissance movement and which leads to a volume and dimension of flesh tones which lifts the subject matter from the canvas in the opinion of those who favour its application. Shazia habitually works on multiple paintings simultaneously, so she doesn’t get too bogged down in the complexities of one study at one sitting, an approach which works well for her. As touched on at the top, Shazia’s characters are more often than not, endearingly cute yet conversely strange little people with a charm and appeal all of their own, which of course isn’t universally met with approval.

The best person to explain the reasons behind the children is Shazia herself, who explains the following; “My painted little characters are presented like the typical portrait paintings of old; quite still and ordinary. Yet there is plenty about them that is peculiar. An unsettling charm made all the more apparent by their enigmatic gaze. They are vulnerable in scale, sharing neither their proportions nor their features. Their sizable heads and characteristic hair, dominate the canvas, equalled only by the charming nervousness revealed within the peripheral ‘full stop’ eyes that stare blankly back”. The artist goes on to conclude; “The absence of a mouth perhaps gives you the impression that they are essentially solitary and lonely characters, devoid of communication. But this is not to say they are unloved or isolated; rather they provide sentiments of hope joy, sadness and loss. They are in essence a tensely guarded connection to a benign world summoned by the passing of time. They are carefully preserved, given existence and above all loved”.