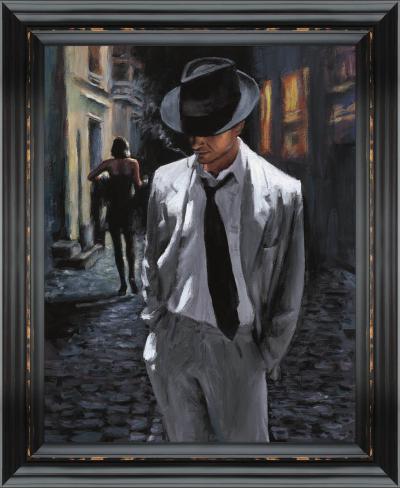 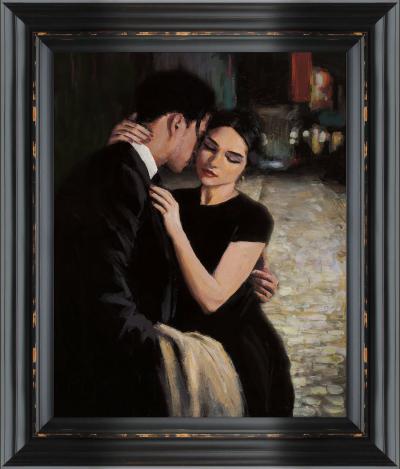 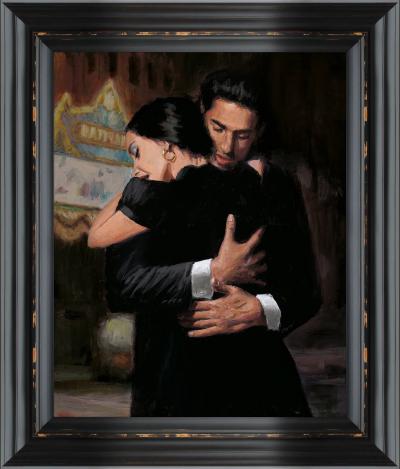 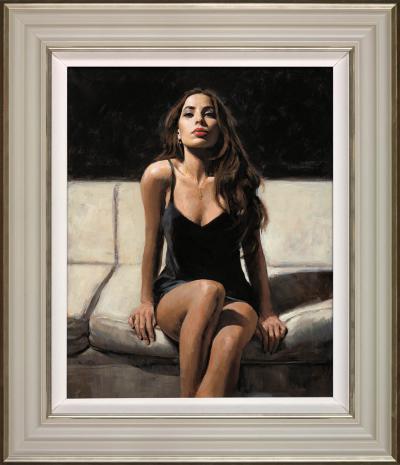 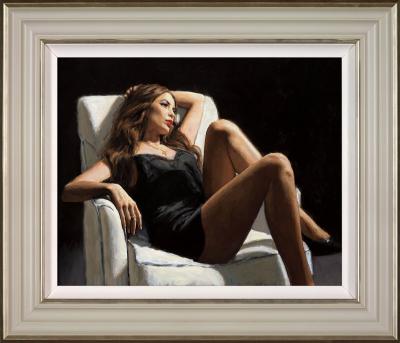 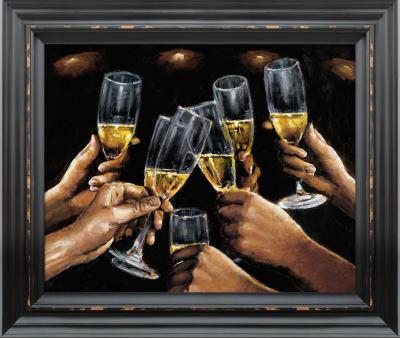 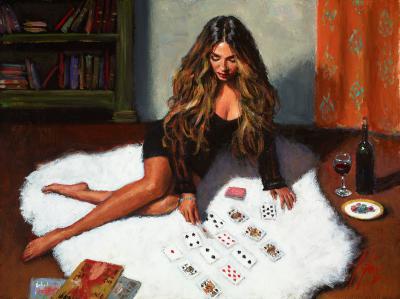 View All Art Works By Fabian Perez
Born in Buenos Aires in 1967 to a Brazilian mother and Argentine father, Fabian Perez was just 9 years of age when he became fascinated with paintbrushes and watercolours. This fascination turned into a passion for fine art in particular as he entered his adolescence as he regularly painted portraits showing much promise of his friends and family; yet it had to share top billing with Perezï¿½s other great interest, that of martial arts. Perez insists that the discipline necessitated by active involvement in martial arts carried over and provided a focus for his painting too.

In terms of his works of art, Perez would be the first person to admit that he was influenced (whether consciously or subconsciously) by the errant and oft unorthodoxically-lived lifestyle that his father chose to immerse himself in. Perez portrayed his father, Antonio, in his noted early paintings as the ï¿½cool guyï¿½ stood outside the nightclubs and bordellos of Campana, found just outside of Argentinaï¿½s capital city.

Perez paints a strangely alluring, but potentially damaging picture of his formative years, littered with talk of how his father would be regularly chased by the police and ultimately have his several brothels and illegal nightclubs closed down. One resonating and enduring feature of his younger years is the illustrative use of these beautiful, seductive ladies of the night, who came to be a fixation of his youth, and who is brazenly portrayed in Perezï¿½s signature works. Thereï¿½s no mention of how his mother, Edua Herreria, a beautiful Brazilian women lived with her husbandï¿½s business ventures, suffice to say Perez cites her as the creative tour de force behind his career and life in general.

Tragically, aged 16, Perezï¿½s inspirational mother passed away, and just 3 years later he lost the colourful character that was his father, too. As youï¿½d imagine, the sudden void left in his life rendered Perez bereft, and in search of answers. It was shortly afterwards that he was introduced to the individual who helped pick up the pieces of Perezï¿½s life and help rebuild and restore a sense of purpose to Perezï¿½s existence and immediate future. That person was Sensai Oscar, who went on to become Perezï¿½s teacher, master, close friend and for a large part, a father-like figure to someone still reeling from a double tragedy. Oscar provided an inner peace and helped Perez gain the strength of mind and body to continue on his lifeï¿½s journey. This was engendered through the study of martial arts, an area which had held Perezï¿½s interest from his childhood.

It was in 1987 that Perez embarked on a journey of self discovery and artistic prophecy, thatï¿½s lasted until present day and taken in a number of the worldï¿½s greatest cities. His globe-trotting led Perez to a six-month stay in Rio, after which he took up residency in Padova, Venice which he called home for seven years. In Italy he filled his time mastering the martial arts with Oscar, whilst painting daily. Itï¿½s in this setting that he also penned his book, ï¿½Reflections of a Dreamï¿½. Perezï¿½s next move saw him creating his home in Okinawa, Japan (where he painted the Japanese flag and a meditating man, both of which hang in the government house there); before he finally settled in the place he still resides in today; the naturally relaxed setting of Beverley Hills in Los Angeles. On first arriving in West Coast America, Perez gained employment as both a busboy and a model, which he balanced alongside running odd jobs for Universal Studios in Hollywood, no less. Perez doesnï¿½t hesitate in referring to this period as the most creative time in his life, as despite working all day, this afforded him the means to paint all night. Today Perez divides his time between inspiring others via his painting and writing, while also finding time to play soccer, train and teaches martial arts to close friends. He still travels the world for inspiration.

It wasnï¿½t until 2001 however that the contemporary art world stood up and took notice of Perezï¿½s talents, when two art publishers and gallery owners observed an exhibition that Perez had put on. Within a week of first witnessing Perezï¿½s work, theyï¿½d formed a partnership to promote, market and develop Perezï¿½s career as a figurative artist, and bring him to a whole new audience. The collaboration proved hugely successful, and with word spreading, Perezï¿½s work found new owners in next to no time.

As a figurative artist, Perez favours acrylics, which he utilises to dramatic effect and which are responsible for producing bold, symbolic imagery. Explaining that he harnesses his emotions to enable him to paint how he wants to, Perez goes as far as to compare his pieces as being akin to emotional roadmaps; thatï¿½s to say artistic guides that take the viewer in whichever direction that they seek to travel at any given time. With this in mind though, Perez wonï¿½t be drawn on his style, and doesnï¿½t believe in stereotyping his work, believing that labels limit creativity and evolution. Strong romantic feelings are the underpinnings of Perezï¿½s art, and his passionate conveying of, while he cites Muga (the martial art discipline of literally, emptying the mindï¿½) as key to his inner calm which is reflected in his works of art, and which allows for the transcendency of purity through a meditative state according to Perez.

Creatively-speaking, night time provides the setting for most of his works, and his clear fascination for a city under the spell of darkness was borne out of his fatherï¿½s businesses and movements when Perez was young. Women play a significant role in his instantly recognizable pieces too, which again can be traced back to his youthful experiences with strong femme fatales who would often look after Perez and were seen by his young, furtive eyes as beguiling, seductive creatures of the night, yet at the same time exuded a warmth and humanity often unseen in differing, adult circumstances. His portrayals allude to an intimacy and respect toward the female subjects of his paintings. Rhythm also can be determined through his works, whether by the way the subject carries themselves and their general air and deportment or when tripping the light fantastic. This stems from Perezï¿½s own background in musicianship alongside of his dedication to karate. Both philosophies of which are central to ebb and flow and the juxtaposition between movement, sound, expression, and discipline.