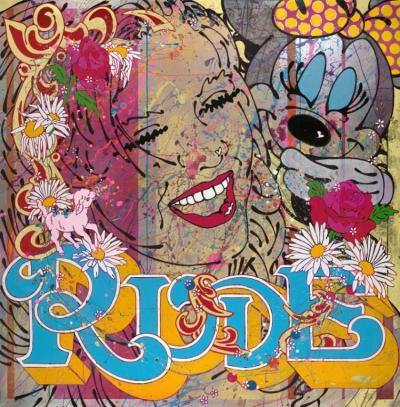 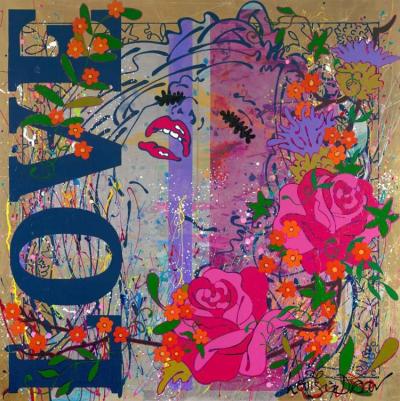 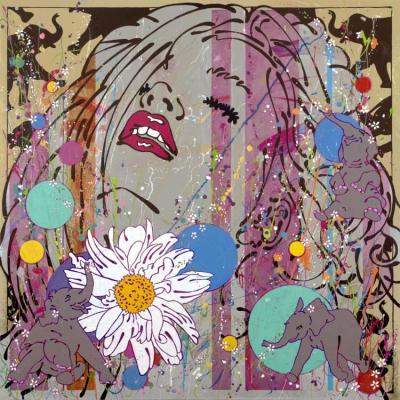 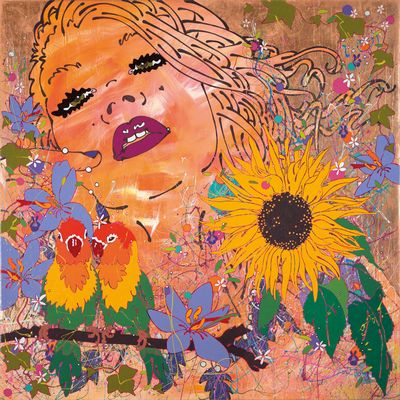 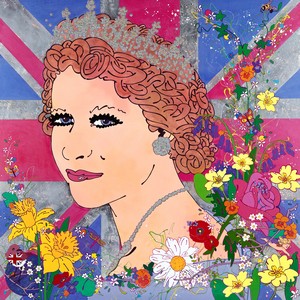 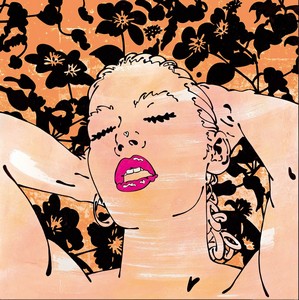 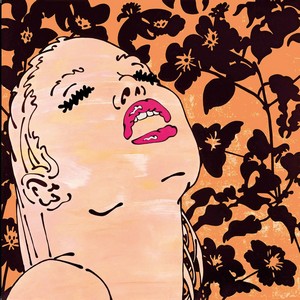 View All Art Works By Louise Dear
Celebrated contemporary portrait and figurative fine artist, Louise Dear was born in Hampshire, a county found in the south east of England in 1963, and from an early age showed considerable interest in both fashion and art. Whilst art may have won the initial bouts during Dear’s schooldays, fashion took the upper hand when it came to higher education as the future professional artist opted to study Fashion Design at Medway College of Art and Design. But what happened next resulted in Dear disappearing off either the fashion or art map. Although to be honest, Dear pretty much erased herself from any maps as she went AWOL for a number of years. Or as students tend to refer to it as, ‘going and discovering themselves’. So travelling then, basically. Yup, upon leaving with a fashion qualification to her name, Dear was hell bent on circumnavigating the globe in a heavily pimped pink ambulance from yesteryear. Co-ordinates which took in Europe, Africa, Asia and Australia were plotted and sought out over the following number of years, as which started off as a spot of typical back-packing ended up in the starting of a whole new career on the other side of the world.

Not long after arriving in Sydney, Australia, Dear secured a job as Exhibition Designer for global construction company, LEGO no less; which she held down for nigh on seven years. Which sure beats working in bars or on outback ranches as is so often the case for Brits Down Under. On eventually returning to the UK for the birth of her daughter in 1993, Dear decided to revisit her further education with a clear view now of making it as a fully-fledged professional artist. Landing a place on an art course at the University College in Chichester, she successfully graduated in 1998, and it wasn’t long before she began taking the contemporary art world by the scruff of its neck as her pieces began steadily finding their way into exhibitions and art galleries both regionally at first, and then nationally later. These days Dear’s individual works and collections have – like the artist herself – travelled extensively, pitching up in galleries and museums in both America and Australia. However, Dear’s greatest showcasing achievement to date according to Dear herself, was her exhibiting works at London’s prestigious Royal Academy.

As we bode farewell to the noughties, Dear’s work and reputation caught the eye of one of the UK’s leading art publishers, and in 2010 Washington Green liked what they saw and snapped up Dear on the spot, adding her to their considerable stable of contemporary art talent. The exposure that Washington Green could afford Dear was immeasurable, and in no time at all her work was gaining whole new audiences, plaudits and recommendations, all of which led up to one of her finest hours as a practising artist a year later. In 2011 Dear received a commission from none other than iconic Italian car manufacturer, Alfa Romeo to produce a line of bespoke works that would adorn one of their latest and most anticipated new models, the MiTo. Dear’s designs for the Alfa Romeo were met with approval and fascination in all corners, and a year on from this Dear was invited by Castle Galleries to manifest artwork for a hat to be specifically showcased (and sported) at Ascot’s famous Ladies Day that very summer.

Today, Dear lives with her daughter Lama-sea Dear in Totnes, Devon on the south west coast of England, and is well known for her visually commanding (and fairly sizeable) pieces. Pieces which appear to the naked eye grounded in Art Nouveau, yet with traces of other notable movements and styles of artistic expression too. Dear likes to describe her trademark works as; “Shocking, vibrant and intense (in terms of her evocative and passionate administration of colours), continually exploring the power it has to invade our senses and influence our emotions”. Historically working within the confines of large sheets of prefabricated aluminium, Dear’s surfaces are primed and then initially subjected to the overtures of a number of diverse materials, actioned upon them. Literally anything from inks and dyes to glitter and glosses, which are unceremoniously thrown, smeared, poured or dripped onto the original flat surface, which essentially forms the backdrop for the piece.

On this note Dear remarks; “I continually experiment with a multitude of materials, seduced by their substances, fascinated with their movement, individual textures and how they respond to one another”, before adding; “As the painting evolves, I become intrigued with the marks, how the line within a magnified face or body, organically flows. It is as though the image has, at this stage, become a vehicle for the marks”. When pressed on her outside influences, artistically-speaking, a veritable smorgasbord of artists and exponents of diverse movements spill forth from her lips, including the likes of Japanese artists, Utamaro and Takashi Murakami, along with Alphonse Mucha and the exceptional nudes of Egon Sheille. Elsewhere and Dear readily waxes lyrical about the inspirational work of artists such as Jeff Koons, Paul Morrisson, Lisa Yuskavage and, wait for it, the slightly more (or should that be less) conventional and stoically mainstream, Walt Disney.