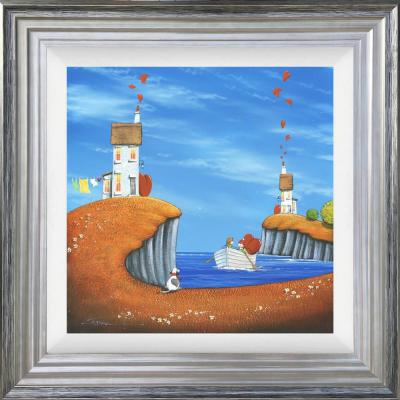 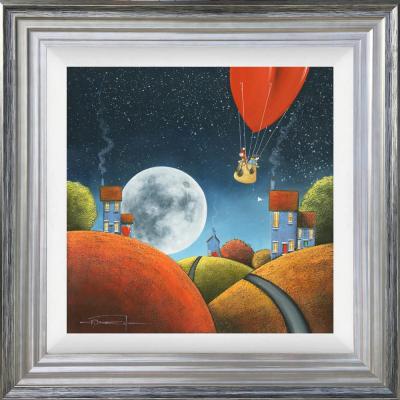 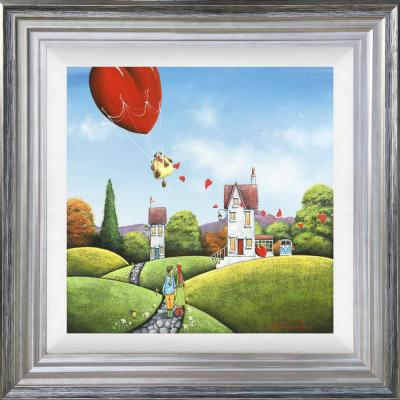 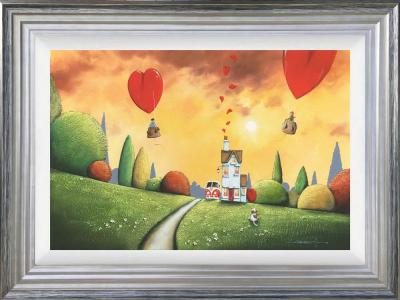 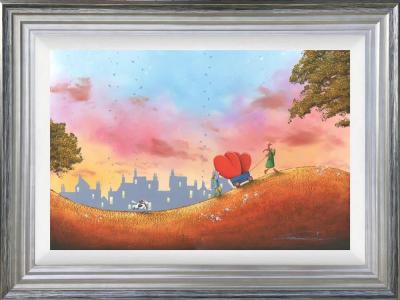 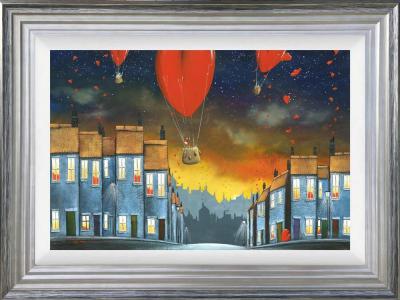 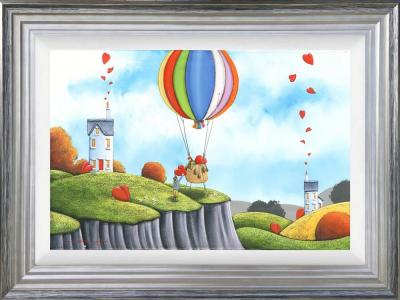 View All Art Works By Dale Bowen
Soaring, uplifting, infinitely joyous colours and candy-tipped scenes await those whose retinas land on a Dale Bowen visual number, and this is no exaggeration of wanton claim. Those same eyes are met with a dazzling array of bubble-gum hues and saturations that tug on the kite strings of childhood memories that we all have lingering in our DNA and which don’t require that much re-familiarising. Overcompensated hills, trees with seemingly marshmallow tops and candyfloss-coloured skies comprise your typical Dale Bowen piece. So who is Dale Bowen?

Born in Staffordshire in central England in 1963, Bowen is one of the UK’s leading contemporary fine artists, well respected by art critics and collectors alike, and still resides in his native county of yore. Having painted from an early age, Bowen went straight from school to higher education, where he chose to study art at Newcastle under Lyme College. Of course, Staffordshire is a centre for creative excellence, for the uninitiated this fundamentally refers to the fine china that hails from this neck of the woods which in turn afforded the area the colloquialgeographical reference point of, the Potteries. Coalport and Wedgewood being just two examples – arguably, the biggest that said – of ceramics companies of global stature that are based in the Midlands to this very day and have a long and proud history of originating and manufacturing collections that have found favour and homes in generations of people’s kitchens and dining rooms.

Like so many young men and women before him, Bowen entered the local ceramic industry, working his way up to the position of master potter and remained there for over two decades, firstly under the employ of Coalport and latterly and for the most part, Wedgewood. At Wedgewood Bowen worked in the renowned Prestige Department, whereby he was tasked with creating and manifesting numerous one-off, bespoke pieces of ceramic-wear, aimed at the high end collectors and commissions market. The majority of these examples of fastidiously engineered pottery examples were elaborately decorated and uber exclusive in terms of clientele, with some of the finished pieces commanding fees often in the region of £100,000. So as you can imagine, this was essentially the best proving ground a ceramic artist could ever entertain.

Whilst under the employ of Wedgewood, Bowen has seen his creations showcased far and wide and in some pretty glamorous locations a long way away from Staffordshire it has to be said. Venues in New York, Washington and San Francisco, as well as Japan have exhibited Bowen’s ceramic work over the years, while individual commissioned pieces have also been plentiful and ultimately presented in impressive social circles. Not least Bowen’s commissioned pieces on behalf of Coalport to commemorate their 250th anniversary, as well as the Queen Mother’s 100th birthday celebrations in which Bowen was approached and invited to create a pottery something in honour of. Elsewhere, and Bowen has completed ceramic briefs for the Battle of Trafalgar 200 years celebrations at Portsmouth Naval Museum alongside of the design and manufacture of a plaque that was handed to the Queen Mother at the same event and whilst on board HMS Victory no less.

In recent years Bowen returned to college to study and gain a Masters Degree in Ceramics care of Staffordshire University and has of late turned his creative hand to the arena of two dimensional art, and moreover contemporary landscapes in which to fill blank canvases with. If you recall this is where Bowen started out as a youngster, and the area in which he initially studied as an adolescent and young man starting out in his artistic career. He himself readily admits that despite working in the pottery industry for so long and being creative with clay, it was, fundamentally the joy of painting which is his first love and where he’s kept returning over the years when time allowed.

Now time does allow, and Bowen is fully committed to the origination and production of his 2D compositions as described at the top. He speaks of his personal inspiration arriving from a number of diverse sources, including observation and conversation in some cases, and that he’s continually surprised and enlightened as to just when and where it can strike him. Bowen readily believes that the creative process as such in an art context is self-propelling, as well as often being all-consuming. He describes how it hits him in waves and consequently of the way in which its impact has left an indelible mark in his conscience and forever altered his perspective in which he observes his surrounds.

When questioned as to his material and medium approach, Bowen adds, “When painting, I like to use a variety of mediums as I feel the need to experiment and master as many methods as possible. I sometimes work from crude sketches, as well as photographs as a varied approach allows for more creativity”. Either way Bowen’s bright and beautiful canvas works speak for themselves, and as a formidable contemporary artist he continues to go from strength to strength.