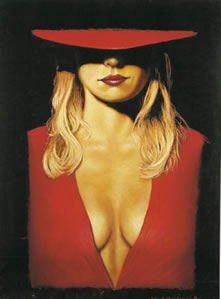 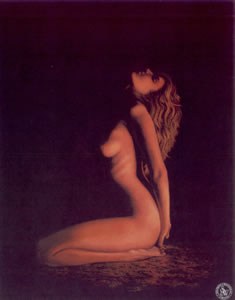 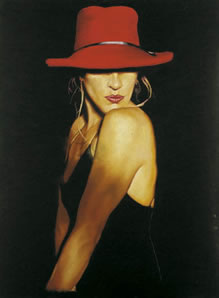 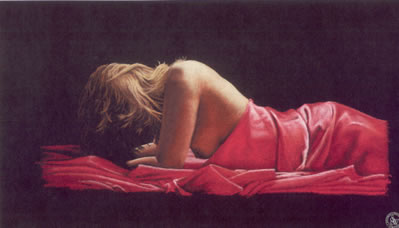 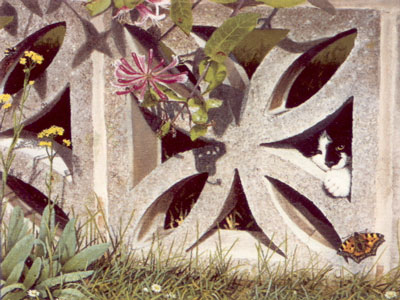 View All Art Works By John Mould
Spending just a few minutes in the company of celebrated contemporary wildlife artist and sculpture artist, John Mould, listening to him regale you with what inspired him to paint his favoured, animal subject matter in the first instance, and it’s difficult not to be transported back in time and being forgiven to imagining yourself in the throes of a Roald Dahl novel. ‘Playing in the woods next to his family’s Staffordshire home, meetings its inhabitants with wonder and nursing sick animals back to full health’. Come on. This belongs in a world of short trousered adventures, and is therefore all the more pleasing and engaging because of it if you ask us. You see, Mould was fascinated with animals as a kid. With the colours, the feathers, the fur and the patterns, describing in detail what you actually see when you scrutinise woodland creatures up close and personal; providing that you’re ever fortunate enough to be in such close proximity.

At the age of 51, Mould hasn’t moved far from his childhood home where he grew up and around these adventures, as he still lives just yards away. Thankfully Mould’s artistic horizons expanded quite dramatically over the intervening years since he became a full-time professional artist, benefitting from a body of work that’s embraced big cats, fish and many exotic creatures a world away from those woodland animals of yore. Whatever and wherever Mould captures his intense and beautifully, intricately detailed muses, each and every piece serves as a personal celebration of the natural world which we’re all invited to share.

However as a youngster, born in Barlaston, Staffordshire in 1958, Mould would never have even dared to dream of how far he’s come and where his chosen line of work has taken him, journey-wise, despite geographically ending up pretty much where he started. As a young man, Mould could never have envisaged making a living as a professional artist, despite dedicating so much of his spare time to drawing and painting the likeness of not just the creatures he happened across in the nearby woods, but with commissions to paint people’s pets which started to roll in during his formative years. Yet the artistic clearly wasn’t loud enough for Mould, who instead began his working life at a Burslem joinery in the area of the Midlands they refer to as ‘the Potteries’ on account of it being home to the likes of Wedgwood and Coalport. Yet a chance request to paint a friend’s favourite racing pigeon of all things, gained Mould that initial recognition for his natural talent which eventually set him on the road to fully-fledged artistic enlightenment and reward.

Such was the success of his animal portraits, that at 19 he took the decision to go self-employed and concentrate on his portraits, and on the back of his first local exhibition Mould’s art caught the interest of major companies in the area. Not least the aforementioned Wedgwood and Coalport, as well as Gordon Frazer and Spink, more big names in the ceramics industry based in that neck of the woods (if you’ll pardon the pun). In addition to the painting Mould was also a sculptor, creating wildlife renditions for Waterford Aynsley not long down the line. Eventually – and obviously skipping a number of years of hard-work and dedication to the cause – Mould’s name was mentioned in the same sentence with some of the great and the good of wildlife art; such as Alan Hunt, David Shepherd and Peter Scott. Not bad work for a lad who received absolutely no formal training in any fundamental aspect of the arts per se.

So just who and what does Mould credit with pointing him in this artistic direction. Well, according to Mould himself his success is down to his parents, on account of his dad’s string, inherent precision principles which come from his engineering background, whilst his mum was the animal lover in his paternal unit back in the day. Mould adds; “"I didn't know much about the art world at all. I didn't go to art college or anything, and when I look back I thank God because it meant I wasn't influenced by anyone else” going on to say: “The danger is you get stylised and become impressed by other people's work, and end up copying them”.

Acknowledging this and moving on, it’s fair to suggest that the plains of the Serengeti are a far cry from the woods near Stoke-on-Trent, by anyone’s wildest imagination, yet it was the African savannahs where Mould surely must have found himself when at one point in his career he choose to capture the illustrative likeness of the big cats in their natural habitat. Not on your Nelly, as Mould points out that you could easily wait weeks to meet the acquaintance of one of the big cats and still not see anything, yet at the same time become another grisly statistic if you’re unlucky out in the wilderness. Thankfully Mould ventured to UK safari parks instead, which allowed close-up viewing of these fine beasts, only ensuring greater safety.

Admitting that there was a time when huge portraits of lions above fireplaces were all the rage amongst celebrities and footballers, times and fashions have changed and evolved somewhat, for better or for worse, with subtlety brought into the pictorial equation. Yet Mould’s compositions went beyond that, courtesy of his boyhood interest in feather and fur, which resulted in his unique images forged with these very real design blueprints, rather than the conventional tried and tested interior designed fads. What’s more Mould diversified his work over time, taking in a more inanimate line of woodland scenes whereby the focus would be on the use of light and shadow, as a slight departure from his hitherto typical and familiar scenes.

As we mentioned at the top, Mould has also been in the employ of the pottery industry over the years too, where his skillset has been drawn on to create figurative wildlife designs which have appeared on a range of ceramicwear, from crockery to mugs to ornaments and back. But at the end of the day Mould is never happier and more artistically relaxed and content than when he’s enjoying his own company and that of the vistas he looks out on, populated by the muses that still hold his attentions to this very day. Which explains why he does what he does, often with only his own dogs for companionship during the course of a day. Mind you, five dogs will provide their very own distraction come what may. There’s no denying that Mould’s life is blessed by the existence of the natural world on his doorstep and at his perpetual artistic mercy, and in the artist’s own words; “I never fail to be astonished by the amazing variety in nature”.