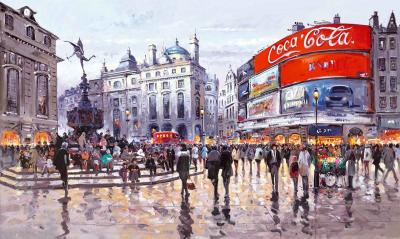 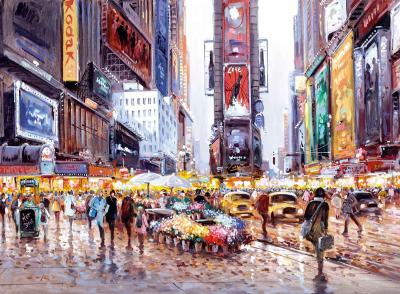 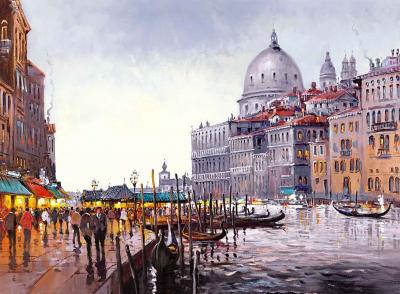 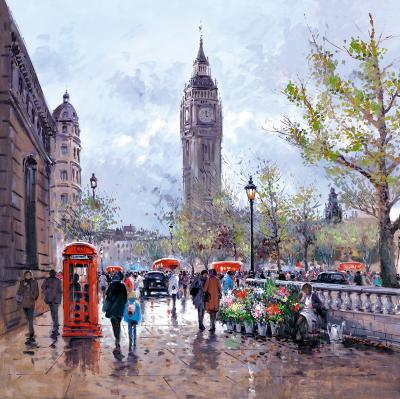 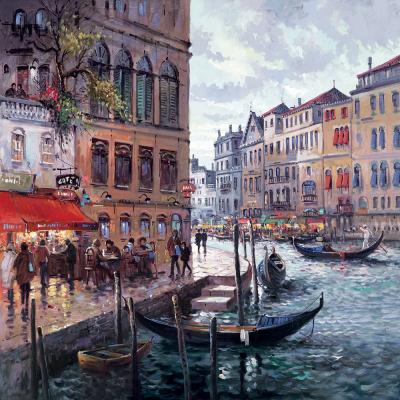 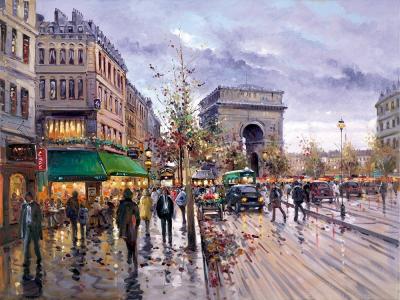 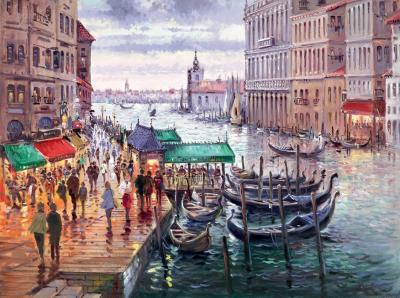 View All Art Works By Henderson Cisz
After turning his back on finance, Brazilian-born contemporary artist, Henderson Cisz decided to seize the initiative and take a chance on turning his passion for fine art into his next career move, confident that he could make a success of himself. There are not many people who find the necessary nerve and ambition to attempt to make their extra-curricular interest their sole source of income, yet an undeterred Cisz followed his instincts in the mid-1980s, and has never looked back.

Maringa, a town in the Brazilian Parana State was just about as far away from London, both geographically and culturally as was possible, but Cisz knew he had to make the move to allow him to follow his dreams of being a professional artist, which is precisely what he did. Despite settling in London to study and go on to master his love of fine art, Cisz travels extensively, and his passport has been stamped in America, France, Italy and Australia. Indeed, New York, Paris, Venice and London have further ignited Cisz’s creative fires, and provided the stunning visual backdrops to some of his finest work.

Recited as some of the world’s most breathtakingly beautiful and charismatic cities, these cosmopolitan urban landscapes, bathed in cultural expressionism and held in further esteem for their legendary night lives, have sought to inspire generations of artistically–led individuals and movements, either those starting out on their fledgling careers, or those seeking a reboot. There are a million and one perspectives on these cities to be discovered and plundered, creatively, yet it’s a relatively simple manifesto that Cisz adheres to. One which is enlightened by the presence of the elements themselves. Rain, sleet and snow, with or without the hosting of darkness and the way natural and artificial light plays with the surfaces indicative of a concrete jungle – even one as breathtakingly picturesque as these examples – are what Cisz strives to commit to his chosen mediums. Shadows and reflections, hunched shoulders and defensive postures collide to best portray the message Cisz seeks to deliver in his own unique fashion.

In terms of materials, Cisz sees versatility as key, skimming betwixt and between acrylic, oil and watercolour, while the adopted-Londoner will utilise a paper or canvas surface the one minute, and board and box canvas the next. It’s this, almost schizophrenic approach to presentation, that carries over into Cisz’s working pattern and immediate environ too. Organised chaos and a shabby chic informality are probably the most diplomatic way of describing Cisz’s West London studio space, which is by his own admission, haphazard. A stone’s throw from the River Thames, Cisz’s inner creative sanctum is populated by a mix and match scattering of canvasses leaning against walls, sketches and various ‘works in progress’, interspersed by family photos and various paraphernalia. However, this littering of artistic props is set against a paint-splattered background, in-keeping with the nest of a creative genius one would have thought.

"Paris en Nuit" "Whitehall, London," "New York, New York," "Yellow Cab" "San Francisco Dawn" and "Street Scene, Paris" are amongst Cisz’s most celebrated pieces, some of which are found in his ‘Urban Style’ collection, and which have hung in many of London’s galleries and appeared as exhibits at international art fairs. Cisz has also been recognized by his peers and contemporaries and collected a number of industry awards in recent years. These include his UK galleries-acknowledged Artist of the Year tribute and the widely-respected John Solomon Trophy, which was handed to Cisz in honour of his impact on the contemporary art market over a 12 month period. Other bestowments include, Best Up and Coming Artist, Artist of the Year and Best-Selling Artist, alongside of grabbing the number one spot in the Art Business Today, Best-Selling Images Poll in 2007.