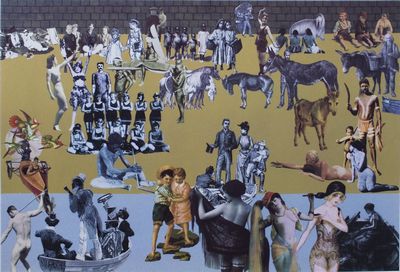 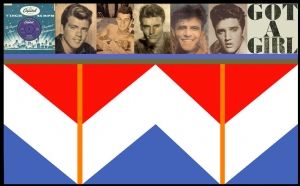 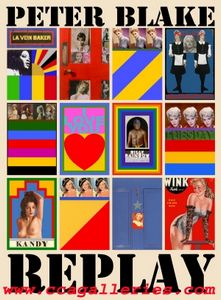 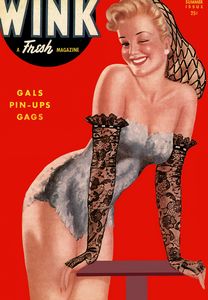 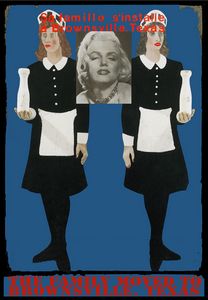 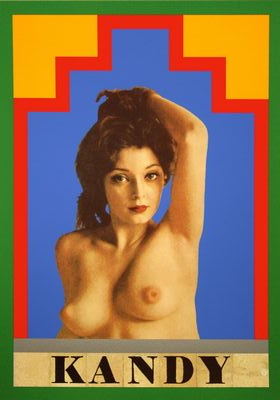 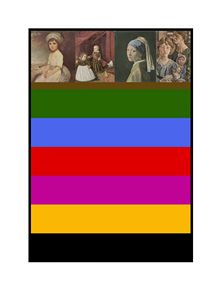 View All Art Works By Peter Blake
Born on the 25th of June 1932 in Dartford, Kent, Peter Blake attended the Gravesend Technical College and School of Art upon coming of age in 1946 before attending the Royal College of Art in London in 1950. During his time there he came to love Pop Art as his chosen medium and began frantically practicing it, performing national service in the RAF simultaneously. Upon graduating in 1956 with a First Class Diploma, he set about becoming one of the best known British pop artists of his time and successfully had his first solo exhibition in 1960.

Although it wouldn't be until 1961 where he exhibited alongside fellow artists David Hockney and R.B. Kitaj that he would be recognized for his talents. In the same year he won the John Moores junior award for his work 'Self Portrait with Badges' and his work began becoming more widely renowned after featuring in Ken Russell's 'Pop Goes the Easel', broadcast on BBC television in 1962. Finally represented in 1963 by Robert Fraser, Blake began taking the art world by storm,
designing the sleeve for the Beatles' album 'Sgt. Pepper's Lonely Hearts Club Band' with his wife at the time, Jann Haworth. This spurred more attention onto him and in 1969 he left London to live not too far from Bath, with his artwork dramatically changing direction to focus around English Folklore and Shakespearian imagery.

Upon the start of the 70's, Blake illustrated Lewis Carroll's 'Through the Looking Glass' before founding the Brotherhood of Ruralists in 1975. Eventually he moved back to London in 1979 with his work returning to it's past form of pop culturalism. Additionally he created sleeve artwork for Pentangle's 'Sweet Child' and The Who's 'Face Dances' in 1981 as well as a sleeve for the Band Aid single 'Do They Know It's Christmas?' in 1984.

In the January of 1992 he appeared on BBC 2's "Arena: Masters of the Canvas' and painted a portrait of wrestler Kendo Nagasaki. In 1995 he created artwork for Paul Weller's 'Stantley Road' and half a decade later in 2001 he designed the artwork for the Ian Drury tribute album 'Brand new Boots and Panties'. In 2006 he created the cover artwork for Oasis album 'Stop the Clocks' and following this the same year to commemorate The Who's return to play at Leeds University, the last time since 1970, Blake created and unveiled artwork for the event, aptly entitled 'Live at Leeds 2'. As part of the successful campaign for Liverpool to become the European Capital of Culture 2008, Blake designed an updated version of Beatles' album 'Sgt. Pepper's Lonely Hearts Club Band'. Finally ending the noughties he painted a pig for the public art event 'King Bladud's Pigs In Bath' in Bath in 2008.

To promote his favourite football club, Chelsea, Blake designed an exclusive collage adapted for the team's new home kit and two years later in 2012 he designed an egg on behalf of Dorchester Collection for 'The Big Egg hunt'. Finally to mark his own 80th birthday, an exhibition was held between the 23rd of June to the 7th of October 2012 to comemmorate the artist's contributions to music and artwork entitled 'Peter Blake and Pop Music'.

During his lifetime, Peter Blake has been awarded a variety of titles and the like including but not limited to his acceptance into the Royal Academy as a Royal Academician in 1981, being made a Commander of the Most Excellent Order of the British Empire (CBE) in 1983 and receiving a knighthood in 2002. Additionally he has exhibited in the Tate in 1983, in his own gallery, the Sir Peter Blake
Music Art Gallery, in 2005 and in the Tate Liverpool in 2008. Finally, he was awarded an Honourary DMus from the University of Leeds and an Honourary Degree for Doctor of Art from Nottingham Trent University, both in 2011.