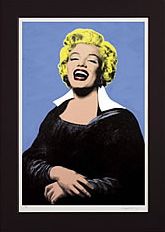 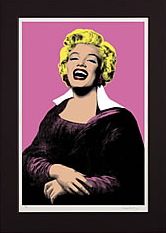 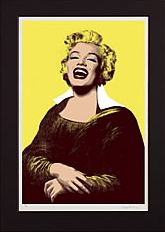 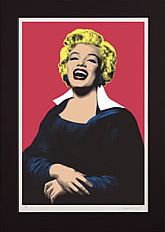 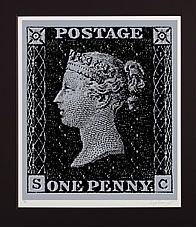 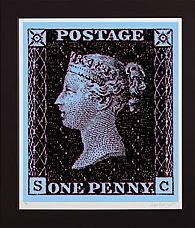 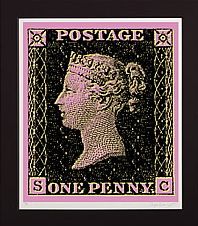 View All Art Works By Simon Claridge
Displaying an impressive penchant for capturing a selection of the globe’s female cultural icons – from the worlds of silver screen, fashion, modelling and music – in resplendent, detail-lavish glory, figurative artist Simon Claridge has made it his artistic career to date to capture the breed of glamourpusses snapped in historical poses that strike an instant chord with wider society. From catwalk fashionistas like Kate Moss, Twiggy and Brigit Bardot through to musical femme fatales like Debby Harry and Amy Winehouse, Claridge also visually acknowledges timeless society beauties and screen sirens like Marilyn Monroe, Audrey Hepburn, Elizabeth Taylor and Sophia Loren, whilst having also immortalised Princess Diana in his own inimitable style. When he’s not recording the contemporary likeness of these empowering, independent women of our times, Claridge turns to affording men his same, unique pictorial treatment, with Michael Jackson, Sid Vicious and David Bowie forming his male music muses, whilst James Dean and Elvis Pressley lend their portraitured presence on behalf of the world of cinema.

So where did it all (start) going so right for Claridge, and when exactly? Well, it’s now over a decade since Claridge graduated with a degree in Fine Art awarded by the University of Reading as of 2002, yet the seeds of creative success had been sown much earlier than that as the artist himself recalls. Born in Edinburgh in 1980, as far back as junior school, Claridge describes sprinting from class assembly to ensure being at the head of the queue to file in for a lesson of double art on a Tuesday morning, as he excitedly planned in his young head how he was going to perpetuate the vision he’d begun the previous week. As a kid, and when asked the default question all kids are asked at junctures throughout their childhood, as to what they wish to be when they grow up, Claridge would routinely reply with “be an artist!” rather than the predictable astronaut, footballer or Procurement Manager for a large retail organisation. Fortunately for Claridge, he was lucky enough to have a school that supported his aspirations and encouraged his unswerving creative persuasions, as did his college who had a fantastic art department according to the man himself; the latter being the learning environment where Claridge formed his strengths in the art of draftmanship and life drawing, which of course were set to stand him in good stead for future endeavours.

So fast forward to 2002, and on leaving higher education Claridge secured a position employed in an art gallery in Windsor; an establishment that he eventually went on to manage. Like anyone Claridge had bills to pay, so the 9 – 5 took care of those formalities, whilst outside of work hours he painted. And painted. And painted some more. Claridge’s relatively straightforward ambition at that point was the realization of seeing his own work hanging off the gallery walks in which he worked. Having said that, progress was being made, as Claridge’s compositions had started to be accepted by local galleries and he’d showcased some of his pieces at the Affordable Art Fair in London around that time.

Yet Claridge was impatient and essentially disgruntled at the seemingly lacklustre speed by which progress of sorts was being made. So to gee things up a bit Claridge took matters into his own hands and one weekend decided that the best course of immediate action would be to fill the windows of his employer’s gallery windows with his own canvasses. Forgetting to ask his MD’s permission beforehand, probably safe in the knowledge that this would have been met with disapproval and arched eyebrows, Claridge steamed ahead with his ingenious, if not slightly unconventional approach to self-promotion. Stopping short of informing us as to the whys and wherefores, that turned out to be the last weekend Claridge worked in the gallery, although perhaps the underlying fact that he’d sold all of his works that he’d crammed into the window by lunchtime that day may have been the launch-pad that he’d been waiting for, and afforded him the confidence to sever ties with his hitherto comfort zone. Suffice to say, less than a month down the line Claridge had been taken under the wing of Washington Green, who as one of the UK’s leading fine art publishers had seen enough potential in Claridge’s work to offer collaborations with him then and there. Incidentally, 12 month later Claridge returned to that Windsor gallery, to oversee the housing of what turned out to be his first sell out solo exhibition.

Explaining his technique and design process as such, Claridge insists that the majority of his prep work is sketchbook-based, and it’s a case of trial and error, experience and a gut instinct that sees the metamorphosis from there to canvas, where inevitably additional changes are afoot. After Claridge’s trademark multi-layers of paint are administered to create this completely flat finish that he favours as an artist, then the composition finally begins to take on a life of its own. In Claridge’s own words; “As I create the sharp lines on the canvas surface it starts to blur the lines between reality and fantasy. It’s this line between fantasy and reality which I believe we all walk on from time to time that interests me”.