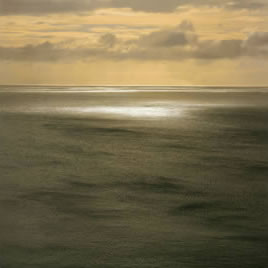 View All Art Works By Peter John Fellows
Funnily enough (for an artist known and admired for his coastal scenes) contemporary landscape canvas and lens exponent, Peter John Fellows was born pretty much in the middle of the UK. The rural village of Dosthill, in completely land-locked Staffordshire back in 1955 according to records. Fellows’ childhood was set against a very rural backdrop then, so therefore one of predominant peace, quiet and inherent appreciation of the countryside per se. Fellows’ kinship with his rural habitat led to his interest in photography during his formative years, having being originally gifted an instamatic camera by his grandfather at the age of just five. This innocent gesture proved to be the catalyst for Fellows’ subsequent passion for photography, which in itself offered him a means in which to capture everything he was exposed to on a regular basis, in terms of this monumentally inspiring habitat he found himself at one with. Fellows’ hobby grew into – and formed the bedrock of – his passion for art and design, as his portfolio visually encapsulated the countryside and its wildlife inhabitants routinely.

During his schooling, Fellows observed that as a subject, art played second fiddle to the more academic disciplines and as such to get his required fill he busied himself outside of school hours with his art to address what he considered something of a shortfall in the secondary education curriculum. On completing his mandatory studies, Fellows attended an art foundation course, followed by winning a place on the Multi-Disciplinary Design course at North Staffordshire Polytechnic, from where he graduated with a First Class Honours Degree in the core subject of Surface Pattern Design and Photography.

It was surface design which was to become Fellows’ initial career path, as he opted to be effectively responsible for the origination and design of interior products. That’s not to say that he turned his back on his first love, photography though, as during his spare time Fellows was as snap happy as he’d ever been, collating portfolio after portfolio of impressive camerawork. After several years in interior design behind him, Fellows came to the conclusion that his future lay in photography professionally, and by the early 1990s he gave up his regular 9 – 5 to follow his heart. The notion that he would have sole control over this creative expression which ultimately derived such pleasure proved too much of a temptation to ignore, and he took the plunge the and there. As Fellows himself concurs; “Photography allows me to fully immerse and engage with my surroundings, whether it be the countryside or the urban landscape, there are always photographic challenges”.

Citing the American photographer, Eliot Porter amongst his artistic inspiration, who’s considered something of a pioneer in the field of colour photography, Fellows adheres to his founding principles of always striving for and maintaining a simple composition which conveys an inherent calmness, where the colour and intimate detailing of the chosen landscape is paramount in the photographer’s mind. By doing this, you can’t go far wrong according to Fellows’ role model. Taking up this particular thread and elaborating on it, Fellows adds; “I am often asked ‘how do you see?", for which I have no simple answer”. The artist/photographer goes on to say: “We all have our own individual vision, photography allows me to share my personal view of our surroundings. Life is full of surprises, this is also the joy of photography as it is often wholly unpredictable”.

Fellows readily admits that capturing THAT moment forever is an exacting art in itself, and that planets almost have to be aligned along with tides to ensure that every element comes together at the same time, and that nothing is left to chance. Whilst committing an image to film is made within a split second, as an artist/photographer it’s your duty to take advantage of other opportunities/key aspects pivotal to the shot when they’re presented. For example, light, subject and composition may appear as gifts, yet habitually, investigation and patience are considered crucial to ascertain the final reward as such. Fellows’ background in surface design has a strong bearing on his imagery and has left something of a welcome legacy when it comes to plotting his photographic art. Favouring medium telephoto lenses, with a penchant for both square and panoramic formats, Fellows feels that they proffer a splendid isolation to the muse, subject matter or theme, whilst a stacking perspective achieves a more abstract or pattern quality to illustrative proceedings and the essential design language he’s attempting to project.

Large, dramatic, open bodies of water are Fellows’ image default setting, be they of an inland or coastal magnitude; although retrospectively they’ve predominantly been of a decidedly coastal fringed nature and scenic disposition. More recently Fellows has ventured into beach hut territory, a vista which characterises the south east coast of England more than anywhere else in the UK, and brings with it a whole new feel and ambience to his pieces. Pieces which regularly sell through John Lewis here in Great Britain, whilst Fellows’ photographic art has been exhibited and showcased much farther and wider since making the decision to fly solo all those years ago.