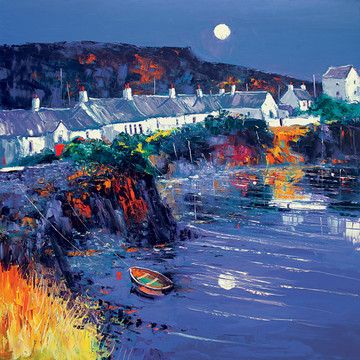 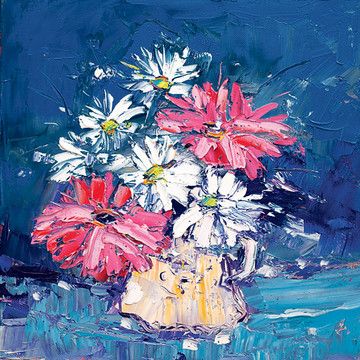 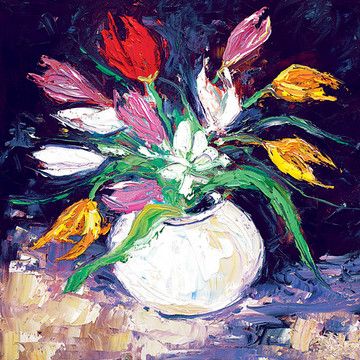 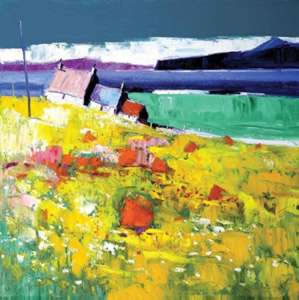 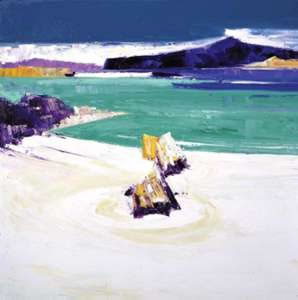 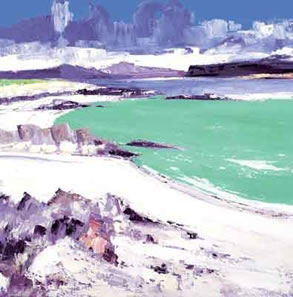 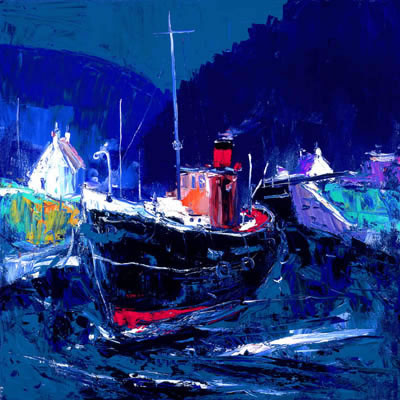 View All Art Works By John Lowrie Morrison
Born in Maryhill, Glasgow in 1948, John Lowrie Morrison attended Dowanhill Primary before going on to Hyndland Prep and then Hyndland Secondary School, all in Glasgow. At only 17 he exhibited in Glasgow's Civic Art Show and successfully sold his first painting 'The Purple Mountain' in 1965 during the show. Following this, Morrison went on to study at the Glasgow School of Art in Drawing and Painting.

Upon graduating, Morrison worked in Templeton's Carpets in Glasgow, designing Norsk rugs and learning colour balance. Leaving his job at the end of the summer in 1969, he began travelling around western Europe and visited Paris and Switzerland to develop his technique further into his own personal distinctive stylization. Finishing his travels in 1971, he began teaching evening classes in many Glasgow schools and later on that same year won the W.O. Hutchison Drawing Prize at the Glasgow School of Art. The following year he went on to study figurative work as a Post Graduate Study, GSA and had many of his works bought at the time. Another year later, Morrison moved to Argyll to teach in various primary and high schools around the area.

Finally, in 1976, he had his own solo show centered around a local character - 'Archie the Jura', completely selling out. As the year passed he moved yet again to Tayvallich, Knapdale and began to travel again, painting in Kyles and Holland until he once again began teaching as the Principal Teacher of Art in Lochgilphead High School, Argyll. Moving through many roles whilst teaching in
Argyll, Morrison continued to visit many parts of Europe to paint until in 1997 he decided to quit his educational jobs and become a full time painter.

His next solo show was in 1998 in Corrymella Scott Gallery in Newcastle, his work being so successful that he was able to build a studio in Tayvallich and Artwork Newspaper made a film about him named 'John Lowrie Morrison in Action'. At this time he began working with a variety of charities, donating 10% of his exhibition's profits to the charities. Following this, another film of his works was made by Scottish Television called 'John Lowrie Morrison' as a part of their Scottish Masters Series.

Ramping his charity work up further, Morrison began to donated around 25 paintings a year for charity auctions and in 2002, a DVD Film was made of his work called 'I Know Where I'm Going!'. A book called 'The Colour of Life' was published of his work the same year by the Scottish Christian Press. After having numerous shows over the course of the year, in 2003, Morrison and his wife were made Patrons of The Princess Royal Trust for Carers.

Following another successful show the same year displaying his works painted on the Western Isles, a BBC TV Film was made aptly named 'The Man with the Golden Brush'. This, boosting his popularity further, brought in commissions from The Duke and Duchess of Argyll to paint four pieces of Inveraray Castle in each season. As more books and solo shows followed for years to come as well as a variety of commissions, John Lowrie Morrison has continued to paint and push his skills ever further.