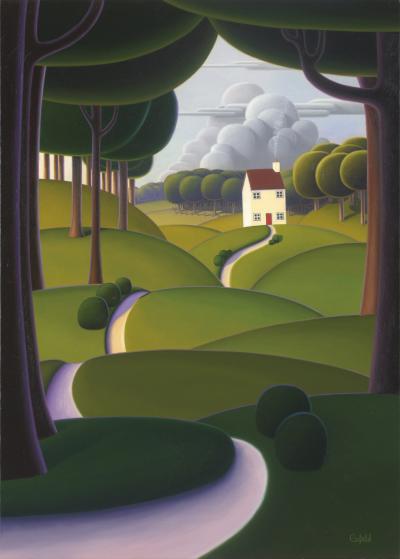 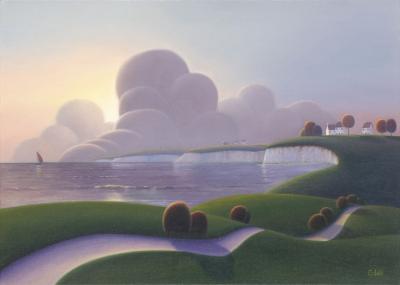 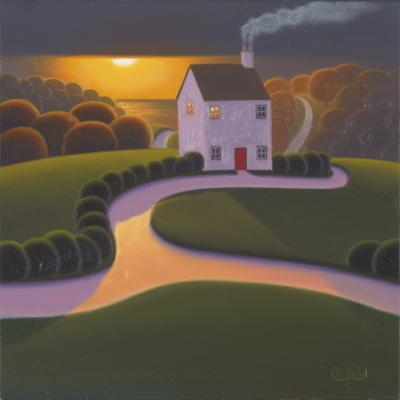 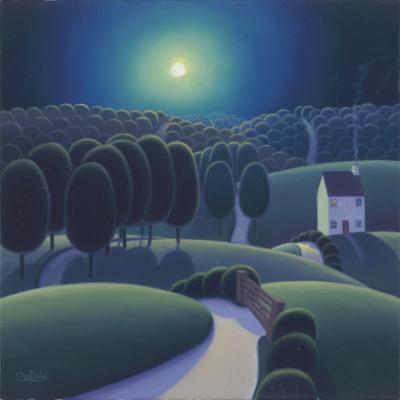 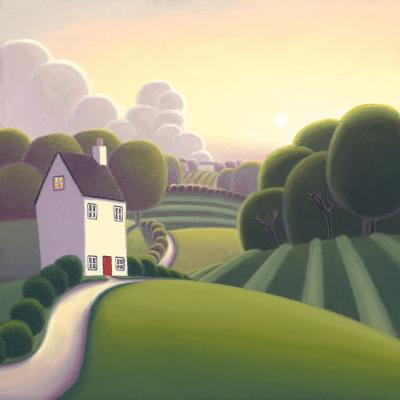 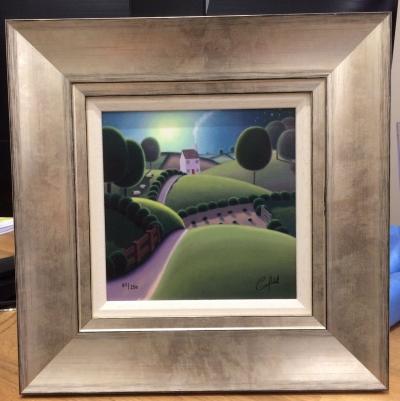 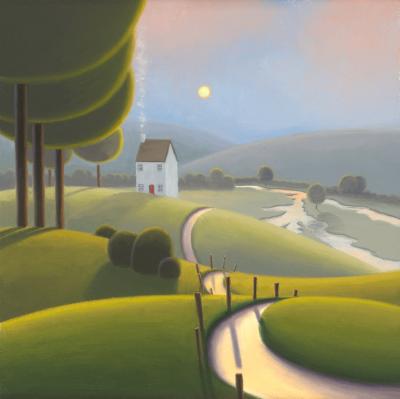 View All Art Works By Paul Corfield
Detail ruled eventual landscape artist, Paul Corfield’s early artistic life. Strictly adhering to form and structure and ensuring that every minute detail was logged, pictorially almost became an obsession for Corfield, the budding artist. His drawings just had to intricately capture everything that he was staring out upon, and if it didn’t, then he became his own worst enemy. Thankfully for his sanity, time and lessons in life have helped him overcome his stickling for detail coming first, second and last, and today Corfield’s expansive range of compositional work is reassuringly free from such constraints and mental punishment. Corfield was born in 1970 in Bournemouth in the coastal county of South-West England known as Dorset, and has by hook or by crook managed to remain residing within a 10 mile radius of his birthplace all his life.

Using a degree of foresight, Corfield turned down the chance of attending art school, and to study technical illustration – having been accepted onto a course – on arriving at the conclusion that the manual application of this discipline would soon grow obsolete in the face of computer-generated graphics; which was in its infancy at that time, yet scheduled to explode on the creative scene any day. So alternatively Corfield entered the employment market and ended up working for an engineering company, where he stayed for 13 years, whilst perpetuating his rudimentary painting skills in the evenings and at weekends. It was also there that Corfield was to meet his future wife, Sara.

Soon after they were wed, Sara fell pregnant and she was discovered to have a rare blood disorder which would result in miscarriages. Such shocking news as this undoubtedly was, she started receiving medicine that could, hopefully, counter this, however whilst the medicine kept the baby alive through childbirth, stopping it shortly afterwards unwittingly resulted in Sara suffering a stroke. So now Corfield was looking at caring for his wife for the remainder of their days, which would of course put an end to his long-harboured dreams of one day making a go of his art. Not that this was paramount in his mind at that time of course, yet did enter it a while later. Mercifully, Sara staged a remarkable recovery and was released from hospital, even allowing for another baby to make an appearance some 4 years down the line.

This monumental series of events shook them as a family to their very core, and naturally enough the after effect as is invariably the case was to address and re-evaluate their lives and where they were headed. But more importantly to seize and live every moment as if it might be the last. This cathartic period coincided with another unpredicted event that although not on the same scale, effectively acted as a springboard for irreversible change to their daily lives. In 2002, and facing up to cut-backs, the engineering practice where Corfield had been working announced voluntary redundancies were forthcoming to ease economic burdens. Whilst many, for good reason would be disheartened by this sudden revelation, Corfield decided to turn a negative into a positive for him and his family, although whilst not reaping the rewards in the short term, he hoped and prayed would in the long term.

Offering himself for voluntary redundancy, Corfield was accepted; his plan being to sink this money into their life savings and essentially live off this for the following 12 months. He’s given himself a year to establish himself as an artist, and to follow his long-nurtured dream of making a living through his passion. Although backed to the hilt by Sara, Corfield’s decision met with disapproval and concern from other close quarters, with critics implying that is would be virtually impossible to forge any semblance of a living from art; needlessly reminding him that he had mouths to feed. Corfield’s response to this was simply to paint. And then paint some more. And to continue painting like a man possessed, until he had a body of suitable work he could present to the appropriate people, groups and organisations that could provide him with a shop window for his creative endeavours.

As expected, the nucleus of Corfield’s work was detail-led, and for what turned out to be for three years, the artist toiled away manifesting what he classed as ‘contemporary realism’ and ‘photorealist’ compositions; yet which proved successful when flaunted both in London and across the Atlantic. The foundations for eventual success were being laid, however Corfield – when finding the odd half an hour here or there – would be indulging his new side-project. One that ultimately brought about the less detailed, yet equally considered and emboldened landscapes that are signature Corfield today and tomorrow. He was exploring far less rigid and detail-controlled studies, where his brush was free to go with the flow, having cast off the artistic shackles that had hampered his dormant creativity and overwhelming sense of expression in his work to this point.

Corfield toyed with this almost alien concept for another year or so, whilst he eked out am living with his routine 9 – 5 studies, although he could never put them to bed totally and knew that perhaps sometime they’d see the cold light of day. That vision was realised after Corfield was pointed in the direction of fine art publishers, Washington Green, who immediately saw the potential of his alternate works and signed him up to continue in this creative vein. That marked yet another turning point in Corfield’s life and now he realised he could manipulate real brush strokes rather than ignore or mask them, and so he was afforded carte blanche to create and evolve from this commercial juncture, from where he’s never looked back.