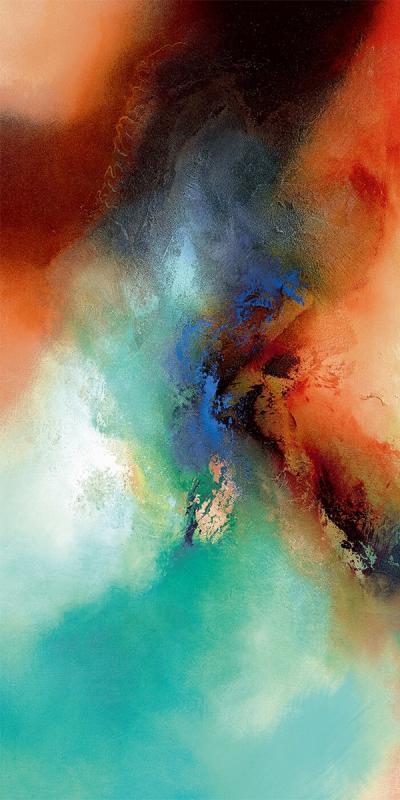 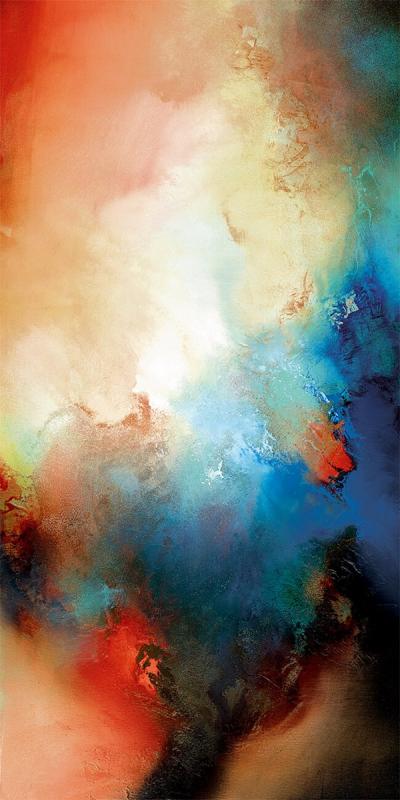 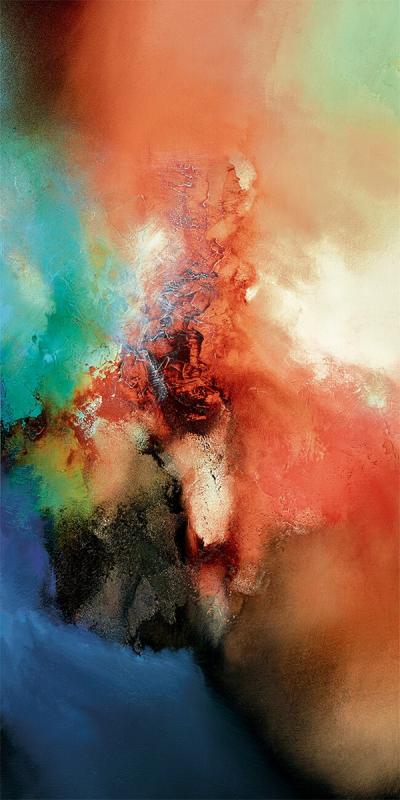 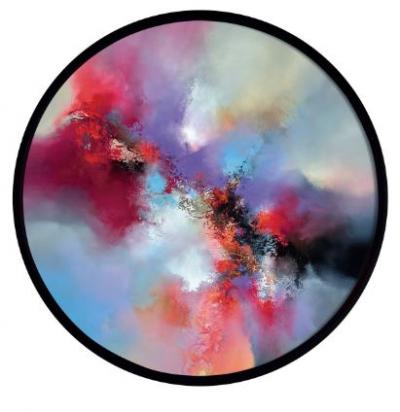 View All Art Works By Simon Kenny
With over two decades of professional painting behind him, the much-admired and collected Dublin-born contemporary abstract artist, Simon Kenny continues to go from strength to strength in his acknowledged genre. Indeed, it’s only in more recent years that 41-year old Kenny’s work has garnered more critical and far flung acclaim and deservedly shone, culminating latterly by the receipt of arguably the highest of praise from unexpected quarters. Quarters which many might consider literally (or rather, compositionally) out of this world, so to speak. The nadir of Kenny’s graphic power reached when the revered Theoretical Physicist described the fine art practitioner’s seminal work as looking; “Like everything about space I cannot explain”. And when you discover that ‘I’ is no less a world-renown figure as Stephen Hawking, then you know you’re doing something right. Naturally all and any recognition is without question down to Kenny’s talent and creative flair, coupled with his strong work ethics instilled in him since his formative years growing up in Ireland. A mantra he holds dear is the one that implies, ‘nothing wilts faster than the laurels that you rest on’.

Asked to describe Kenny’s signature visual style to the uninitiated and we’d explain that his back catalogue appears nothing if not atmospheric in all its glorious lyrical abstraction, and even if you attempt to resist the temptation you’ll easily conjure up visionary-based thoughts about stunning dawns, sunsets and that other magical Mother Nature-crafted masterpiece, auroras. But then there’s those other art critics who might otherwise concur that the ‘radical impressionist’, Kenny had imagined and thus created his pivotal compositional pieces of note in a more an ad nauseam fashion. As critical and alien as it would also sound, some might suggest that visually Kenny’s work could perhaps be looked upon as innocent, easy-listening lift music at best; at worst, treacle-esque ‘lyrical abstractions’ which pictorially resonate a decidedly 1950s musk. It’s all been said, yet at the end of the day Kenny’s art takes the viewer on an emotional ride which typically concludes with both impact and consequence.

When he’s not being challenged for his various study’s presentational leanings, Kenny is being referred to in the more glowing terms of being the ‘new radical Turner’. Again this can be perceived as a god and bad thing, in as much as favourable comparisons with one of the old Masters would hint at technical accomplishment which would be the envy of his peers, while from a negative perspective, the unfair and hugely unjust stereotyping which intonates anachronistic pastiches. Kenny’s trademark flourishes are personified by rapid-fire strokes fused with subtle under-painted values, manifest with modern materials and wet-in-wet and certain glazes. In contrast Turner championed medium-grade oils, and felt compelled to be more brutal in the way he addressed his famous canvases; even scratching off paint with his nails leaving his academy colleagues making light of his ‘dirty farmer’s hands’.

Only a blind man could argue or rejoice that dramatic light and an abundance of colour dance within Kenny’s paintings, and although they don’t represent any single place or scene in reality, they illustratively project a comforting warmth to them with a range of emotions conveyed through hues, saturations and aesthetic forms. It’s also important to point out that Kenny’s paintings combine use of paced brushstrokes and a palette knife to achieve their final resplendence. In Kenny’s own words; “The aim is to paint powerful, expressive pieces that are deeply connected to my thought processes created through my interaction with the world around me,” going on to add; “These emotional responses are not only applied through choice of colour but also materials, textures and form.”