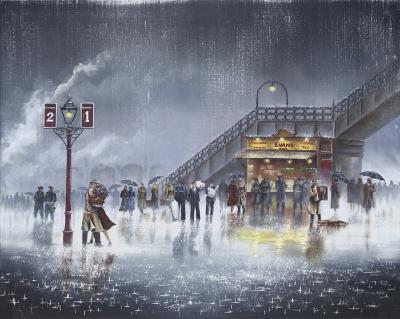 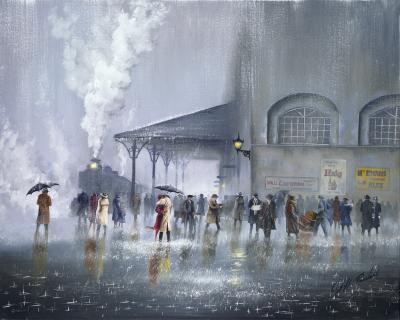 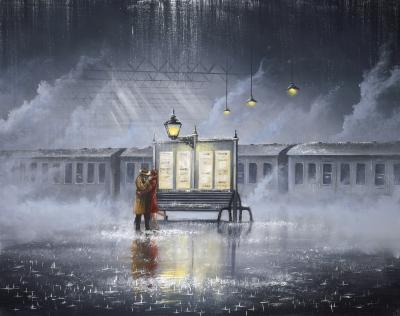 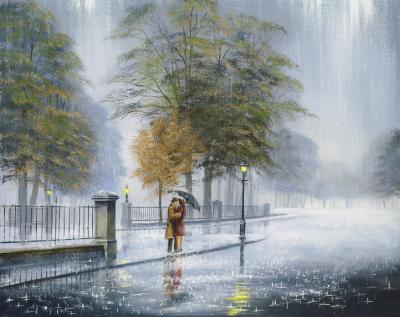 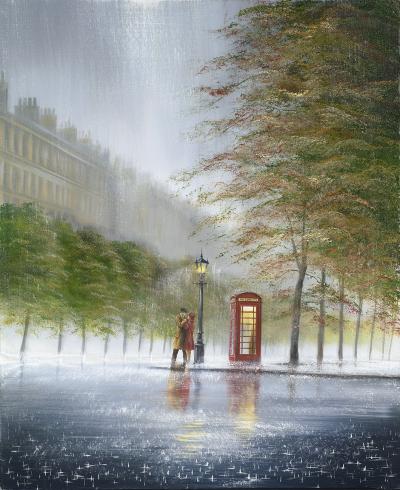 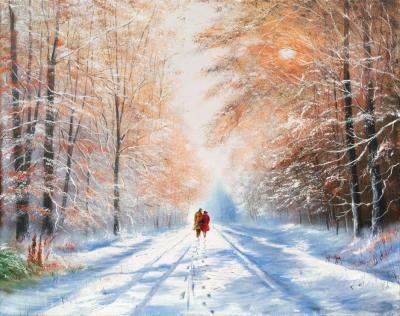 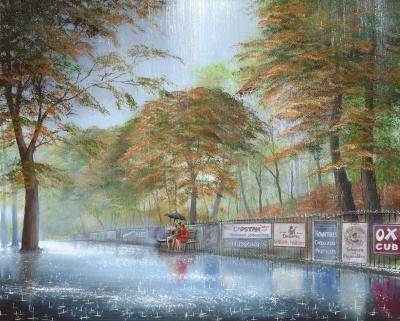 View All Art Works By Jeff Rowland
Jeff Rowland’s earliest inspiration to take up art came from the most unlikeliest of sources; notably his Grandmother’s passion for her painting by number set of oils she used to frequent when he was a youngster. When broached on the subject, Rowland enthusiastically talks of his fascination with and for the painted medium, and more pertinently how he then went on to experiment with other materials after his initial exposure to oils. Despite that however, Rowland didn’t stray too far away from his native oils, and built up a reliance on these as his artistic career panned out.

It wasn’t until 1984 that Rowland got to put his creative skills into commercial practice, in the aftermath of leaving North Tyneside College in Northumberland, and electing to become a self-employed professional artist. However this didn’t afford the longevity of career that Rowland had hoped for and envisioned from the outset, partly because of his not focussing in one particular material genre, and partly due to the North East facing up to some challenging socio-economic times in the late 1980s and 90s.

This led to Rowland having a rethink, and ultimately arriving at the conclusion that in order to prosper in the long term he must concentrate and specialise in a specific artistic discipline, rather than spreading himself so thinly as it were. So in 2000 Rowland attended Newcastle School of Art and Design to study for a B/TEC HND in Advertising and Illustration, opting to follow a more detailed Visualization route in the second year of the highly-regarded course. Whilst there, Rowland managed to pick up a NEPA (North East Print Association) award for his design submissions in relation to live briefs set.

After graduating from Newcastle, Rowland threw his creative all into carving out a full-time career in the world of contemporary art, and wasted no time in arranging to have a collection of his work showcased in a Northumberland gallery. The resultant exposure and success of this was rewarded with an invite to exhibit his artwork at the London Affordable; where Rowland’s entire stock on show found new homes in just a single day. Further successes rapidly followed, as the artist thereafter was requested to showcase his work even further a field, in both Edinburgh and Dublin; again meeting with approval and all-important sales of his original works. These series of events proved to be the accelerator this second time around, and essentially gained him the broader recognition that he needed at that juncture.

Looking at his main body of work, and indeed questioning as to where Rowland draws his inspiration from, the artist admits to being a massive fan of cinema, and cites the acute observations of how weather conditions heighten and to some extent, determine key relationships put under the spotlight in films. To dramatise his point, Rowland calls to mind pivotal scenes in such big screen masterpieces as The Bridge of Madison County and The Road to Perdition. Both of which relied on the onset of dark, brooding skies and the threat and deliverance of hostile elements like rain, thunder and lightening, to reinforce the sense of loss and cumulative ending of certain relationships. Rowland confers that it’s a much-used armament in the movie director’s creative story-telling arsenal that’s been tried and tested through generations and genres of movie-making, and a prolific element that served as a catalyst for his own concept.

Rowland expands on this theme by adding that the positioning of street signs in his celebrated compositions are evident by design rather than accident, and symbolically are suggestive of a relationship reaching a certain crossroads. For example his injecture of two signs pointing in differing directions could easily imply a parting of ways for the couple habitually captured in Rowland’s pieces. Or perhaps, conversely fate putting them into one another’s paths. Maybe even an illicit affair is envisaged through the use of this street architectural prop. That of course is left to the eye of the beholder to pontificate over and possibly conclude. And to strengthen this relationship and/or pseudo-romantic notion, many of Rowland’s studies are set against the backdrop of a street corner, and the convergence of a couple of street or avenues, wherever they happen to be geographically found.

What’s more, Rowland is a firm disciple of the belief that a scenario has to be lived and explored, before it can be manipulated to become creative property. In this area he reminds us of something fellow artist and broadcaster, Billy Connelly once said, implying that he had an inherent loathing for songs written with his native Scotland as their muse, yet from the pens of people with no first hand knowledge of the country, and probably residing in London at the time of writing. Which probably goes some way to explain why Rowland chose to accompany a hardy band of dyed-in-the-wool North Sea trawlerman as they journeyed out into their watery office in pursuit of another haul one time. The artist wished to get to the heart of the industry matter, to get under their skins so as to honestly and earnestly creatively evaluate precisely what the fishermen did and what their job entailed, up close and personal, before putting paint to canvas to restage this very visual story.

Rowland frequents this resolutely physical approach to his work at every opportunity, demanding of himself and his compositions to tell the truest story possible at every turn, and nine times out of ten exposing himself to the most inclement of conditions as part of the human process of establishing a sense and feel for the place, the time and the characters caught on his eventual canvas reckoning. Thankfully Rowland’s North East habitat provides a plentiful supply of hostile weather sweeping in with regularity from the North Sea, affording him the most dramatic of conditions in which to set his pieces. Light and reflection playing an integral role in the artist’s artistic studies as the rain teams down and collides with every surface in which it makes contact with.