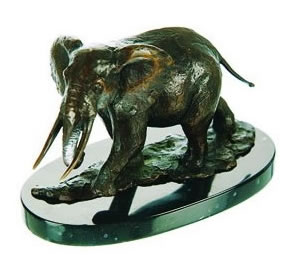 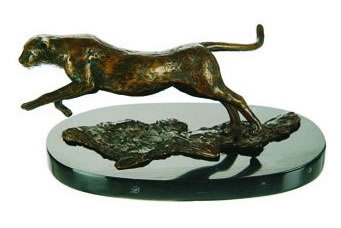 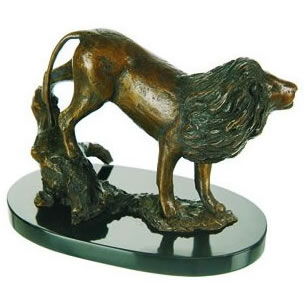 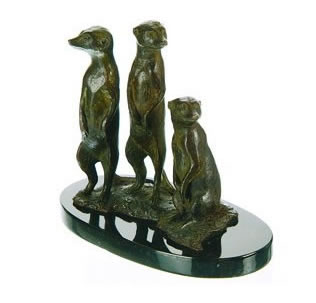 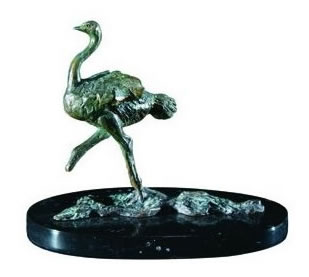 View All Art Works By Mick Simpson
Hailing from Stoke-on-Trent it was written in the stars that celebrated contemporary sculpture artist, Mick Simpson would end up working in clay, once he’s shown the merest of initial interest in following an art-based career path. Stoke, as everyone knows, is located right smack, bang in the heart of Britain’s pottery country/industry, and is colloquially referred to – and universally known as - ‘the potteries’. Coalport, Wedgwood, Spode and Royal Doulton and were all founded and prospered within this community, and its design and manufacturer served as a lifeblood to the area from the 17th Century onwards. Showing promise in art from a young age, Simpson went on to study Fine Art at nearby Staffordshire Polytechnic where he honed and perfected an almost inherent passion and talent for the art of sculpture which was in the blood having been born and bred locally.

Over the years Simpson has designed and manifested accurate and detailed studies including dogs, cats, African wildlife and the female form chiefly, and few modellers can envisage and create to the acclaimed degree that Simpson is known for. From ostriches, meerkats and snails to owls, dogs and monkeys, there are few animals which Simpson won’t turn his cultured sculpting hands to. Indeed, on the slightly more exotic scale, elephants, giraffes, hippos, lions and cheetahs have come under his sculpting scrutiny and have all helped cement his reputation in the genre, which has gone from strength to strength over successive years.

Once determined, realised and formed in clay, Simpson’s sculptures are then cast using the ‘lost wax’ method, whereby each bronze is decorated and finished by facilitating the traditional, generation-handed-down method known as patination. A Simpson bronze is typically characterized by a natural fluidity and movement of form, which seemingly injects visceral life into what’s obviously an inanimate object in the finished article yet which portrays the very essence of this range of highly expressive and dynamic animals.

Simpson is in the minority as a sculptor working in clay as opposed to wax which is far more widely used in the industry as a manipulative and pliable base material, but Simpson swears by its versatility and therefore the freedom that it affords him. He’s gone on record as admitting that this more than compensates for its other limitations which he actively works around so as to achieve his desired effects and cumulative visual results.

Simpson routinely works towards achieving his sculptured goal by referring to a mix of reference books, his own drawings, photographs and good, old-fashioned observational skills. As is par for the course with so many practising artists, Simpson’s studio walls are said to be loosely decorated in this moving and transient ‘wallpaper’.