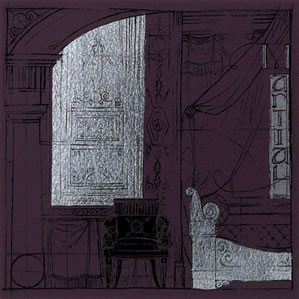 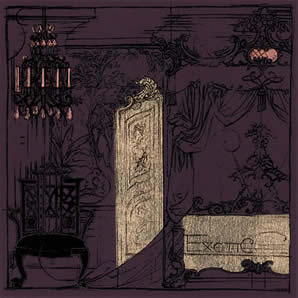 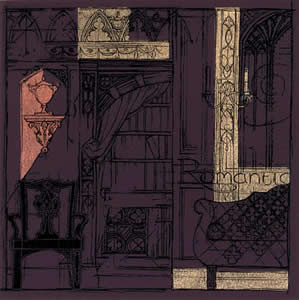 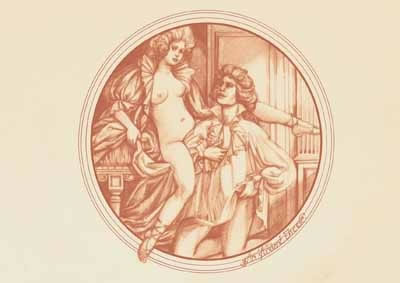 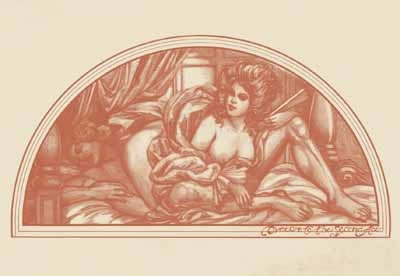 View All Art Works By Laurence Llewelyn Bowen
In 2012 celebrated contemporary fine artist and furniture/furnishings designer (and one time TV stalwart), Laurence Llewelyn-Bowen rounded on Swedish flat-pack kings, Ikea by claiming that their bedrooms furniture designs are – and to quote the former BBC Changing Rooms presenter – “lethal for libidos”, on account of the deeply unsexy constructions and design philosophy. Going as far as to say Ikea might have ruined people’s love lives, Llewelyn-Bowen went on to insist that; "For a start, it’s all flat-pack – it’s going to rattle. It’s just all about cleanness and drinking black tea and rubbing yourself in snow and hitting yourself with birch wood”, before adding, “That’s not what grown-up sex is like”. He concluded that; "Grown-up sex should be opera, it should be drama, it should be black velvet and silk, and it should be indulgent and opulent, regardless of how much it costs”. So there you have it. Ikea kills your libido.

Best known for being habitually on our TVs during the late 1990s telling us all how to redecorate our houses in Regency/Renaissance styles whilst donned in flouncing cuffs and pseudo-Edwardian ruffles and bedecked in a flowing, Lion-like mane of period hair, Laurence Llewelyn-Bowen (almost) become an institution back then. Doyen of BBC property revamp programmes of yore, like ‘Fantasy Rooms, Home Front’ and perhaps most famous of all, ‘Changing Rooms’, Llewelyn-Bowen quickly rose to prominence and became a household name during the back end of the 1990s and the start of the 2000s.

Although he may have slipped out of the mainstream televisual limelight in recent years, Llewelyn-Bowen hasn’t being slouching. In fact he been either ‘consultant’ on other people’s/business’s projects or involved in his very own ‘projects’ during the intervening years, whilst also finding time to design bespoke collections on behalf of leading soft furnishings and ceramic manufacturers. Oh, and he penned a couple of books too so as to remain on our radar. But perhaps what’s of more interest to us, is Llewelyn-Bowen’s forays into fine art, and precisely when and where it all began for someone who’s considered by many to be the UK’s premier celebrity designer and artist and furthermore as arbiter of taste to British society.

quickly glossing over the Llewelyn-Bowen rudiments so we can get to the current art stuff, he was born in London in 1965, and after concluding his secondary schooling won a place at the Camberwell School of Arts and Crafts, from where he graduated in 1986 before pursuing a (very diverse) career in design and design-related things. First off and LLB (as he’ll be henceforth known for word count reasons, and the acronym he appears to operate under these days) landed a role with a company specialising in industrial flooring, and during his tenure in their employ was responsible for many of their best-selling designs. If for example you’ve ever trod the hallowed ground at London’s Royal Albert Hall or Buckingham Palace – or for that matter taken a trip on the Tube – you’d have unwittingly followed in the footsteps of Llewelyn-Bowen. Or rather, one of his floor designs.

Then, in a nutshell, Llewelyn-Bowen was afforded the opportunity to work alongside a team of successful interior designers, which eventually led to him launching his own design consultancy, which to this day has completed projects and briefs with direct regard to a selection of multi-million pound refurbishments. Then, in 1996, the first episode of Llewelyn-Bowen’s TV breakthrough, ‘Changing Rooms’ was aired, which introduced him to the country at large, and which appearance paved the way for an impressive broadcast career which he still enjoys today. Only not quite as prime time it has to be noted.

Now resident of the Cotswolds, the accomplished broadcaster, author, art historian and hardworking charity supporter has returned to his first love of fine art, which sees his latest venture being the launch of a portfolio of stunning artwork inspired by his life-long passion for historical art and interior design. Appearing slightly abstract from some perspectives, Llewelyn-Bowen’s new releases behold classic figurative studies, and portraits which present a personification of the vintage glamour and elegance which characterized 18th Century living. Fusing contemporary with an altogether more extravagant period style, this unique personal approach saw a total of 8 prints coming together as a set to explore the decorative themes of a distant time. Traditionally known as "capricci", these images disseminate fascinating historical information in a stylish manner – silk-screen prints on paper, with hand embellished copper, gold and silver leaf - proffering a beguiling glimpse into the opulence and elegance of the period.

Aside from his welcome return to fine art, Llewelyn-Bowen is currently busy spearheading the launch of his own furniture/soft furnishing collections on an international stage. Called, ‘The House of Laurence’, the artist’s latest three-dimensional direction is targeting new, affluent Middle Eastern markets, including Malaysia, China, Hong Kong, Dubai, Qatar and Saudi. Building on his successes with Littlewoods and exposure his range has experienced here in the UK, Llewelyn-Bowen is now working on parallel collections for the aforementioned international markets.

5 Things You May Never Have Known About Laurence Llewelyn-Bowen;

1. He had a cameo role in BBC2 comedy (and David Walliams light entertainment vehicle), ‘Little Britain’ during the first series.
2. He was celebrity guest winner on ITV1’s, ‘Test the Nation’ in 2003.
3. He redesigned the Blackpool Illuminations in 2007, originating six illuminated burlesque beauties. He repeated this again in 2010, introducing dinosaurs, vampires and ghouls to the mix.
4. He was a judge on the panel of ITV1’s ‘Popstar to Operastar’ celeb-reality show in 2010
5. Designed a range of bespoke home décor and contemporary furniture for Littlewoods