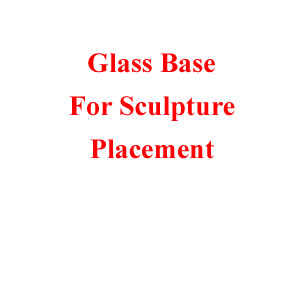 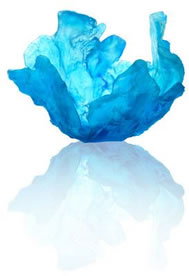 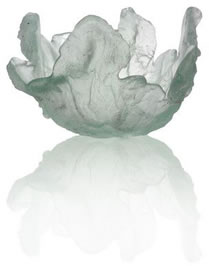 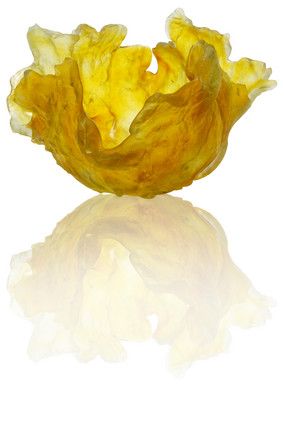 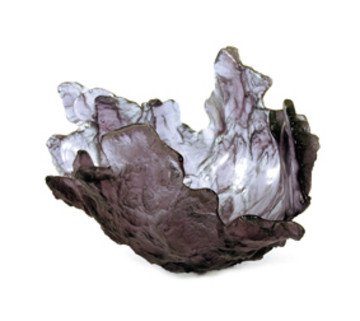 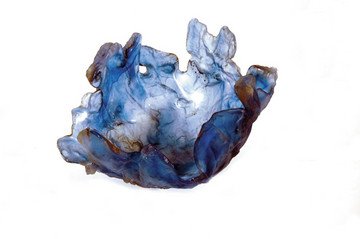 View All Art Works By Amanda Brisbane
From butterflies, fish and leaves through to frozen water, vessels, flowers and seaforms, Amanda Brisbane is recognized and rightfully regarded as the UK’s foremost sand casted glass artist, and as the list testifies, is more than capable of turning her cultured hand to any manner of muse as her mood and immediate vistas dictate. Throw into that already heady and uber creative mix some of Mother Nature’s finest natural creations, skies, rainbows and fires, as additional inspiration for her captivating and unique glass craft and you understand just why Brisbane’s work is spoken about with such critical acclaim.
Brisbane undoubtedly feels genuinely passionate about her specialist subject, glass, and it shows in every, uniquely sculptured and lovingly crafted piece. She cites the challenge of determining that every individual example is unrepeatable by focussing intently on colour splits which habitually cannot be either predicted or replicated courtesy of the naturally occurring elements involved. It was during Brisbane’s studied in America that she first became aware of the sand casting technique which she’s very much made her own on this side of the pond since her return, and she speaks animatedly about the textural finishes that were resultant of the processes being something she was immediately drawn to when witnessing them on those initial encounters.
To paraphrase Brisbane herself, she enthuses about; “The subtle interplay between the fire-polished smoothness of the inner surface and the contrasting, coarser texture of the cast underbelly”. It is of course a fundamental technique which Brisbane herself has tweaked, adapted and to a large extent, refined over the years as she’s successfully strove to originate her almost iconic one-off glass sculptures that in Brisbane’s case take on this borderline organic, three-dimensional form all of their own. Each piece of glass is therefore a subtle collaboration of artistry and chemistry. Unusually, Brisbane produces all the raw materials used to colour the glass herself, with the oxides used in the process ostensibly defining each sculpture. The fluency and versatility in Brisbane’s work is only realised when the casting is fulfilled in the one stage. As the molten glass begins to solidify, Brisbane intervenes, manipulating it with her hands, and coaxing new shapes to materialise.
Born in Shropshire in 1964, Brisbane has benefitted from an impressive further artistic education since leaving secondary school, with stints at (and qualifications gained from) the renowned faculties of higher creative learning both here in the UK and in the US. In chronological order they have comprised of study at the prestigious Central School of Art and Design in London (on an art foundation course between 1982 – 1983), followed by the gaining of a BA (Hons) degree in 3D Glass Design from the West Surrey College of Art and Design (1983 – 1986) and completed by Brisbane’s stateside education which took in both Philadelphia’s Tyler School of Art (where she won a scholarship in 1985) and the Boston-based Massachusetts College of Art (1986).
We take up Brisbane’s story timeline again in 1987, when the budding professional contemporary glass artist opens up her debut studio/prospective business premises – Amanda Brisbane Glass – in her native Shropshire, situated near Ludlow. Set-up with support from the London-based Crafts Council, Brisbane was the name above the door in terms of her being the artist and proprietor of the said business up until 1993. Next up for Brisbane spent 6 years in the guise of Marketing Manager/Director for a firm specializing in the development of composite materials, before she again decided to branch out on her own two feet, culminating in her own dedicated hot glass studio throwing open its door for business in 2000; and where she’s remained doing what she does ever since.
Commissions soon came flooding in for Brisbane by clients enchanted by her personal and private collections and individual creations, and they came not just from far and wide but also courtesy of many established and prestigious companies and organisations. Like for instance London health spas, Birmingham’s Regency Wharf (where Brisbane designed and constructed a 4 tonne glass sculpture), Whiston Hospital’s burns unit (a series of 6 unique glass murals) and bespoke atrium sculptures aboard the ‘Monarch’ and ‘Majesty of the Sea’ cruise liners which formed a part of the Royal Caribbean group. Magazine editorials and features also mounted up, including column inches in Crafts magazine, newspapers - the Daily Telegraph and the Times, Radio 4 (Kaleidoscope), Neus Glas and the published title, Glass Art, by Peter Layton.
Furthermore private collectors around the world started to form orderly queues for Brisbane’s signature works when they came to market, and numerous are now housed and displayed at venues such as the following; the Corning Museum of Glass, New York, the Florida Museum, USA, the Elbeltoft Museum, Denmark, the Bellariva Museum, Switzerland, the Broadfield House Glass Museum, Dudley, West Midlands, as well as in the private collection of the British Ambassador to Spain. Awards, as imagined also started coming thick and fast, and amongst which Brisbane has received the following accolades in respect of her glass works; 1989, Worshipful Company of Glass Sellers, where Brisbane was presented with her award at the Mansion House by Lord Major of London, a Special Award by the Glass Sellers (as handed out in both 2002 and 2003), whilst also accepting an award by the Trade Partners UK as the Best Small Exporter, for the Midlands.