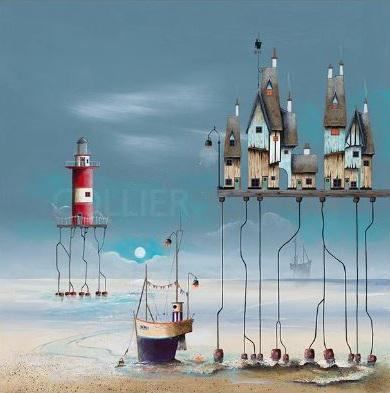 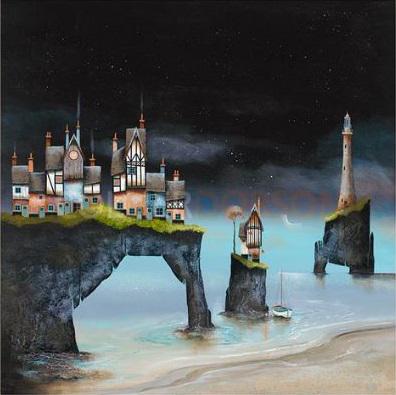 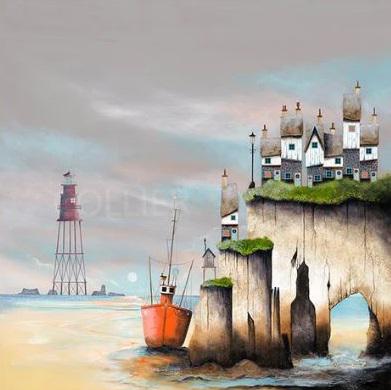 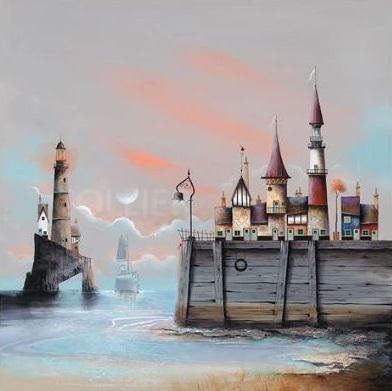 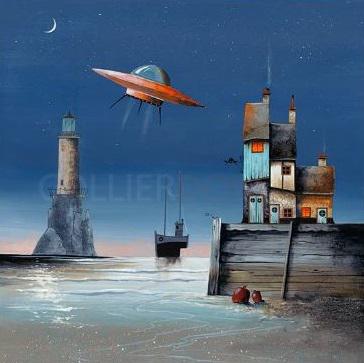 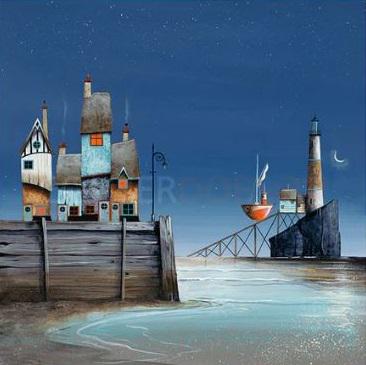 View All Art Works By Gary Walton
Not being in receipt of any formal art training hasn’t held contemporary landscape artist Gary Walton back in any way whatsoever, and as is the case with many of his peers successfully carving out a professional art career in this genre, self-taught can often be the key. Born in Worcester, England in 1962, Walton showed an enthusiasm and gift for art from the outset of his childhood, yet never once did it cross his mind that he could, and indeed, would, make a living from it.Ironically, throughout his schooldays Walton was said to excel at art as a subject, and that contrary to his own beliefs a unique style began to develop, which would require nurturing and direction for it to survive and prosper. However that wasn’t an option to Walton, who after working his way through the school system left education behind him and made the transition straight to work within a conventional role.

However Walton loved to paint, and filled his spare time doing just that. His particular forte was landscapes, whether real or imagined; as he wasn’t going to let a little harmless fantasising and artistic license get in the way of originating what he envisaged in his mind’s eye. Whilst he may not have realised where his talent could eventually take him, Walton’s wife could. And in the aftermath of constantly encouraging him to take his art more seriously, he finally gave in to her demands and did just that. Although with one eye still very much on the practicalities and potential pitfalls associated with dedicating everything to art, Walton continued to work part-time so as to have a secure, regular source of income whilst attempting to make a name for himself through his bespoke art. Walton painted night and day for three years in his home studio, managing to sell his artwork to both retail outlets and a number of private collectors during this time.

In terms of inspiration, Walton began to look closer to home in more ways than one, and took a long, hard look at himself, as a potential artist, so as to engender an individual style. In spite of becoming frustrated when a style wasn’t formed and modulated overnight, Walton persevered nevertheless, and would sketch around the clock to determine what he hoped would become his visual trademark and a convincing pictorial representation of himself and what he observed. Otherwise Walton drew his influences for landscape from universally-celebrated surrealist, Salvador Dali, and what materialised personally for him can be ostensibly traced back to strong Dali-esque elements it has to be said. There’s a magical quality, a crossing and compromising of realities and the advent of dreamy visions, that hint at whimsy, romance and an innate sense of wit and wisdom to what we know acknowledge as a typical Walton piece. When questioned on the Dali factor, Walton is quick to admit that; “He was the artist to give me the inspiration to create my own unique style”.

When discussing what it is that makes Walton’s landscapes so unique and appealing to a large audience, it’s very difficult to pinpoint the exact conjecture. His watercolours promote a quirky use of watercolours, which emboss a highly detail-driven image that’s typically populated by buildings, coastlines and of late, trains, sacrificed to the hitherto blank canvas in an enchanting, inviting decorum. And Walton’s ever-impressive marine work visually encapsulates pebble beaches, fishing boats and lighthouses with composure, warmth, subtlety and a defining cleanliness of brushwork. And notably set beneath an unbroken blue or night sky to offset the story being played out.

Walton has finally received the recognition that his work and talent richly deserved over the past decade, with the ball rolling in 2004 when effectively Walton would henceforth be referred to as Walton the artist. His big break arrived when he scooped the DeMontfort Fine Art Publisher’s ‘New Artist’ award, and with it a publishing contract. The new and varied exposure that would arise from this opportunity would allow for Walton to wave goodbye to the more conventional route of employment that he hadn’t managed to turn his back on completely for good and focus entirely on his life’s calling. Soon after this life-changing collaboration was cemented, Walton’s back catalogue of compositions was showcased in gallery surrounds throughout the UK and overseas, with New York and Hong Kong adding to London as venues for his exhibitions to date. With success, Walton has become a keen philanthropist too and donates his art to individuals as well as many national charities. In his own words, Walton concludes; “I am very passionate with everything I paint and I will always strive to achieve producing a unique range of paintings for all to love”.