View All Art Works By Nemo 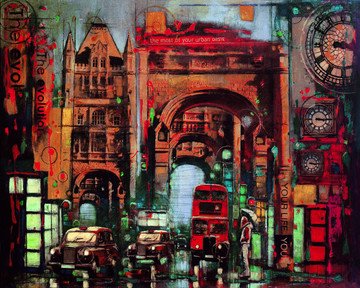 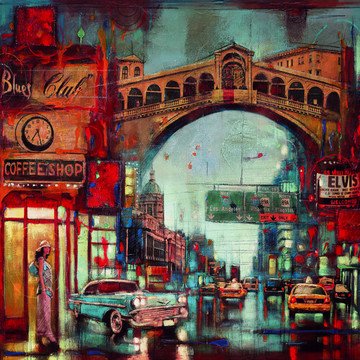 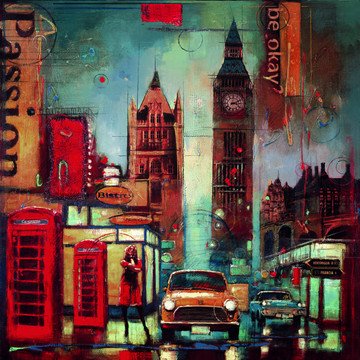 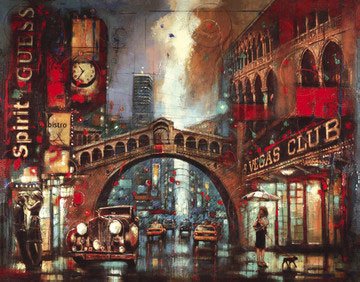 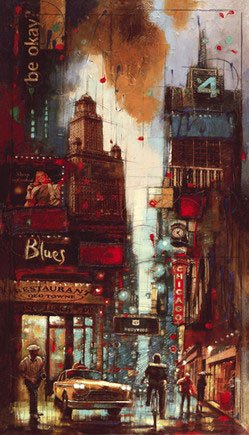 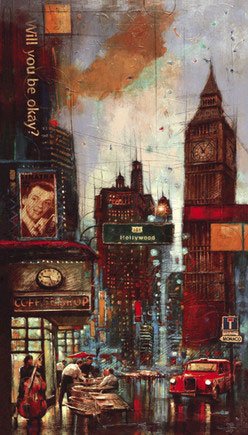 View All Art Works By Nemo
There’s a few contemporary artists out there going by the name of Nemo, aswell as a certain animated fish who has a habit of getting lost, yet the one we’re concerning ourselves with here is none other than Victor Colesnicenco. Or Nemo as he’s referred to by his friends. Think Brazilian footballer and their abbreviated and/or pet names if in doubt. Landscapes – and in particular, cityscapes – are Nemo’s contemporary artistic game, although he does turn his hand to still life periodically, whilst in terms of themes and the all prevailing one which runs through the bulk of the artist’s work is one of travel and discovery. Nemo cites the excitement of the discovery of new and beautiful places amongst his favourite things, which is instantly observed in his typical compositional works.

However what makes Nemo’s visually spectaculars stand out even more is that moment when it suddenly dawns on you that you’re witnessing 2 (and sometimes 3 or indeed, 4) cityscapes for the price of one. Affording his pieces generic titles, rather than simply, say ‘London, Venice’ or ‘New York’ Nemo instead calls them ‘Urban Oasis, Metroland’ and ‘Global Village’, which other than sounding a bit ‘Bladerunner’ essentially covers alls geographical bases. It’s not uncommon to see Venice’s Bridge of Sighs spanning London’s St Paul’s Cathedral, whilst a New York yellow taxi cab pootles past ferrying fares around this mix-and-match metropolis. Either way, Nemo’s cities look absolutely sublime.

Born and bred in the capital city of Moldova – a country acknowledged for its rich and diverse creative heritage – Nemo grew up surrounded by amazing carvings and other craftworks found on and around Chisinau’s oldest and most historic buildings. Yet the one artistic element which really impressed Nemo like no other was paintings; and he convinced himself from an early age that one day he’d aspire to become an artist. Not letting the grass grow under his feet, Nemo made it his business to learn all about the style and techniques of famous painters whose works appealed to him, and concentrated on teaching himself how to master the arts.

The one artistic movement which piqued Nemo’s interest most during his formative years was that of Surrealism, and the fashion in which its leading exponents could seemingly blend opposing objects and landscapes together to such devastating and unquestioned illustrative effect. Despite enrolling at art school at his first opportunity, Nemo wasn’t prepared for what he calls the regimented routine and overly-disciplined academic style that the Russian-based academy promoted, so gave it up as a bad job. Whilst to many this might have signalled a premature end to their fledgling art career, to Nemo it just meant he would gain alternative practical art experience; such was his desire to make it in the contemporary art world.

Talent of course always makes itself known and rises to the surface, as did Nemo’s, and art school was but a distant memory as he busied himself furthering his own natural artistic gift whilst also championing the cause of fellow creatives in the locality by organizing large outdoor art fairs to showcase the works of all. Unfortunately this resourcefulness and forward-thinking came to an abrupt halt, as National Service commitments required Nemo to serve in the Soviet Army for two years as is compulsory, and when he returned from his tour of duty he decided to follow a different career path.

Thankfully it wasn’t too far removed. In fact, it was still very much in the realms of art, as in conjunction with a friend they set up a successful business restoring works of existing art, while also painting murals in churches. After settling into this role for a while – and gaining valuable experience in the process – Nemo eventually came to the conclusion that his future lay elsewhere. Not just in another line of art, but on another continent. So he upped sticks and relocated his family to Canada. The ever increasing freedom in his native country sparked the desire to travel in many Russian citizens, and Nemo seized the moment to start life afresh in a different country and absorbing a different culture and lifestyle to boot.

Putting down roots just north of Toronto, Nemo believed that this location better served his creative needs and viewed its position as a gateway to the world, or at least the commercial artistic world that he wanted to be so very much part of. it was here onwards that Nemo laid down the visual tracks that were to become his life’s pictorial work to date, these dramatic, distinctive images that draw together and fuse the charm, mood and idiosyncrasies of several famous landmarks and skylines which characterize famous cities simultaneously so as to create this dreamlike memory of time and space, envisaged in a fascinating combination of mixed media. Represented and promoted by galleries across Canada and North America as a whole, Nemo’s individual works and collections have become widely collected and in constant demand, whilst each new release is as hotly anticipated as the last. Not bad for the boy from Moldova who dared to dream big all those years ago.