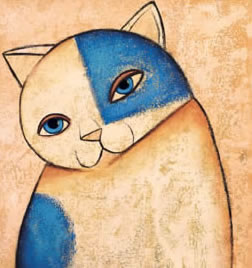 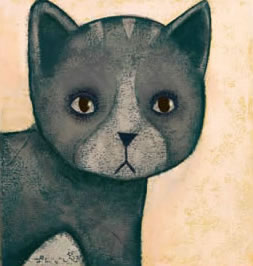 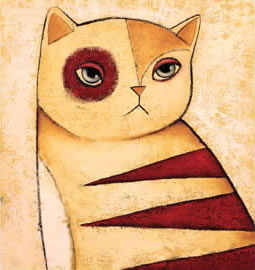 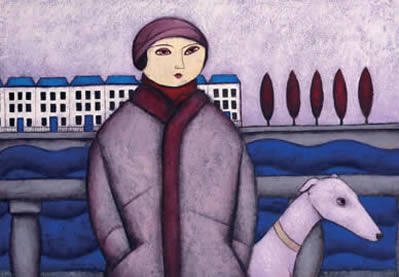 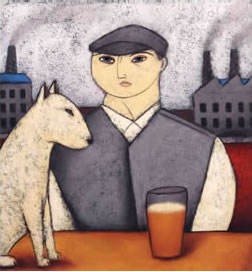 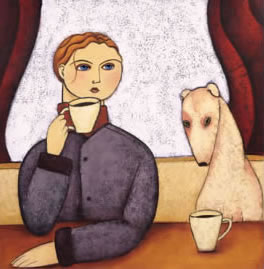 View All Art Works By Paine Proffitt
Exciting contemporary fine artist, Paine Proffitt has been on quite the journey to arrive where he is today, both professionally and geographically, collating an enviable collection of Air Miles in the process we would have thought. Although found residing in the Midlands today living a relatively normal life, Proffitt had what might be considered an eventful and anchor-less start in life, and an existence that may have destabilised lesser individuals. On account of his father being a foreign war journalist for a leading American news-gathering corporation, Arizona-born Proffitt never stayed put in one place long enough during his childhood to call home, relocating on average once every 12 months so that his father could report from some of the world’s most hostile regions and countries. From Vietnam to Lebanon to Kenya, Proffitt’s father’s reporter role with Newsweek Magazine meant constant upheaval for the family and a pretty rootless existence for a number of years as a result.

On the plus side, Proffitt sought solace in his drawing and painting as a youngster which was at least one aspect of his life that remained the same wherever it was carried out, and what’s more something which the travelling provided perpetual inspiration for, given his ever-changing environments during this period. Essentially, the more Proffitt travelled, the more he involved himself in his art. Finally his parents were in a position to put down roots, which they did in Philadelphia, when and where Proffitt looked to follow his interest in art more seriously and studiously. On leaving high school he won a place at the Rhode Island School of Design in Providence, where Proffitt elected to study Illustration. Whilst here he met his future wife, British-born Paula McArdle, a fellow artist as it happens, with whom he took off to England during his final year, which he deferred. Touching down in Brighton on England’s south coast, Proffitt attended university there during his year out, and declared this chapter in his life to be one in which he grew and developed as a budding artist.

On Proffitt’s return to his native shores, he completed his final year at Rhode Island before embarking on a career as a freelance illustrator, based back in Philadelphia. Turning out to be a five year love affair, Proffitt was instrumental in the creation of commercially-envisaged illustrative work for countless magazines, book publishers and newspapers, as well as corporate clients, building something of a name for himself in creative circles in the process. However in 2001 Proffitt packed his bags and bode farewell to the States for the last time as he took his (now) wife back to England and set up their marital home in the Midlands were they remain today.

Once here, Proffitt threw himself into a more personal style and brand of art, which he discovered breathed fresh life into his creativity as a whole, especially above and beyond the restraints of a more corporate world, and he found much out about himself and who he was in terms of his art, direction and ambitions at this almost cathartic juncture. Finally fulfilled on an artistic level, Proffitt was fired up enough to approach fine art publishers with a selection of his new body of work, his first from a serious and targeted perspective, one of which was Washington Green. This powerhouse British art publishing house took Proffitt under their wing and sought to represent him going forward, opening new doors and gaining him exposure and access to a broad demographic.

Proffitt’s style of art to date has been illustratively stamped by his undoubted passion for sport, and football in particular makes a welcome and recurrent appearance in his hitherto back catalogue. To date Proffitt has created a series of compositional work to celebrate the 2007 Rugby World Cup, which was showcased at Rugby’s British home, Twickenham, whilst in football terms Proffitt was approached by Premier League regulars, West Bromwich Albion with a view to providing original artwork for their matchday programmes for the 2011-12 season, which he duly obliged. What’s more, Proffitt secured the same arrangement with another Midlands-based footballing outfit, League One’s Port Vale the following season, as well as with Aberdeen FC north of the border.

Staying on Port Vale topic, the world’s biggest Valiant fan and LA-based football club owner himself, Stoke-born pop star, Robbie Williams is also known to be a collector of Proffitt’s signature works, while Olympic and Tour de France cyclists, Sir Bradley Wiggins and Mark Cavendish were also said to be easily won over when each presented with a Proffitt composition for their efforts, after completing the Stoke-on-Trent stage of the Tour of Britain recently.

Asked about his inspirations, Proffitt unsurprisingly cites travel as a massive one, having seen so much of the world from an early age it was inevitable that a bug would be born that he still seeks to exercise when he gets the chance today, whilst from a purely artistic viewpoint he’s always been drawn to the works of Modigliani, Matisse, Chagall and Picasso, and lists cubism, contemporary naïve and surrealism amongst his favourite movements; all of who he himself has been routinely compared to regarding the art he originates.