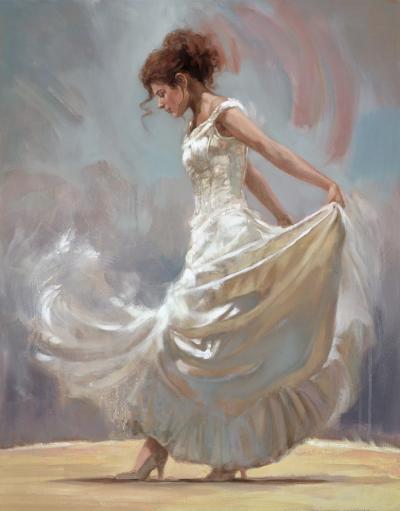 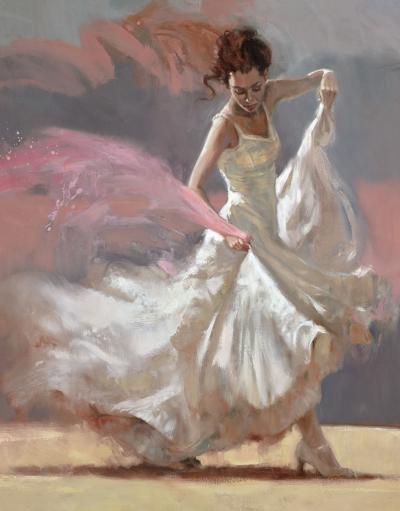 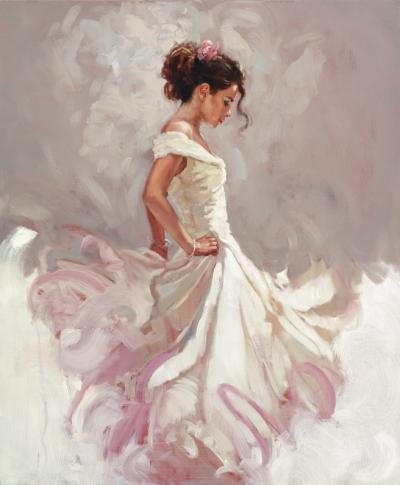 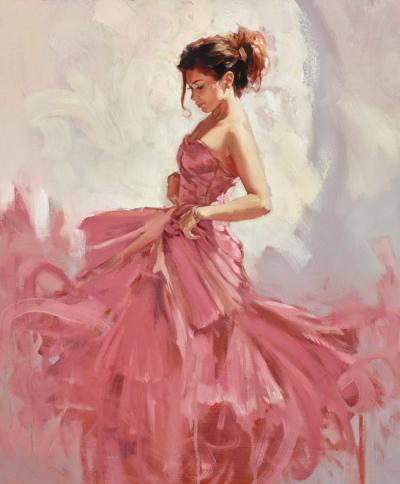 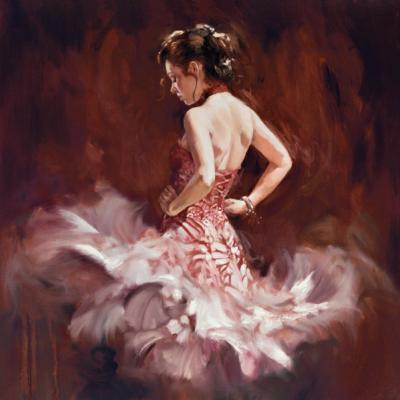 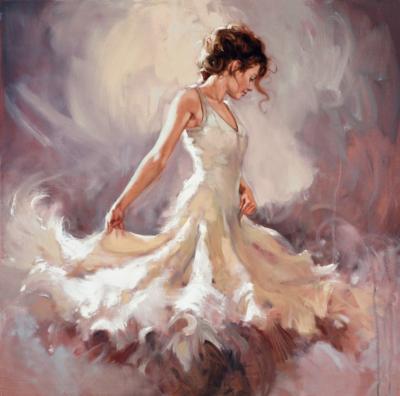 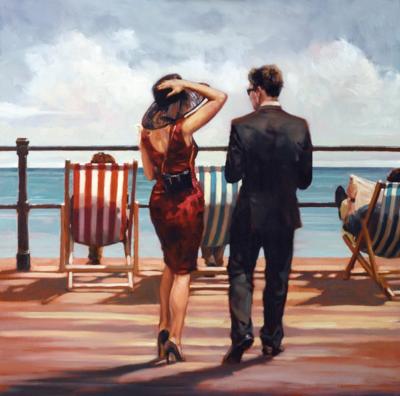 View All Art Works By Mark Spain
In-demand contemporary landscape and figurative artist, Mark Spain first came to the public’s attention it’s fair to say in 1987, when he was chosen by Kew Gardens to create a collection of etchings to commemorate the re-structuring of one of London’s most famous postcodes in the aftermath of the destructive storm of that same year and one which had torn through the South-East in the Autumn. Producing a series of engaging and illustratively picture perfect renditions of some of Kew’s (then) most user-friendly imagery, Spain made an indelible mark in the hearts and minds of art fans of a landscape persuasion back then, which essentially announced his arrival on the contemporary pictorial scene. Whilst today he’s perhaps better known for his strong and visually vibrant figurative work, he remains one of a new breed of artists who can easily flit between differing genres and adapt his creative settings to new ones as the commercial need and/or emotive will arises.

On the back of the groundswell of public approval at the body of work Spain manifested for Kew, further commissions started to roll in, including other high profile visual invites from The NatWest Bank and The Dorchester Hotel, who requested landscapes of their own. Galleries also bent over backwards to accommodate Spain’s individual pieces, with CCA Galleries of London at the time responsible for the publication of many of Spain’s etched editions.

This was all a far cry from Spain’s early days, and a childhood which although filled with an artistic persuasion all of his own making, didn’t necessarily point in the artistic direction of what actually lay ahead. After completing his secondary education, Spain elected to study Technical Graphics as opposed to a fine art discipline, attending Medway Art College in his native Kent, before setting up a print-making studio once he left where he spent a number of his early years pursuing this as a professional career while all the time mastering his etching and collagraph techniques.

Over a period of time though Spain felt the urge to develop and stretch himself further as an artisan, and decided to turn his hitherto landscape painted hand to the alternative creative realms of abstract and figurative, and of course of late, to cityscape. Spain is quick to point out when questioned that he enjoys nothing more than to experiment with different subject matter and applied techniques, and loves to rise to the visual and pictorial challenges which he sets himself as he aims to expand his compositional horizons still further. In terms of Spain’s collagraphs, etchings and paintings, many have been successfully showcased at some of the UK’s most prestigious venues, including the 20th Century British Art Fair, the Chelsea and Hampton Court Show and the Barbican Contemporary Print Fair, all of which were played out to large audiences in and around Britain’s capital city, London at various times in recent history.

Spain’s first taste of commercial success in relation to his figurative work – and the genre in which he’s most identifiable as an artist in our opinion – came about in 2000, and after being snapped up by one of the country’s leading fine art publishers, Washington Green. Since then Spain’s seen many of his signature compositions reproduced and subsequent exhibitions both part and solo contemporary artist affairs selling out of work, whilst he’s also been recognized and rewarded for his achievements in the genres in which he chiefly operates and accumulative successes that he’s witnessed by the Fine Art Trade Guild on a number of separate occasions.

Speaking on this very subject, Spain offers the following candid insight into his approach to his brand of art and how he hopes and feels viewers and collectors interact with the fruits of his creative labours. Spain; “My Figurative work was first published some ten years ago. This range of work is constantly involving and I enjoy the challenge of expanding ideas based on the female form”, adding; “Movement is a key to many of my pieces as well as form, texture and colour. This is something I feel I will be able to work on and progress with, evolving and perfecting”.