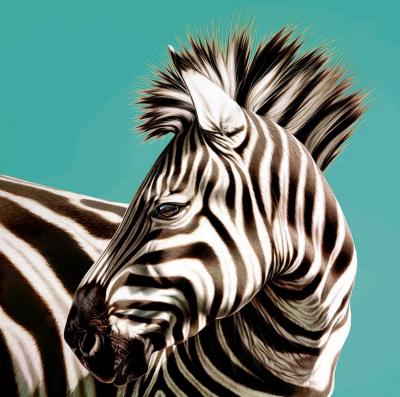 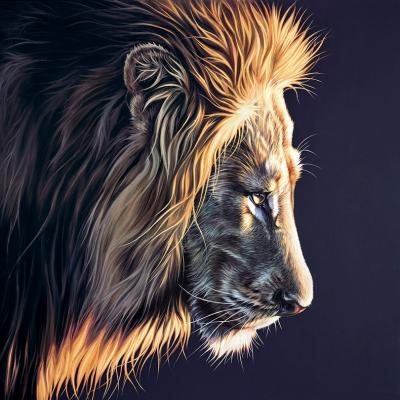 View All Art Works By Darryn Eggleton
His (very) rural South African upbringing paved the way for the (now) best-selling contemporary wildlife art practitioner, Darryn Eggleton to later pursue a hugely successful career in professional fine art publishing. Enveloped at every turn as a youngster by a stunning natural world in all its untouched beauty, it wasn’t long before Eggleton was suitably inspired to reach for the palette and artist materials, and attempt to capture what he witnessed on an almost daily basis. Add to that already heady mix, frequent family excursions into the African bush, and you begin to build a picture of just how easily influenced the would-be fine art exponent was, there and then. And how the illustrative scene was set for what duly followed.

Research was always paramount to the impressionable Eggleton, finding his way in the contemporary wildlife art world, and is still very much key to what he does and precisely how he still goes about things of a pictorial nature today. It’s the only way he can guarantee the visual accuracy and graphic detail contained in Eggleton’s each and every compositional piece, and which has helped him build the enviable reputation he enjoys today. Back in his formative years however, Eggleton would systematically collect a myriad of reference material on field trips into the bush, while even now – with all that experience under his belt – he still insists on employing the same level of preparation before embarking on his latest visual endeavour. Today Eggleton is known for his capturing his intensely realistic animal portraits in oil on linen, and over the years he’s routinely refined his skill and technique to a point where fur patterns and textures are vividly and authentically reproduced.

The results are in-demand pieces, which in turn have led to being almost overwhelmed with commission requests, be they for private or corporate clients or exclusive game lodges, while his successive portfolios have been exhibited in venues as far and wide as London, Switzerland, Singapore and New York to name but a few. Speaking of journeys, Eggleton believes that he sets off on an expedition every time he undertakes a painting, courtesy of its ‘preparation, endurance, lessons and satisfaction’. Indeed, on that score, the best-selling fine artist stresses that; “It is my hope that these qualities will shine through, and capture your imagination.”

Recognised by his chosen profession, Eggleton has already bagged some notable awards and reached the shortlisting stage with others, including the ‘David Shepherd Wildlife Artist of the Year’ and the ‘Hirum Blauveldt Purchase Award.’ Meanwhile he’s been the resident artist at South Africa’s Leopard Creek Golf Estate, completed two residencies at the Nature in Art museum in Gloucester and seen swathes of his previous work auctioned off for a host of charities to date.