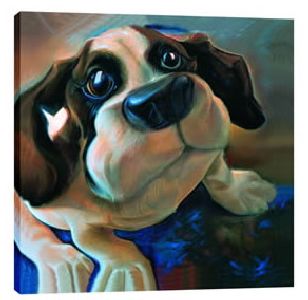 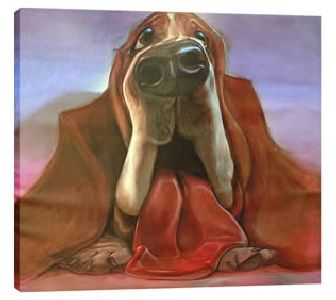 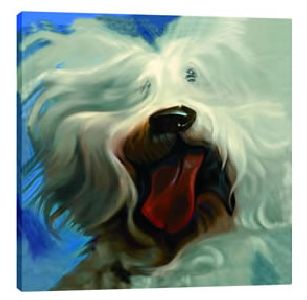 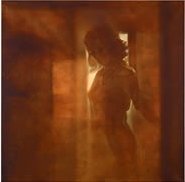 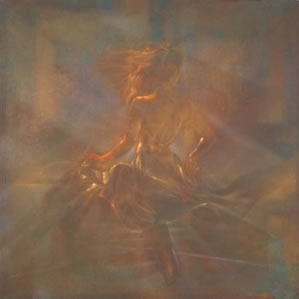 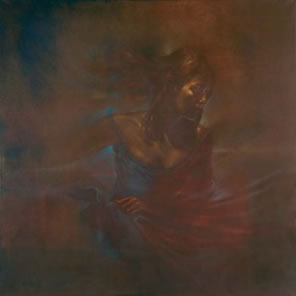 View All Art Works By Dean Kendrick
Normally the only type of canines to be presented in cans are hot dog sausages, however of late, acclaimed contemporary fine artist and (now) sculpture artist, Dean Kendrick, has presented his ‘My Pedigree Pals’ series of 12 finely sculptured breeds of dog. Which we’re sure will prove a hit with his growing army of fans, for an artist who until fairly recently concentrated his creative efforts on the more two-dimensional form and function. However, Kendrick isn’t an artist to stand around and let the grass grow beneath his feet, as we’re about to find out for ourselves.

Born in 1970 in Birmingham, England, on leaving his secondary school environment Kendrick attended the Bourneville College of Art in the Midlands, where he gained an extensive insight into a raft of different design disciplines. These included portraiture, illustration, graphic design and landscape painting to name but a few, which all appealed to Kendrick on various levels and all of which he embraced in his time in higher education. Upon graduating, Kendrick upped sticks and moved to Stratford-upon-Avon to assume a design role with a sizeable giftware company, whilst also continuing to paint for his own ends in his spare time.

Kendrick’s work was met with much approval – his after-hours compositions that is, although we’re sure his 9 till 5 creations went down a storm too – and he managed to shift a substantial amount of his personal paintings to both individual purchasers and local art galleries who by this time were also declaring an interest in Kendrick’s work. When pressed on the subject, Kendrick always cites his late grandmother’s influence as a youngster, who ignited his interest in art, and in particular painting.

Since turning professional, Kendrick has gone through something of a style metamorphosis, as well as material one, which stems from his fascination with many different genres during his formative years as hinted at above. Whilst initially originating gregarious, colourful and indeed, humourous, predominantly dog portraits on conventional canvas surfaces, Kendrick has not only changed his subject matter, but also his surface area yet still not gone off topic with regards to the 3-D element. Confused? Then let us explain.

Kendrick’s flat surface creations have changed almost beyond belief, as he’s looked to visually engineer a far more atmospheric look and feel to his 2-D compositions, in the event adopting a more whimsical, mystical and above all else, ethereal structure, weight and compositional effect, a long way from the user friendly dogs of his pictorial past. This diversification of style and artistic delivery is best represented in Kendrick’s recent illustrative reveals, such as ‘Enchanted’ and ‘Ambience’, which are as far removed from wet-nosed and soppy as can be, courtesy of shimmering, all strong light and reflection visual edge. Conversely, Kendrick’s abandoned dogs have found loving new homes in tins, as mentioned at the top, and in the previously unseen form of ceramic sculptures. Still bright and still beautiful.

This stark departure is not altogether new for Kendrick, as he has something of a track record for chopping and changing his creative values and has, we have on good authority, experimented with a host of styles during his career to date. Having said that, his rather minimalist current mode seems here to stay for a good while. Kendrick describes his approach to these new works as essentially wanting to leave a large element to the viewer’s imagination, and therein drawing them into his work. His fascination with movement and light are there for all to witness, and he suggests that his influences come from the world around him rather than any pre-meditated influence or subconscious message. Suffice to say he keeps his pen and paper to hand should inspiration strike at any given moment. Kendrick believes that having explored different styles down the years he’s finally arrived at the conclusion that less is more, decreeing that; I want the person who is looking at my painting, for just a few moments in time to be completely lost in the beauty of it".

Sharing with us just how he sets about creating his latest studies, Kendrick insists that he begins with a sketch so as to capture the elements of form that strike him first and foremost. What’s unusual is that Kendrick admits to drawing backwards as such when cementing his concepts, starting with light rather than shadow, and utilising dark paper to harness the highlights of movement and form before he even considers painting the defined subject. The final piece is more often than not realized in a fusion of acrylic and oil paints, despite continuing to experiment with other mediums when the mood takes him; thus resulting in this uniquely hue and saturated and innovatively visualized, romantic-tinged artwork.