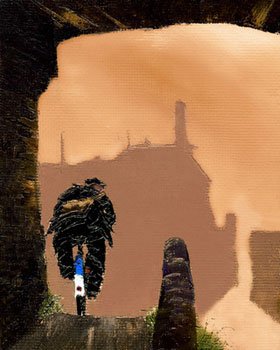 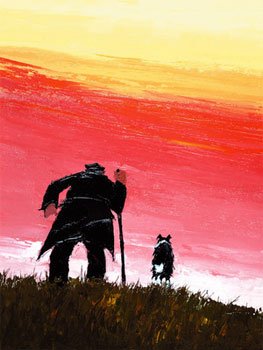 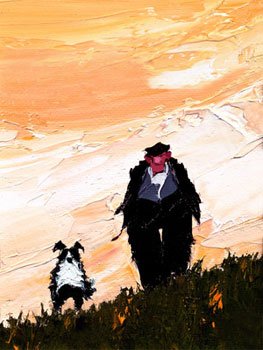 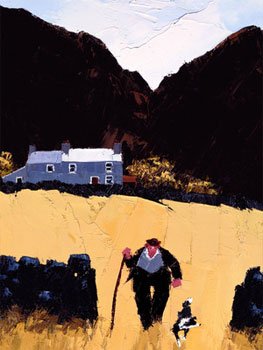 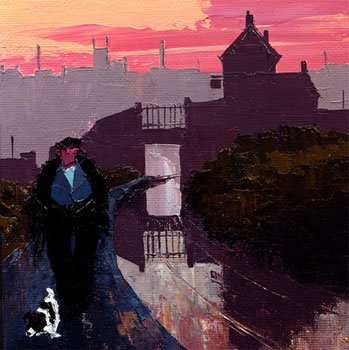 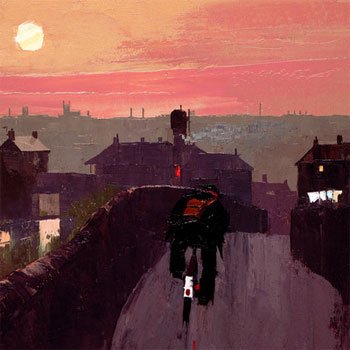 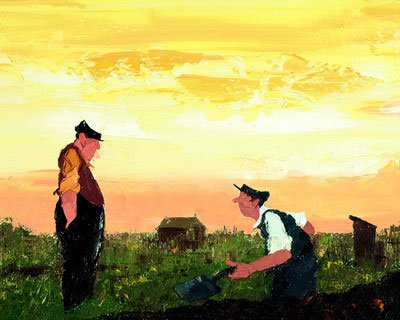 View All Art Works By Austin Moseley
Austin was a name synonymous with car-making in the West Midlands of the UK in the 1930s, whilst as most of us know, it’s also a place in Texas, America. Austin is also the Christian name that Mr and Mrs Moseley of Tiverdale, Staffordshire (also located in the West Midlands) bestowed upon their new-born son in 1930, who later went on to become the contemporary fine artist known as Austin Moseley. And when we say later, we mean considerably later in life. In fact, fairly recently truth be told. On qualifying as a Chartered Mechanical Engineer, Moseley was employed within the industry for a sizeable chunk of his working life, after which he went on to become a senior lecturer in the discipline at the University of Wolverhampton (yes, still in the West Midlands) up until his retirement. It was only then (and in very recent history) that Moseley found the necessary time to dedicate to his art on a more full-time basis, despite keeping his hand in over the years. That’s not to say he wasn’t recognized and acknowledged previously for his own special brand of art, as Moseley is indeed a veteran of countless exhibitions down the years, whilst also having being elected a member of both the Royal Birmingham Society of Artists and the Royal Institute of Painters in Oil.

Based in the Midlands for his entire life, Moseley speaks of his special affinity with the Black Country region as it’s colloquially known, and his vividly coloured, craggy, highly textured oil paintings portray the familiar people, animals and the landscapes in which he chooses to surround himself with a humourous affection, it’s clear to see. Moseley adopts an intensely thick, impasto paint, almost entirely applied to the canvas courtesy of a palette knife, which affords the popular artist light abstracts to the subject matter. And in terms of subject matters and muses, Moseley habitually favours the everyday life he knows so well, rather than seeking out any contrived scenes or imagined vistas, proving that he’s grounded in and instinctively aware of all that’s served as his backdrop over the past half a century or so. Moseley’s signature compositions pitch anything and everything from people stood gossiping or walking the dog, to folk judging a local vegetable show or a farmer herding his cattle. What’s more, Moseley’s settings – whilst primarily having been sourced locally – have at different junctures been inspired by trips further afield, so alongside scenes of Midland canals or hill sides, we all witness horizons and panoramic vistas visually indicative of the Yorkshire Dales and the Lake District when opportunity or occasion has allowed.

A glut of uniquely observed and applied recurring subjects and themes mark out a trademark Moseley piece, with the aforementioned canal network of the Midlands and rural scenes perpetually depicting rolling hills, dales and lakes loom large and illustratively invitingly as you sift through the artist’s back catalogue. Another common thread coursing through the breadth of Moseley’s creative CV is that of figures enhancing and pictorially commanding the canvas, yet captured merely going about their often mundane, repetitive everyday business. It’s this sense of belonging, familiarity and comfort which does so much to project the lifeblood of small communities and perhaps a feeling of an enduring, almost innocent past fading away in today’s break-neck pace of society and life. The seemingly atmosphere-encapsulating evocation of people dwelling in small communities is an important concept and perspective in Moseley’s art, and the onset of jagged, dark and angular shapes to either rocks or buildings offer the perfectly weighted contrast to the diffused light of the sky or water are key contributors to this compositional end.

Addressing his thoughts, beliefs and approach to his work, Moseley himself says; “Most of my art work is in oils, with exclusive use of painting knives. My primary interest is in the context of the Black Country, especially at the early morning and evening times of day, when the sun is low whether visible or not” going on to add; “I like to include figurative images, for the purpose of points of interest and a suggestion of scale”.

Moseley’s work has been exhibited far and wide through galleries here in the UK, and much has found homes as part of public or private collections, whilst several of the artist’s paintings have been reproduced commercially by The Blank Card Company and feature prominently as covers for the greetings card industry to afford Moseley’s art even wider exposure. These include ‘Sunset Walk' and ‘Gathering the Flock’ to name but two examples.