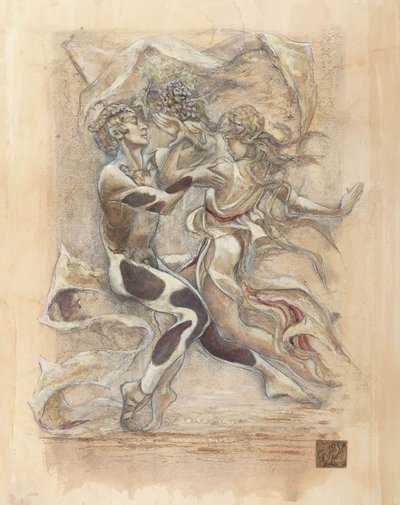 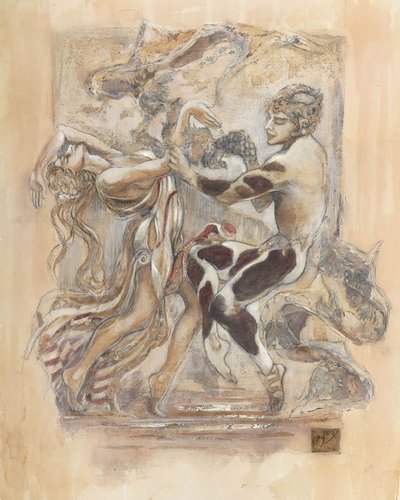 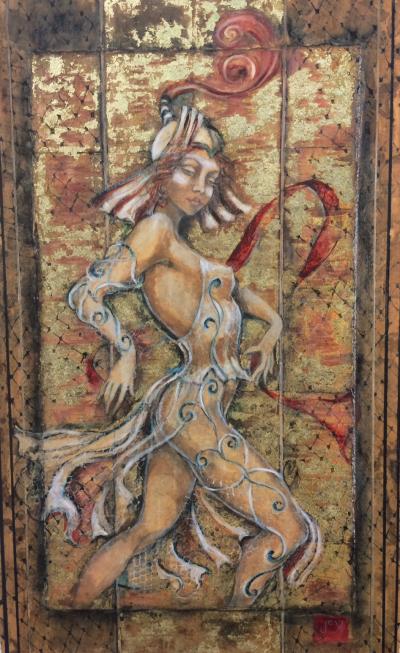 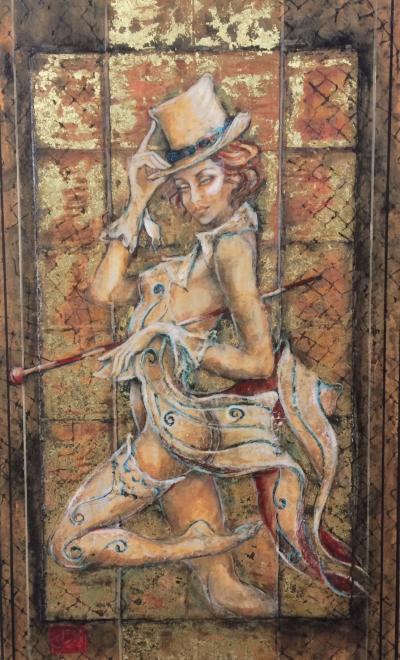 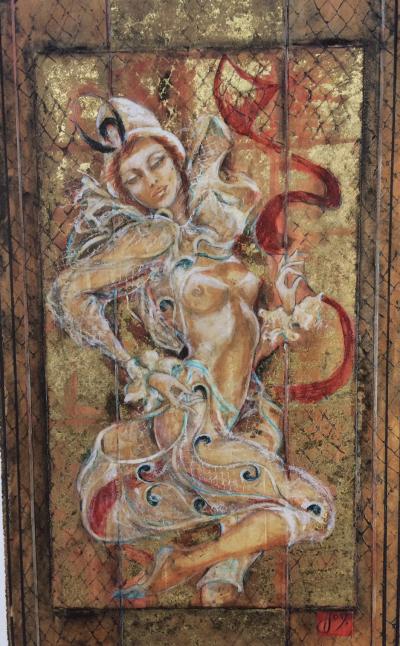 View All Art Works By Joy Kirton Smith
There’s not that many contemporary fine artists who admit to having being inspired by the works of painters and decorators we should imagine. But then the painters and decorators which leading UK contemporary figurative artist, Joy Kirton-Smith is referring to were not considered your run of the mill painters and decorators. We are actually talking about the hugely popular artist’s father and brothers, who launched themselves in the home improvement business as a family concern during Kirton-Smith’s childhood back in Worcestershire. Considered very adventurous and ambitious in their approach at a time when most practitioners in this line, well, weren’t exactly known for their leftfield approach to painting walls and varnishing wooden stairs, this was a time pre-Laurence Llewellyn-Bowen to the best of our knowledge. Away from creative wallpapering and the alternative painting of skirting boards Kirton-Smith’s creative influences tend to be a bit more understandable, being as they are the likes of the Italian Renaissance painters, Michelangelo and da Vinci amongst them, Rembrandt and his original drawing techniques and the teachings of the Flemish school in the Rjyksmuseum, Amsterdam.

Born near Stourbridge in the West Midlands, Kirton-Smith spent part of her early childhood there in the Black Country before her family upped sticks and moved to the more rural Worcestershire and namely Old Fleet, situated on the banks of the River Severn. It was around this postcode and surrounding ones that her father and elder brothers drew their clients with their more modern and refreshing approach and attitude to home décor, which grabbed a young Kirton-Smith’s attention so. This also goes a long way to explain why she experiments with less conventional surface materials and mediums when creating her stunning illustrative pieces. Not limiting herself to a particular canvas-woven blank canvas, Kirton-Smith has been known to originate her pictorials on rice paper as well as a variety of differing materials including paper and board.

The basis of Kirton-Smith’s style is drawing and her passion for this rudimentary art is there for all to see amid the heightened detailing and lavish furnishings of her hallmark works she’s famous for today. Again paying homage to Michelangelo and da Vinci, Kirton-Smith cites the techniques applied by the revered duo in relation to their human anatomy studies as pivotal to her graphical approach and continuing mindset. Explaining her work a little further and elaborating on her administration process, Kirton-Smith admits that both her techniques frequented and media used are somewhat diverse and by way of substantiating this claim regularly works with watercolour, pastel, charcoal and oil in perfect unison to create a truly fused compositional effect.

To those of you familiar with a Kirton-Smith piece you may or may not recognise that she tends to champion a combination of watercolour and pastel should she opt for a paper canvas, whilst alternatively she plumps for the introduction and formulation of heavier oils on a traditional canvas surface. Once this basis is established, Kirton-Smith will forge the original composition and then ensure that the actual subject matter is pictorially developed around the drawing itself. Form and movement weigh heavy on the shoulders of Kirton-Smith when she’s conceptualising her latest pieces, and on that score she insist that her characters are almost perceived to be dancing from a background stage. It’s this stage presence which Kirton-Smith’s artworks play up to, and she perpetually chooses to illustratively engender this sense of theatre in her paintings; which is always a welcome sight.

Whether it’s watercoloured washes or sweeps of oil across the canvas, this dramatic pictorial ambience where the characters and objects are the players and the watching world is the audience are typical Kirton-Smith features. Reference points are considered key to Kirton-Smith’s most popular and best-selling compositions, and the artist herself lists the importance of classic architecture, costume and theatre as integral to the presentation of the finished article.

Travel has always played a huge and creatively decisive part in Kirton-Smith’s perspective on her own rich seam of artistic form, and we learn that she’s a well-travelled lady who as well as pitching up in a series of colourful, empowering and extra sensory-prevalent locations for a transient passage of time, has also spent a while longer in others, soaking up all that the inspiring atmosphere and cultural delights have to offer. Venice, New Orleans and Prague may well have only been brief encounters, yet Grand Cayman was a longer love affair, amounting to some 12 months of taking in her immediate, beautiful surrounds. Wherever and whenever Kirton-Smith has been, she’s always compiled a raft of ideas, concepts and pivotal (physical) reference points that realise the light of day from the vaults of her studio with a familiar and pleasing regularity. Speaking of such visual hints which take Kirton-Smith back to that all-important time and place, and in the artist’s own words she adds; “My collections of reference from my travels have become so immense that I am finding it difficult to find a space to work. It can be very frustrating when I can’t remember where I have placed a vital piece of reference”.