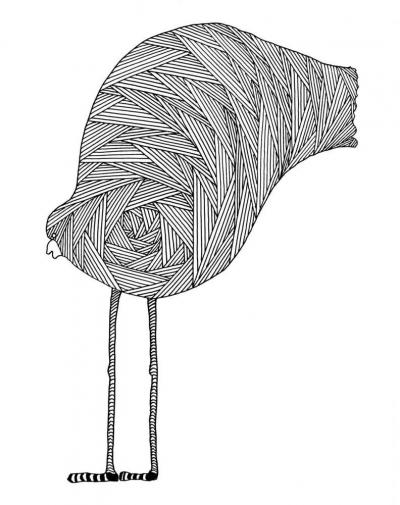 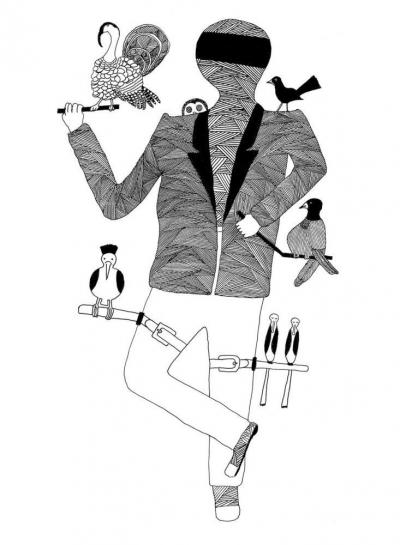 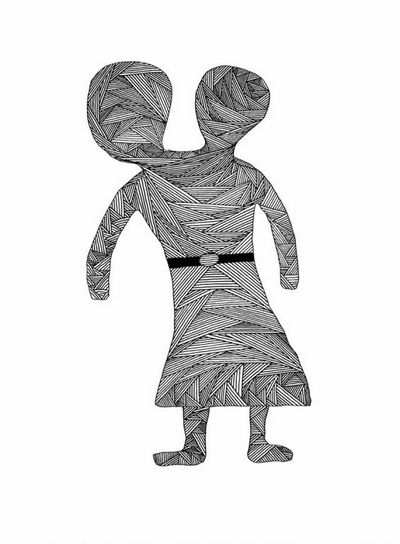 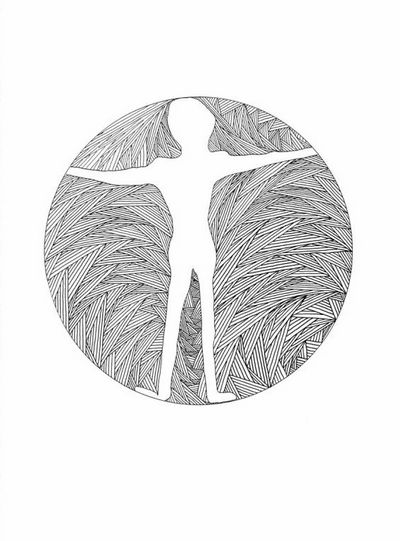 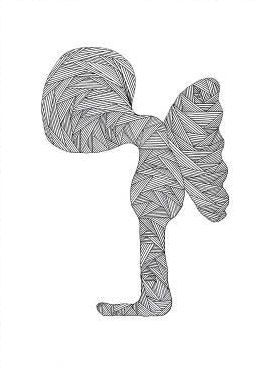 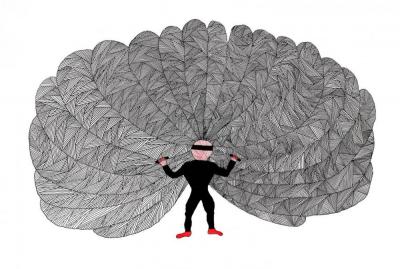 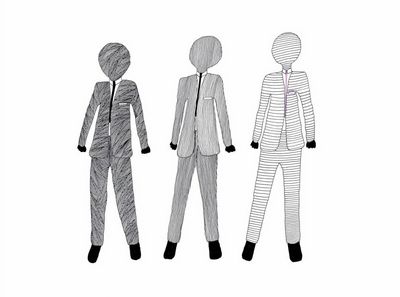 View All Art Works By Billy Connolly
To the untrained eye, Billy Connolly’s contemporary art appears to be the sort of doodles we create when we’re sat on the phone for a period, seemingly bored of the conversation. Predominantly black ink sketches of non-descript things. Unfulfilling shapes which might have started their visual life as perhaps a dog, or a person, but have then been elaborated to near distinction by the plundering of even more/thicker lines as the dialogue ceased to stir any remaining interest in you. Of course, this is completely untrue on this occasion, as we took a ganders at the art profile of revered Scottish funnyman-turned-artist, William Connolly CBE. Or the ‘Big Yin’ as he’s also commonly referred to on the comedy circuit, where until recently he’s been more at home.

Connolly is something of a larger than life character himself, what with his trademark wild hair, goatee beard and pulsating, shouty stage presence which made him a household name from the late 1970s onwards. That said, over the years his almost antagonistic persona has mellowed somewhat, in part down to his fascinating – yet more leisurely paced – TV travelogues, which saw him circumnavigate the planet astride his three-wheel Harley-Davidson trike and meet and greet inhabitants of distant geographical locations and cultures.

And then there’s Connolly’s movie career, which probably came as a bigger shock to him, as it did us, as the flambouyant Scot comedian/musician/presenter starred in roles in such high profile films as Indecent Proposal, Mrs Brown, Lemony Snicket’s; A Series of Unfortunate Events, The Hobbit and (Connolly’s BAFTA-nominated part in) The Last Samurai to name but a selection.Which is all a long way from his well-documented early days as a boilermaker in a Glasgow shipyard on the banks of the River Clyde.So where precisely does the art fit into all this? Good question, and one which was only answered in the past few years we learn, as Connolly has finally swapped exhibitionism for exhibiting.Connolly isn’t the first to make the transition from comedian to artist as Vic Reeves has also trodden this path in recent years, so the Scot knew it was something tangible.

It all started in 2007, whilst Connolly was on tour in Canada and was holed up in a Montreal hotel on a grey, wet and miserable day. Fed up with wiling away the hours watching TV he headed out, and on his travels passed an art shop. Losing himself in the place, Connolly snapped up a collection of felt tip pens and a sketch book and returned to his hotel, not quite understanding what he had done/was going to do, but knew he had to stave off his boredom and frustration of being couped up. unfortunately Connelly quickly realised that he couldn’t actually render anything that anyone else might recognise, try as he might. People, furniture or anything else figuratively was a non starter, so instead he began drawing desert islands. As you do. Or as Connolly himself best describes it, as crude shapes in the middle of the page. Yet over the following few hours those rudimentary shapes started to look more inmpressive and Connolly was fascinated to discover if he perservered he was getting better, relatively-speaking.

Connolly insists that his art serves as a meditative purpose too, in as much as he can physically and emotionally loose himself in his compositons, which he compares to the same sensation you get when practising an instrument over a period of equivalent time. In terms of inspiration of influences as such, Connolly recalls regularly visiting Glasgow’s Kelvingrove Art Gallery with his sister as a youngster, although he expands on this by confirming that if you removed your shoes you could slide for yards across its shiny marble floor. All was not lost however, as Connelly also recounts the gallery provided him with his first taste of Surrealist art, explaining that Dali’s ‘Christ of Saint John of the Cross’ hung in the gallery and fascinated him. Much like Dali’s other works, as well as the art of fellow Surrealists, Magritte and the Scottish exponent of the celebrated artistic movement, John Byrne.

Refreshing and totally disarming is Connolly’s view on the art he creates and is gaining recent column inches. Whilst being compared to surrealist automatism, the Scot suggests that he has no idea what that is, as he has no understanding of what he refers to as ‘art-speak’. Merely implying that his pictures are simply big doodles, and possess no statements on society, religion or politics, either consciously or subconsciously. Connolly’s unpretentious approach and air as a contemporary artist is most welcome, and concludes that should someone place a narrative of ‘the state of matrimony’ on his compositin of a figure with two-heads, then so be it; yet essentially none of his work is a comment on anything when all’s been said and done.

To date, Connolly has drawn a raft of characters borne out of his vivid imagination as he continues to explore his artistic side, with 80 works having been displayed in London in the past couple of years. His ‘Born on a Rainy Day’ collection of ink works (named in homage to his damp Montreal-based artistic catalyst) has been received with critical acclaim, and afforded the entertainer a whole new audience of followers as he embarks on the next chapter in his life.

Connolly feels that his characters are little pals of his, and with that in mind was initially hesitant of placing them in the public eye for people to potentially have a pop at them and his style of art per se. originally the stripey, intricate shapes filled Connolly’s background spaces, yet they suddenly became the centrepiece of his unique and innovative compostions. These predominaly faceless figures were eventually – through a process of creative evolution – joined by wings, birds, a banjo and even a self-portrait, as Connolly’s confidence in this new realm grew, while colour has also been introduced to his most recent prints and limited edition pieces.