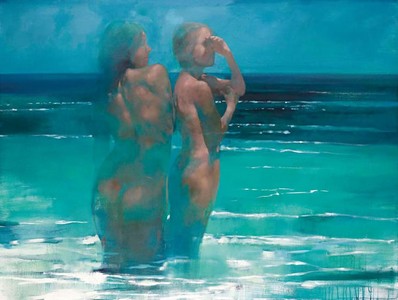 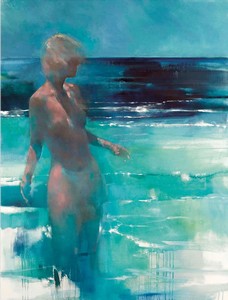 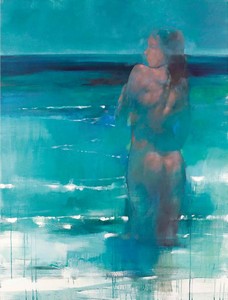 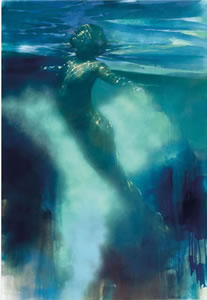 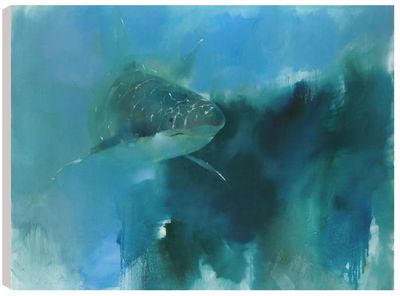 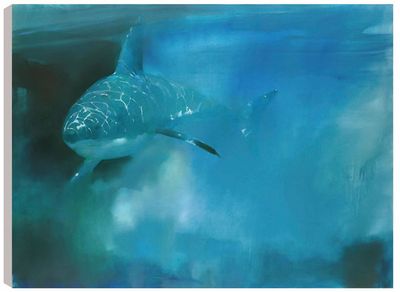 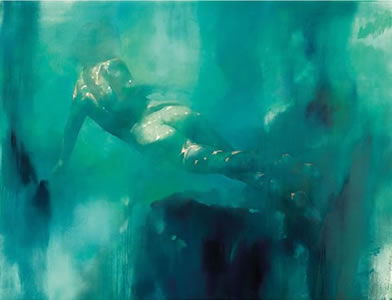 View All Art Works By Bill Bate
Communes and artists go together like fish and chips, but not always in the happy, clappy peace and campervan love way of lazy stereotype we’ve all been made aware of from time to time by the ‘media’. Instead there are hundreds of contemporary artists out there practicing their creativity in the presence of like-minded souls, who simply share roof-space simply so as to share ideas, and to brainstorm their latest concepts in the right company. With not a single wig-wam or josh stick in sight or smell. One such contemporary artist is native Liverpudlian, Bill Bate, who today might find himself a long way, geographically from his Merseyside roots, yet in another way totally at ease with his adopted work family based in south London. Bate’s studio forms part of a converted warehouse in Wimbledon which is home from home to a sizeable community of over 100 fellow artists and bohemian-dwelling folk who quite literally – or moreover, graphically and illustratively – bounce ideas off each other daily. Which makes for the perfect creative surround to our mind.

Which is all a far cry from critically acclaimed contemporary figurative and land/seascape artist, Bate’s place of birth. Originally born and bred in Liverpool, Bate’s passion for painting was observed from an early age, and once he’d completed his secondary schooling at Quarry Bank school (yes, the very same place where a certain fellow scouser, John Lennon was schooled) he won a place on the Art Foundation course at Liverpool Polytechnic (as was), before heading off to London’s famous Central St Martin’s School of Art and Design to complete his degree in Fine Arts. It was there, at the iconic higher art education establishment where Bate became more aware of abstract concepts in art, as well as being able to develop and evolve his figurative skills too.

In fact, Bate discovered himself, creatively whilst at Central St Martins’ the way in which he describes the time he spent here, and although at times a testing process he loved the way he was given carte blanche to experiment and aim to expand his creative horizons for the greater good. In no small part this was thanks to the tutors, who Bate recalls as having being established artists in their own right, who therefore harnessed a wealth of knowledge, skills and opinion to be tapped into.

Graduating in 1984, Bate pressed ahead with developing his particular artistic style still further, and not long after managed to secure exhibition space in London. Over the following weeks and months and more, Bate started making a name for himself in certain creative circles and gaining a reputation for his unique and mesmerising figurative works, which have since become his compositional signature. Affording us an insight into his mind and approach as a practising contemporary figurative artist, Bate explains how he’s always been fascinated by the human form, and specifically just how the introduction of light and shade to its form act, manipulate and ultimately enhance the original subject matter. Essentially gifting it with a range of raw and energized human emotions, crafted by nature itself, including excitement and mood. In Bate’s own words the artist says; “I hope to convey some mystery, even spirituality, in my work as well as the strength and beauty of the body”.

These are all crucial design elements and thought processes employed by some of Bate’s artistic influences, as he cites the revered likes of Caravaggio, Klimt, J W Waterhouse, Alma Tadema and Bacon as being chief among his inspirations. Having said that, above anyone else, Bate is passionate about the work of Rothko, and admires and has frequently studied the abstract artist’s all-encompassing sense of ambience and atmosphere.

From his Wimbledon studio, Bate admits he doesn’t set himself rigid, disciplined targets through his working day, instead choosing to go with the flow and fundamentally see where his art takes him then and there. From the outset of his paintings Bate has an image in his mind’s eye of how he would like the finished visual article to appear, yet invariably once he’s committed the initial sketches and subjected the canvas to the pose as such, the pictorial can suddenly take its own alternative path. Reference-wise and Bate elects to plunder a number of very different sources, and regularly selects from his own imagination, life and times which take place in his immediate environs on a daily basis, as well as the use of models themselves.

Typically Bate works from dark to light in terms of tonal administration, choosing to lay on dark brown or blue washes as a background, before constructing the next layers and the creation of the graphic narrative whilst still wet. Normally Bate will work on a canvas for a few hours at a sitting, before allowing it to dry at that juncture, and habitually concentrates on up to 3 individual canvasses at any one time. Speaking about this part of the process, and Bate comments; “I aim to achieve ‘tight’ realism in parts of a painting whilst in other areas leaving it loose and less defined. This is to escape the confines that realism can impose and to be more expressive”, before adding; “The underwater series give me a freedom from gravity that enables a freedom of the body”.