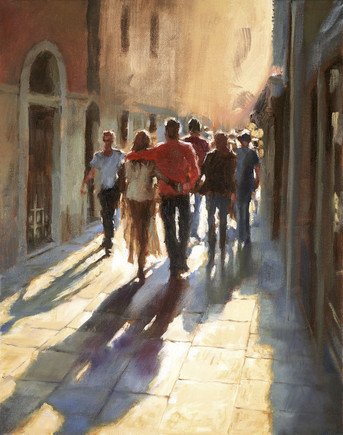 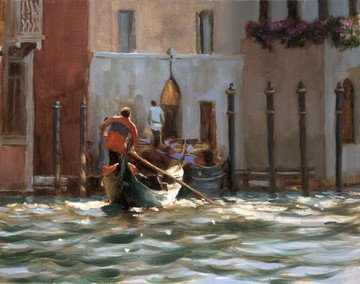 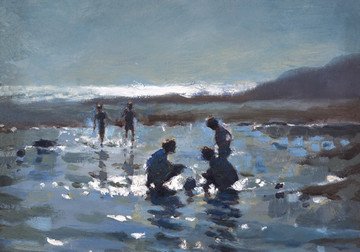 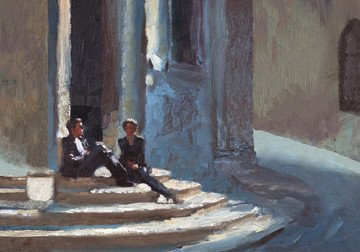 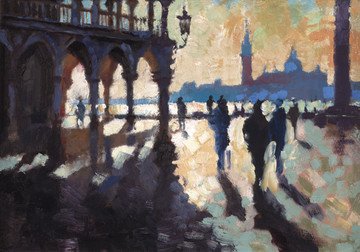 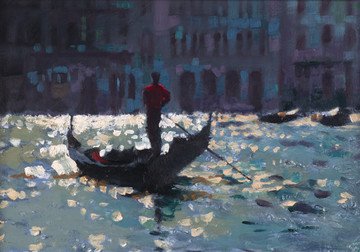 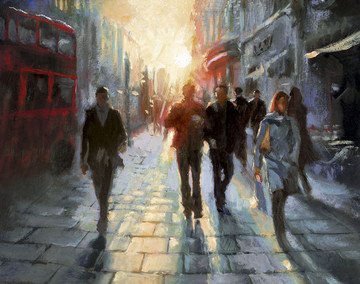 View All Art Works By Hazel Soan
Contemporary figurative, landscape and animal fine artist, Hazel Soan is a name that might well resonate with Channel 4 viewers as she’s the resident art expert on the TV station’s successful painting series, ‘Watercolour Challenge’. Or if not, perhaps followers of Anglia TV’s ‘Splash of Colour’, which – again broadcast by Channel 4 – were 13 half hour painting tutorial programmes. Continuing on a televisual tip, Soan has also put in appearances on ‘Wish You Were Here, The Great Picture Chase’ and ‘Central Weekend Live’. Although in the case of the latter, chances are you’d have to reside in the Birmingham region of the UK to witness it, unlike the other mainstream programmes. So one way or another Soan’s brand of art may well have blipped on your creative radar somewhere down the line. Still, if she hasn’t, Soan has produced/presented some 16 specialist DVDs on painting, mostly in watercolour, while being the authoress of 11 book titles thus far.

For those not in the loop, Soan also showcases her collections extensively, and has in excess of 25 one woman shows under her belt to date, predominantly staged in London yet also having exhibited in Venezuela, South Africa, Zimbabwe and Namibia, whilst also displaying prominently in countless collaborative shows; for example the RA Summer Show, Barbican, Mall Galleries, CCA Gallery Tokyo, LCA USA and the Midland Open to name but a few. And just to complete the full Soan picture, she’s run her own studio gallery in Fulham, London since 1993, and from where private collectors can purchase her work directly. On the subject of collectors, corporates have included; The National Portrait Gallery London (profile of Bill Brandt), Trowbridge Museum & Art Gallery, Chelsea & Westminster Hospital, BBC, BP, British Lung Foundation, The Royal Caribbean, The Lister, Ritz Club (Ritz Hotel Casino), Durban Hilton, Hotels worldwide and BBC Television.

Which means that Soan’s come a long way from Camberwell and Leicester Art Colleges from which she attended and graduated in the mid-1970s clutching a BA (Hons) degree in Fine Art which stood her on the road to all the accumulative successes we’ve briefly touched on above. Drawing, sketching and painting was always a calling to the young Soans, and those close to her during her formative years recall a young girl/woman who simply loved playing and exploring with colours both at school and at home in her spare time. Less than 12 months after graduating Soans bagged the Holbrook Turner Prize from Nottingham Museum and Art Gallery in 1976, and pretty much from that point onward dedicated her career to her art alone, heartened by the fact that her first exhibition sold out within the first hour in London.

Concentrating her artistic compositional efforts in the applicative realms of oils, acrylics and watercolours, Soans has a studio in Cape Town as well as her Fulham bolt-hole, which brings her that much closer to her typical subject matter, which ranges from native Africans to creatures and animals equally as at home across the African continent, as well as other related topics. Elsewhere, and of late, Soans has travelled across America, taking in New Orleans, Dallas, San Francisco, The Grand Canyon, Los Angeles and various other landmark territories and seismic vistas, which she’s committed to canvas. What’s more, Soans has called on her gregarious personality and boundless enthusiasm for her beloved subject matter to front lectures throughout the world, literally, having addressed audiences in London, aboard the QE2 and in the Kalahari Desert.