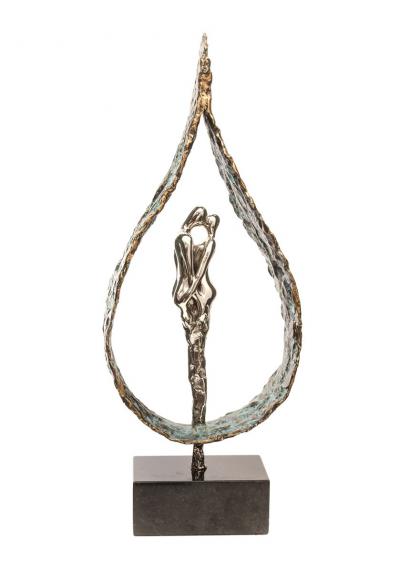 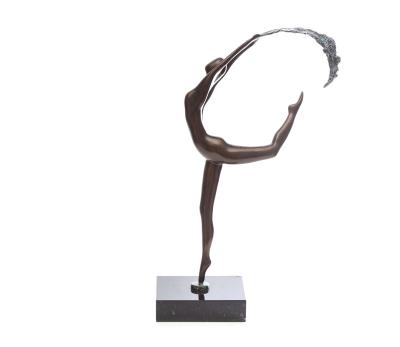 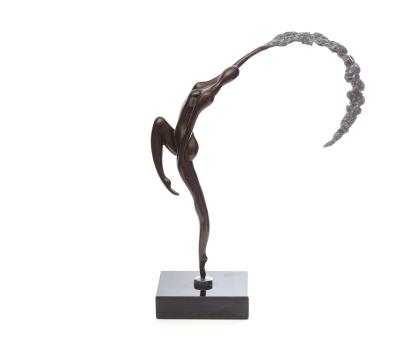 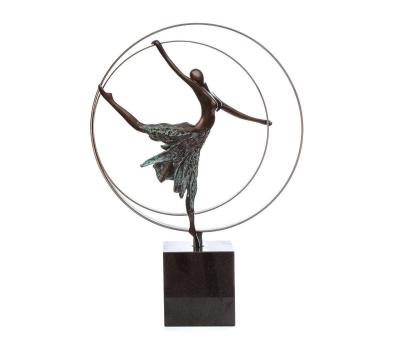 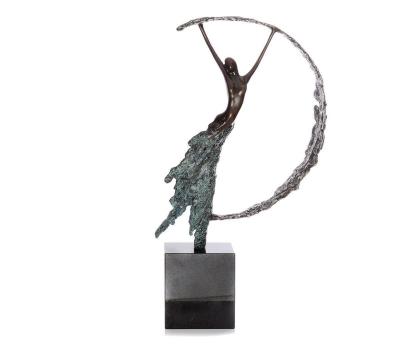 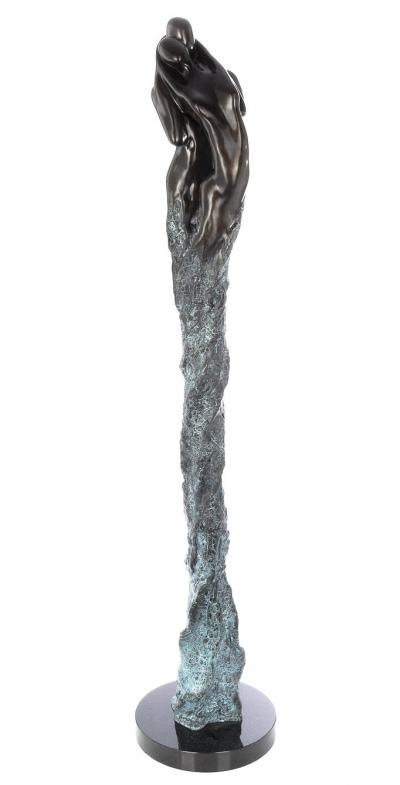 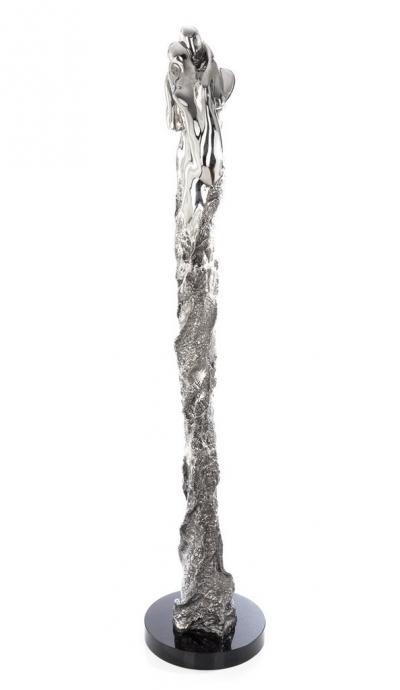 View All Art Works By Jennine Parker
According to a certain social and business networking website which remain nameless – but isn’t LinkedIn for those of you asking – celebrated contemporary figurative sculpture artist, Jennine Parker apparently loves girly rom-com movies, dance music, travel, people, books about art, doesn’t like sport, sprouts or bat wing tops and would one day love to live in Venice. Or overlooking a lake somewhere idyllic where she could sculpt all day long. Aha. And therein lies the all-important sculpting bit which is of interest to us. And you. Midlands-based sculptress, Parker has a universally pleasing habit of manifesting some quite spectacular looking three dimensional artistic forms, more often than not based on a human function, and captured in various stages of natural pose. These predominantly bronze sculptures typically engender what’s been described as a fantasy style female form, and it’s arguably these renditions for which Parker is best known.
The gamut of these original works are created by using an oil based modelling clay, whilst also facilitating all manner of different materials in which to instate textures into Parker’s hugely popular pieces. For example Parker favours the interception of bricks, pebbles and leaves in which to add scar tissue to the surface, which she envisages will afford the individual piece additional depth. In terms of Parker’s inspiration, the artist cites, rather bizarrely, weather erosion – and moreover just how such naturally occurring instances can contrast the otherwise smooth and textured surface areas when exposed to the changing elements; which habitually leave eroded sides to rocks and the jagged edge to cliffs. Parker fervently believes that this compositioning can benefit the finished 3D visual article by forging a further layered appeal to her works. Interesting shapes and lines are resultant from such intervention and can affect every angle differently, with the ultimate aim being to reach out to people and draw them closer to the structure and tempt them towards touching and holding the sculpted form.
Other influences come from the absorbing of all life around Parker and the everyday experiences she encounters, as well as obviously feeling passionate about the female form when infused with movement, shape and her value added textures. As a published artist Parker’s critically acclaimed bronze pieces are cast and distributed to galleries far and wide, as her reputation in this genre has justifiably developed at pace in recent years.
What’s quite phenomenal however is the professional life balance Parker preserves, as alongside her career as a best-selling contemporary sculptor, she has another life too. Nothing clandestine we’re pleased to learn, more a slightly-different-but-not altogether-disconnected vocation; that of running a graphic design company. Having successfully worked in the graphic design industry for the best part of the last two decades, Parker has accumulated a wealth of experience in branding, identity, print and creativity. With her design hat on Parker freely admits to being passionate about her commercially-driven services offered, whilst when donning her sculpting hat she’s clearly equally as determined and visionary. In Parker’s own words she adds; “I am always finding ways of incorporating my many skills which all overlap and complement each other”.

Parker though has seemingly carved out for herself the perfect blend of cohabiting free forms of creative expression; albeit with one being far less restrained and governed by resolute briefs than the other. With her graphic design work so inevitably tights and disciplined, her sculpture allows her to shake off any shackles and convey a fuller life perspective and a more visceral movement and personality by the creation of simple lines; promoting this overwhelming sense of individuality and allowing the viewer to make a connection with them, their life, their own individual stories and memories.