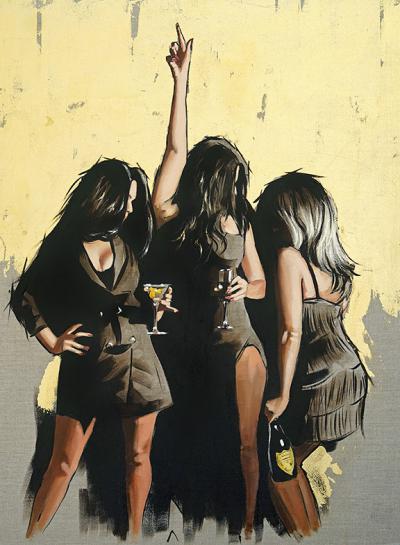 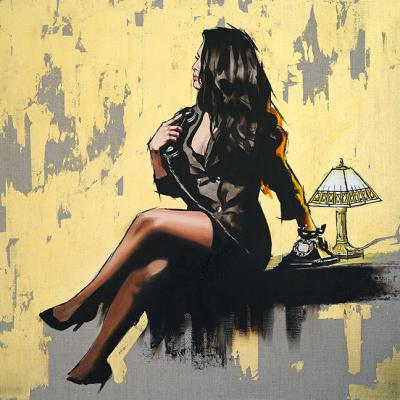 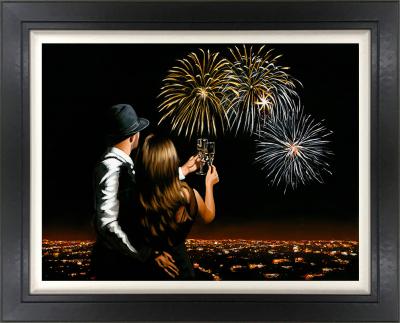 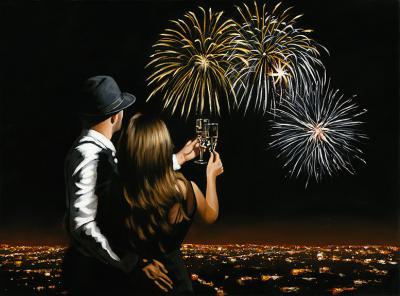 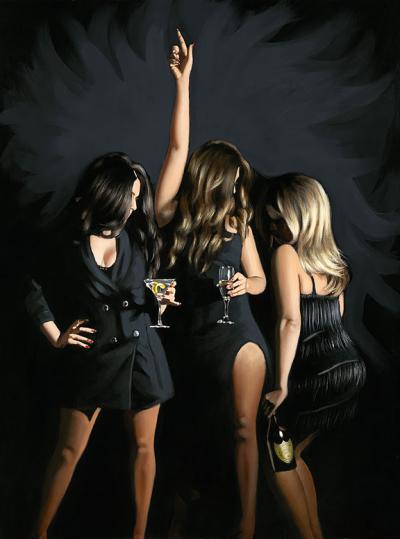 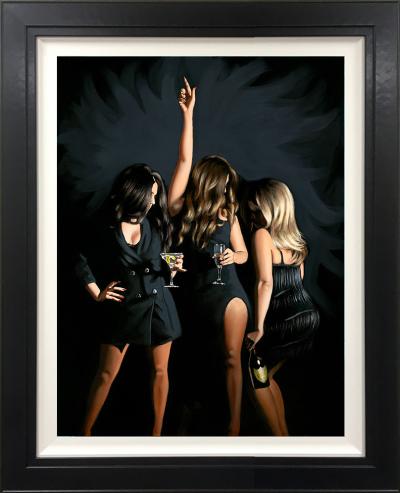 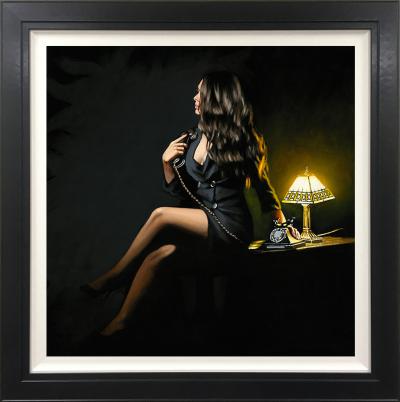 View All Art Works By Richard Blunt
Now living and working out of Cardiff in South Wales, contemporary figurative artist (although known in some quarters as a photo-realist artist), Richard Blunt was born and bred in Stourbridge in the West Midlands. Experiencing what he calls your average childhood, a young Blunt showed promise and potential when it came to the arts per se, and when not spending every waking moment outdoors (as every child growing up in the 1980s would readily admit) could be found practising either his art or his music. Indeed, both creative arts have played instrumental parts in Blunt’s formative years, as well as his life in general to date. On leaving school, Blunt opted to follow what he felt was his artistic calling and attended Worcester College of Art and Design to study 3D Design, although cut his study period here short after he lost interest in the subject matter, and possibly his way in life for a while. In Blunt’s own words he spent the following few years in the wilderness, with his life actively slumping from bad to worse, ushering in his 20s whilst holed up in a strange town, homeless, friendless and with his only worldly possessions found in the bottom of his coat pockets.

Thankfully Blunt rediscovered the creative elements that made him tick, and dedicated the subsequent few years to the pursuit of a career as a musician, picking up from where he left off as an adolescent with a passion for the guitar. However, after spells touring with several bands, Blunt arrived at the conclusion that whilst he fervently belived that his future lay within the context of the arts, perhaps he needed to further his education within a particular field so as to ultimately open new doors. With this in mind Blunt gained a place on a BA (Hons) Degree course in music, that he passed with flying colours, landing a 2:1 in the process. Yet rather than this being the obvious springboard to a career as, well, a composer or another Danny Elfman or Andrew Lloyd Webber (we know, could we have chosen two more obscure examples?) Blunt had been side-tracked during the aforementioned course of study, and despite seeing out his degree, had re-mapped his immediate future, again.

As we mentioned earlier, although Blunt had displayed a talent for art from his youth, especially in drawing, it wasn’t until 2009 when he first experimented with oil paints, after being, conversely inspired during his music degree. With his new portraits of friends and family gaining many plaudits – and paid commissions flooding in, which in turn helped fund his studies – Blunt soon realised that he was on to something and on leaving Uni he wasted no time in perfecting and honing his traditional artistic leanings and pursued this interest in the guise of a bona fida contemporary artist, portrait artist and fine art restorer, as he’s know acknowledged to be.

Predominantly self-taught as such, Blunt paved his way to seeking out contemporart art as a profession via fine art restoration, before later following a portraiture avenue, leading to the figurative work that now characterises what he’s about as an artist. When challenged on the subject of inspirational artists, Blunt is quick to point out that the Pre-Raphaelite movement helped more than anything else to shape his artistic fervour and subconscious, with names like Millais and Waterhouse being uppermost, whilst old masters Vermeer, Rembrandt and Caravaggio himself provided more creative sustenance. Blunt talks of their use of light in paintings to creative additional depth, and the gritty detail that all of the above would frequent with abandon.

Blunt’s first interactions with his mediums and canvasses brought about this photographic realism which many in the art industry refer to, and it’s true that the body of his work does front this undoubtedly atmospheric and emotive quality bordering on a photo-realistic ambience. In terms of Blunt’s subject matter he chooses to place a number of lone figures in his most popular compositions, and detracts a lot of influences from movies made in the 1930s, 40s and 50s. Indeed, Blunt is a massive fan of this golden era of cinematography and uses characters based in this period as the centre of his artistic universe. The artist habitually places his male lead figures in elegant and classical clothing from this time, all long overcoats draped over arms, smart suits and waistcoats and trilby and fedoras, and they’re always shrouded in this air of mystery, each and every one telling its own visual tale. More often than not Blunt is inspired by his own experiences, and as with most artists, as his life changes, so does his work. Gradually evolving from his earlier compositions, more recently themes of love and happiness have started to emerge in his paintings.

Blunt’s favoured materials are oils and acrylics, yet having said that he’s also been known to work with watercolour, pastel, ink and pencil depending on composition. Blunt describes his approach to and process of painting as the following; “Working mainly in oils, my main focus is light and composition. By exploring unusual ways to compose a painting and capturing the right lighting in a piece, my goal is always creating a painting with depth and individuality. Primarily a figurative artist, I also like each painting to tell a story and hold enough mystery to stop and intrigue the viewer, if only for a moment.'

Exhibiting his work for the first time in London galleries in 2011, Blunt’s work sold well and he has rapidly become widely collected throughout the UK.