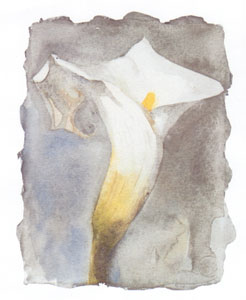 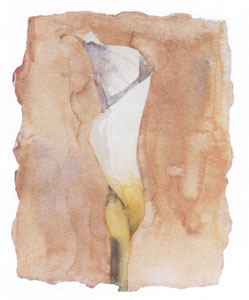 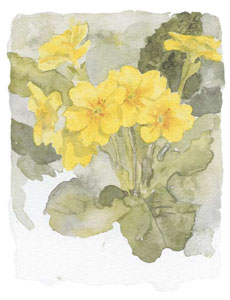 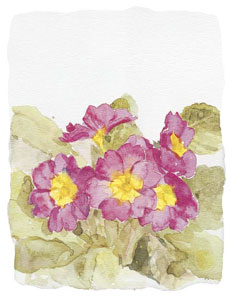 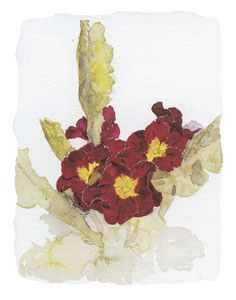 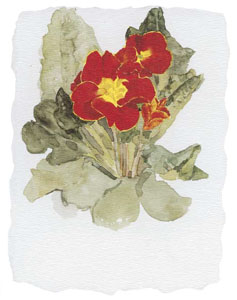 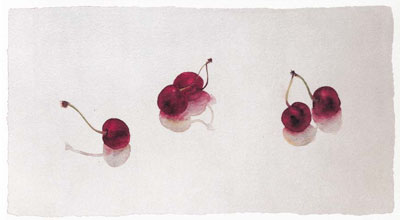 View All Art Works By Carol Matyia Ross
Acclaimed contemporary floral fine artist, Carol Matyia Ross is the woman behind an impressive portfolio of flora and fauna-inspired paintings; all vivaciously yet sympathetically popularised in both original canvas form and reproductive limited edition print functionality. Her signature illustrative work has proven to be hugely popular both in her native America and over here in the UK and across Europe. Rossâ€™ story starts in Connecticut, where she was born and raised and where she went on to study the subject of Illustration at Paier College of Art in the same state. After graduating, Ross set herself up as a freelance illustrator, ready and willing to take on any particular assignment being a new kid on the commercial block as she was back then.

Ross recalls that those initial, diverse projects would range from the illustration of clothing catalogues to cookery pages, each and every one providing a new insight and visual translation of her unique skillset. Ross speaks of having always possessing a special interest in the more organic approach to lifestyle, manifesting itself in making her briefed subject matter appearing more â€˜lived inâ€™ as far as her work was concerned, which suited Rossâ€™ style and beliefs just fine. So for example, when Ross speaks of illustrating an apron or for that matter, a pair of boots, sheâ€™d adopt this earthy, rugged and previously worn/used approach to the composition. This mindset and fundamental artistic approach ensured that the freelance contracts poured in, predominantly from smaller companies who ideally were looking for that something different and out of the ordinary so as to stand out from the corporate big boys in a crowded, samey market place at that time. Bearing in mind that slick, glossy photographic presentations were all the rage during this period.

Rossâ€™ big break as it were came in the mid-1980s, when she was introduced to the artist Robert Heindel and his wife, Rose, who invited Ross to support them with their emerging print business. Despite being classed as something of an all-rounder, Ross was instrumental in helping the husband and wife team with the organising of exhibitions and trade shows, like the annual ArtExpos staged in New York and California. Naturally, being in the mix of things and an integral part of this set-up, Ross was privy to the whole process, affording her a valuable insight into the workings and every day routines and disciplines of a professional artist.

It was this exposure to Heindelâ€™s personal creative cause and the first hand experience of his devotion which had a profound and inspiration effect on a once in a lifetime experience-absorbing Ross, and it was this juncture in her life that she has to thank for guiding her in the direction of painting on a full-time basis. This decision was rationalised and cemented when â€“ as a gift â€“ one day Ross presented the couple with one of her own, small watercolours. On receiving the piece they convinced her then and there to make a go of it on her own, and persuaded her into producing further works which could then be earmarked and developed into limited editions. Some 50-odd editions down the line, and Ross is eternally grateful that they sowed the seeds in her mind and that her relationship with them harvested the future recognition and rewards that sheâ€™s reaping today.

In terms of artistic inspiration, much is drawn from around her and her immediate environment and is fortunate enough to reside in a beautiful old home in the state of Connecticut, with a lovely garden to tend. Ross speaks at length when addressed on her garden, house and contented home life per se, which form the bedrock and de-stressed foundations to the formulation of any creative work, no matter what the genre. She goes on to mention her love of cooking, her vegetable plot and various other parts of her every day existence which whilst also painting her as somewhere between a domestic Goddess and Earth Mother, ensure that she has the ideal and idyllic platform from which to concentrate on her painting. Looking at specific artists whoâ€™ve influenced her, then Ross name-checks John Marin, Andrew Wyeth, Avigdor Arikha and of course Turner, as well as confirming her admiration for the likes of Alexander Calder and Lenore Tawney.

Itâ€™s her love of - and communing with - nature which has over-spilled into her brand of art work and provided much of the source for her signature compositions, as her delicate, considered renditions of flowers from bud to seed, ripening fruits and lustrous vegetables fresh from the plot have sought to grab the attentions of her now global audiences. These tantalisingly simplistic yet stunning pieces ensure that her reputation expands still further and results in demand for her original work and her beautifully reproduced signed and numbered editions flourishing.