View All Art Works By Will Kemp 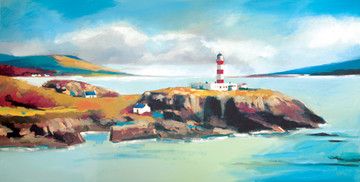 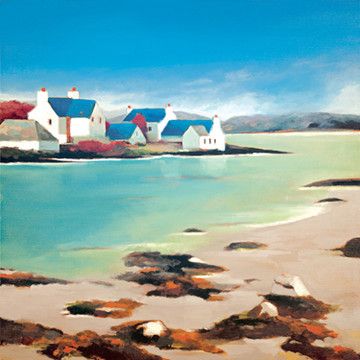 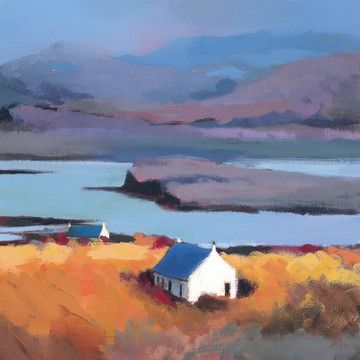 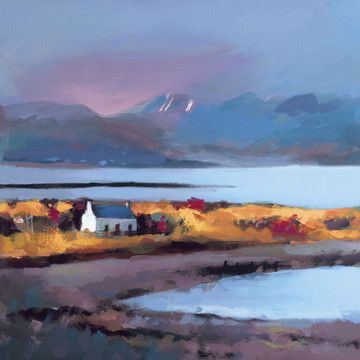 View All Art Works By Will Kemp
“I believe everybody has the ability to create great paintings and drawings, the true trick though is knowing how to see with an artist’s eye….. and this I can teach you.” These are the words of contemporary landscape artist, Will Kemp, whose first brush with artistic success came courtesy of legendary TV art show presenter, Tony Hart. Back in the 1980s the late Tony Hart was up there with Rolf Harris when it came to inspiring youngsters to draw and paint rather than just fall out of trees and off their BMXs. Tony Hart invited the nation’s kids to submit their art work on a weekly basis to his BBC show, and those that made the grade would appear on his fabled Gallery. Kemp was one of the chosen ones (not that we’re bitter or anything) and at the grand old age of 9-years his study of the Taj Mahal won him a set of colouring pencils. And of course the TV exposure. From that juncture Kemp was hooked on art, thanks to the great Tony Hart.

Born in Canterbury near the Kent coast in 1977, Kemp’s other great creative influence during his formative years was his father, who was, in the artist’s own words, ‘an amazing Garden Designer; with a fascinating sideline in sand sculptures according to Kemp. His dad would create unbelievable sand sculptures on beaches with regularity. This origination of art work from such fundamentally simplistic beginnings fired a young Kemp’s imagination and is something that still prays on his mind, in a positive way today, as he continues to be engrossed by the way in which pigment and canvas can be fused to create a composition.

On completing his secondary education, Kemp took himself off to uni to study for a degree in Fine Art, which he graduated with from the University of Staffordshire. With his degree in the bag Kemp decided to de-camp to Italy for a 6-month pilgrimage in honour of the Renaissance artists in whom he had been inspired by during his higher art education and to follow in the geographical footsteps of the masters of this much-celebrated art movement. On his return to UK shores Kemp turned to education, or rather art education for his initial vocational journey and secured a role as a Curriculum Development Officer for the Arts within the Museums sector.

This period of Kemp’s career gave him the opportunity to strike up working relationships with the Tate Gallery, the National Gallery and the Arts Council through art in education collaborations, and saw him contributing to worthwhile projects like Renaissance in the Region, the Big Draw and the Tate Partnership Scheme around this time. One of the many perks of this position from Kemp’s viewpoint meant that he could afford people previously unprecedented access to masterpieces that they would never normally have, and as such instigate and imbue the flowing of their creative juices in a manner of speaking.

With Kemp in the close proximity of the likes of Turner and Goya’s fabled compositions during his working week, this allowed his own creativity to be perpetually tweaked, which in turn saw the aspiring artist’s love of painting reawaken, which led Kemp to setting up his own studio gallery with his wife and taking up professional art on a part-time basis and around his 9 – 5 commitments. The base for Kemp’s moonlighting was an inspiration in itself, seeing as it was a former teapot factory with all its architectural features and quirky history, yet at the same time it served as an ongoing challenge on account of it benefiting from no heating or source of natural light, nor passing trade for that matter. For 18 months Kemp persevered at the teapot factory, until he arrived at the decision to put it on the market, which became the bedrock plan for his immediate and medium term future. The other intrinsical factors included quitting his museum role, selling his house and purchasing a dilapidated shop in an undesired postcode; and basically go for broke with his art.

Yet Kemp soon found that he was in his element and benefiting from the new-found luxury of time he could dedicate himself to his painting, as well as furthering his business acumen which comes as part and parcel of owning and running your own company. From a purely creative quarter, Kemp taught himself portraiture and it wasn’t long before he started gaining some recognition on the contemporary art stage, culminating in the successful showcasing of his collection at the Mall Galleries in London. Yet there was a part of Kemp that still yearned for his teaching element that he’d so enjoyed, so to counter this he set up drawing and painting classes that were run from his gallery. These proved to be an unqualified triumph and cemented Kemp’s belief that he should strike a working balance between his origination of compositions and the sharing and passing on of his own skills garnered.

Kemp applied to the Queen Elizabeth Scholarship Trust to study Sight size Portraiture in Florence in 2010, and on the back of this became a Queen’s Craft Scholar. This formal training at one of the highest levels afforded Kemp even greater and far-reaching insights into the importance of good art tuition, which led him to market this aspect of his business further, including the creation of a website to promote Kemp’s tuition. Excitement of seeing what were just colours on a palette transform into a face or a landscape that transports you to another place. It never fails to amaze me. I wouldn’t say it was a conscious decision; it’s been something I’ve always done and couldn’t contemplate not creating. I’ve always been creating things and loved images so it was just a natural progression. Contrast and colour in nature; a cracking sunset, a cloud just changing shape, the nostalgia of seaside holidays and the coast, I also just love paint! I could be drawn to a shape, see an interesting shadow, or splash of colour. Often it has an element of Chiaroscuro or a contrast of colour.

Kemp is now recognised as one of the most exciting new talents currently working in his particular genre of landscape art and his spontaneous, instinctive approach to his subject matter is believed to be underpinned by classical 17th Century techniques. Kemp employs something of a minimalist technique in laying down his signature compositions as he strives through every piece to capture the essence of form, colouration and toning within the application of a single brushstroke. This manifests the perception of simplistic lines and an economy of natural form, which underlines the rudimentary qualities that lie within the piece as a complete study. Kemp champions the administration of oils, harking back to the Renaissance masters and signposting their deep, buttery colours as well as the smell of turpentine as part of their appeal to him, although he’s not beyond introducing acrylics to the compositional equation if the focus demands. As well as Kemp’s reeling off of inspiring names like Velasquez , John Singer Sargent, Whistler, Caravaggio, Rembrandt, Joseph Wright of Derby, Turner, Gerhard Richter and Bouguereau as a roll call of the great and good of classical art, he also cites the important influence that cinematography has upon him, especially the work of Darius Khondji, Roger Deakins and Christopher Doyle.

Based in Cheshire, Kemp remains drawn to the coastal trips of his childhood, and chooses Cornwall for its clarity and quality of light and Scotland for its rawness and what he refers to as its untouched beauty. Kemp exhibits on both a local and national basis, including prestigious venues such as the Mall Galleries in London and at the Royal Society of Portrait Painters exhibition and in terms of industry plaudits he has won an impressive array of awards including the Sentinal, the Nadfas and the Webberly's painting prizes.