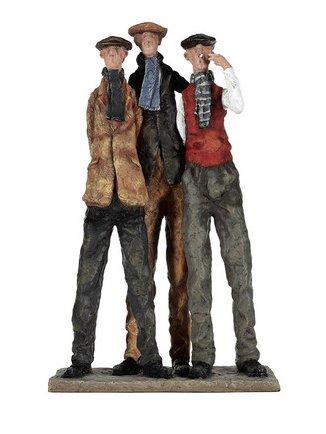 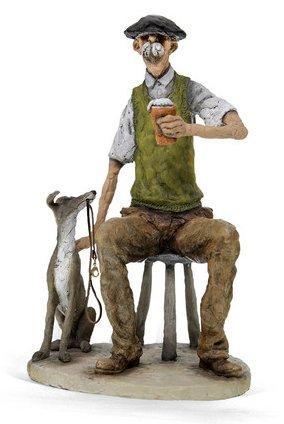 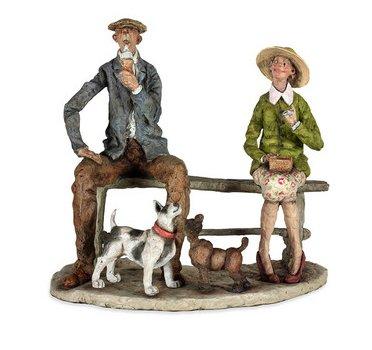 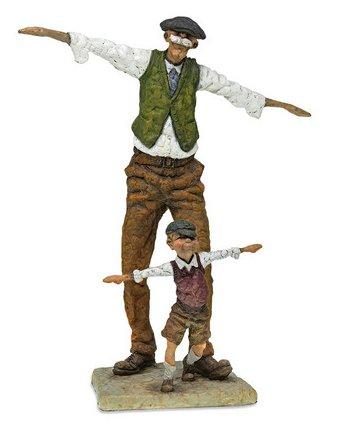 View All Art Works By Grant Palmer
Look at them for long enough and you see it for yourself. An impressionistic style which at the same time also creatively channels a certain L.S Lowry, as perverse as that may read. But then Grant Palmer isn’t your average, everyday artistic Joe, as one browse through his back catalogue of stunning contemporary sculpted pieces would immediately confirm. The best-selling Palmer nurtured, developed and evolved the distinctive style we observe today after completing a creative baptism of fire (and various other substances) at Royal Doulton’s Burslem factory, located deep in the heart of the potteries. From where he found himself employed in the prestigious Design and Modelling section, might we add.

Stoke-on-Trent is where the illustratively industrious Palmer still calls home today, and from his studio thereabouts now focuses on crafting the whimsical and nostalgic three-dimensional wares which has quickly made him something of a name to be reckoned with in his elected genre. But rewinding a little more before we move on to more recent times, and for the record Palmer busied himself at uni (namely North Staffordshire University) by applying himself to the arena of Sculpture and Ceramic Design, perhaps unsurprisingly when now acknowledging where his own odyssey has taken him.

“It's important to me to not be restricted by conventional ideas of what people accept as art. I want to produce honest innovative pieces that people can make a joyful connection with.” Not our (carefully chosen) words, but instead those voiced by Palmer himself of late, when asked to describe his own specific brand of sculpted fine art. From people and animals to football and much more besides, Palmer makes it his compositional business to visually play up to his muse’s individual quirks and features; and is both a committed and self-confessed people watcher extraordinaire. It’s this perpetual study of everyday folk and their immediate surrounds (and way of life) which feeds Palmer’s very active imagination when it comes to a starting point for his ceramic wonders; many of which explore the generation gap and moreover the relationships enjoyed betwixt the older and the younger.

As of today Palmer can boast (if he were at all a self-publicist) of the sculpture strides his work has made in territories far and wide, including the likes of America, Australia, Russia and China; where there is continued interest in and demand for his fascinating takes (single and double) on the life and times of the remarkably ordinary and every day. What’s more, he’s also completed high profile commissions during recent years, including no less than the making of a bust of the leader of Hollywood’s self-styled Rat Pack, none other than Frank Sinatra. In addition to this Palmer has also taken up the mantle of artist in residence at establishments such as Aynsley Design House, Cosgrove Hall and Aeddonate; the latter being a heart health charity.