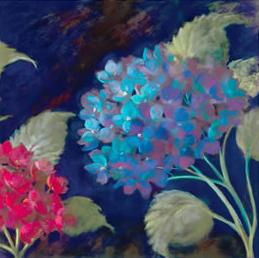 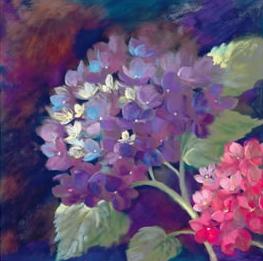 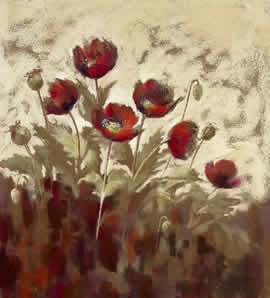 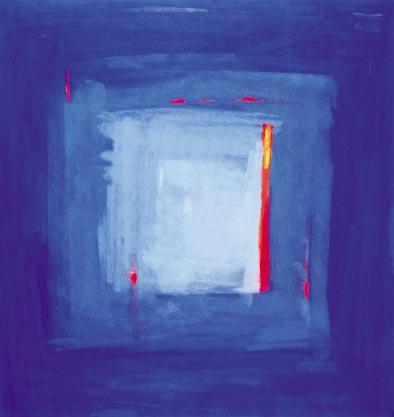 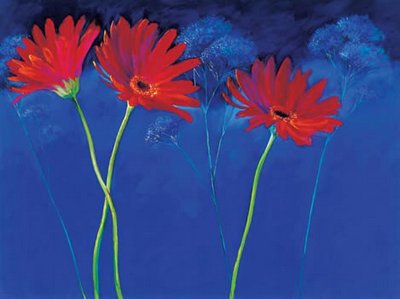 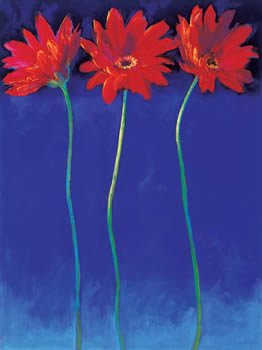 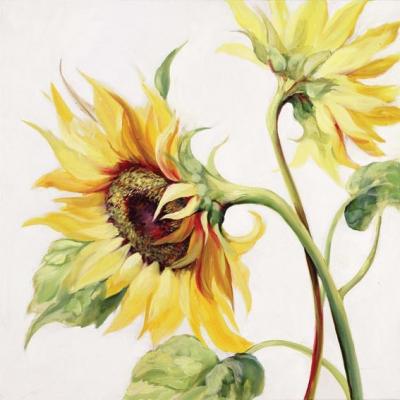 View All Art Works By Nel Whatmore
Leading contemporary fine artist, Nel Whatmore boasts an impressive creative CV to say the least, and one which is ever diverse. Conventional 2D artist, glass sculptor, textile designer, published poet…you name a creative genre and there’s a good chance that the hugely popular and commercially successful Whatmore has dabbled in it somewhere down the line. Although dabbled isn’t the right word, as this multi-talented artisan is master of all trades, Jack (or should that be Jill?) of none.

Where do we begin with Whatmore is the biggest dilemma we face, as we take a ganders as to just what the prolific modern artist has been, and continues to be responsible for in terms of all things creative. After quarter of a century as a professional artist (we know, that’s some time!) Whatmore continues to go from strength to strength, and unafraid to try her hand at new aspects of contemporary design, be they in any particular material or medium. Benefitting from what can only be describe as a wealth of experience, Whatmore’s work has been showcased across the UK over the years, with the artist herself citing her exhibitions at the famous Chelsea Flower Show, the Prince’s Youth Business Trust gigs at Birmingham’s NEC and event-hosting at Liverpool’s Albert Dock amongst her biggest achievements.

Whatmore also speaks enthusiastically about her involvement in the ‘Art for Living’ exhibition which was staged by the iconic Harrods department store in London, which brought together leading practitioners in several contemporary art genres and placed their signature works side by side with ever-eclectic past masters including Monet and Warhol. Elsewhere and Whatmore has appeared on TV’s Richard and Judy’s Celebrity Art Club series, whilst the much sought after and incredibly versatile artist also created artwork for the blockbuster movie, ‘Spiderman II’. Both of these openings afforded Whatmore’s body of work unprecedented exposure to new audiences and subsequently she witnessed a hike in her popularity.

But then Whatmore advocates a mantra of perpetual changes for the better, insisting that she’s never been programmed to simply reproduce the one subject matter or genre repeatedly, such as her hallmark floral and landscape compositions; rather to seek out alternative inspiration in the meantime, which as is human we tend to approach with renewed vigour and fresh eyes.

Expressionism and abstract have both played recurrent roles in Whatmore’s retrospective portfolio and will doubtless continue to do so going forward, yet she manages to effortlessly flit between opposing genres and indeed, mediums with consummate ease and, more recently rising to the self-set challenges of manifesting work in glass and textiles, not to mention her regular and timely dalliances with poetic prose which has on each separate occasion concluded with the publication of series-spanning books, all of which have proved best-sellers in their own right. All penned and illustrated by Whatmore herself, the five titles in the ‘Reason to Be’ collection are called, ‘Reasons to Love, Reasons to be Cheerful, Reasons to Be Content and Reasons to Dream’, whilst ‘Eden’ is her fifth book to have been released lately.

Whatmore’s network of agents and contacts worldwide have been instrumental in her name and reputation for the creative arts travelling far and wide, and her original works, limited edition prints and posters, as well as her in-roads into greeting cards have gone down well whenever and wherever. The wherever taking in such far flung global destinations as Sweden, Canada, Russia, America and Australia.

Whatmore’s story began when she was a child, and around the age of 10 according to the artist herself, where she recalls her inspirations to draw and paint were plentiful and ever-present, as they remain to this very day as she lists the merest, most fleeting glimpse of a certain colour or transient sound of music as key to future illustrative projects in the making. After first gaining an Art Foundation qualification in the arena of Art and Design as awarded by Wolverhampton University, Whatmore went on to study for a Bachelor of Arts degree at Trinity and All Saints College, Leeds, from 1982-1985. Shortly following her graduation, in 1986 Whatmore obtained a grant from the ‘Prince’s Youth Business Trust’ which enabled her to set herself up as a professional artist and with a long-term view of making her mark in this competitive market.

Whatmore stresses that much of her influences come from her love of music, touched on above, and an undiminishing passion that she’s carried through her life, both private and professional. Admitting that she simply can’t paint without it on in the background, Whatmore says; “I frequently dance while working and have to have the volume full blast. The link for me between music and painting is clear - both need movement, rhythm and emotion to really be of worth”, before adding; “I have very eclectic taste in music from soul to funk to dance and classical - the common thread is that it all moves me emotionally”.

Pastels are Whatmore’s default setting when it comes to preferred materials to administer, yet her individual subjects dictate which applicative tool to use from the outset, with oils getting a look in more recently too.