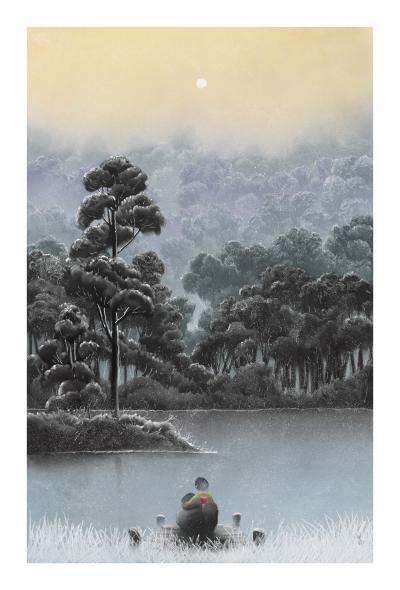 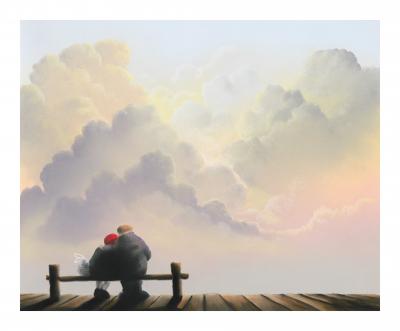 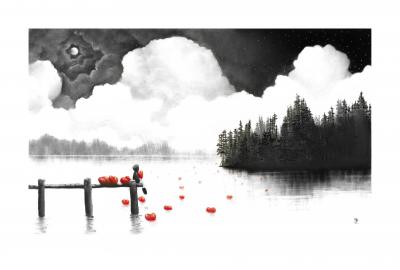 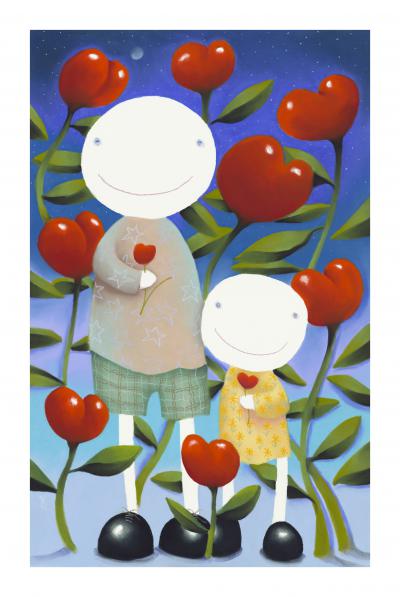 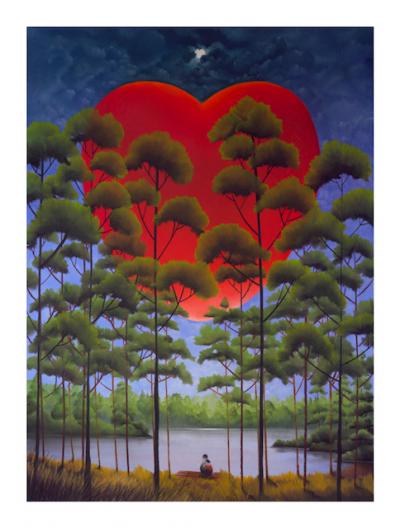 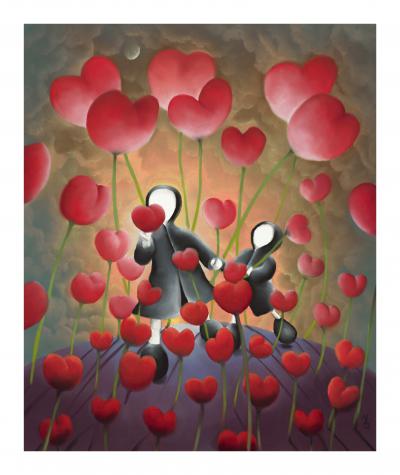 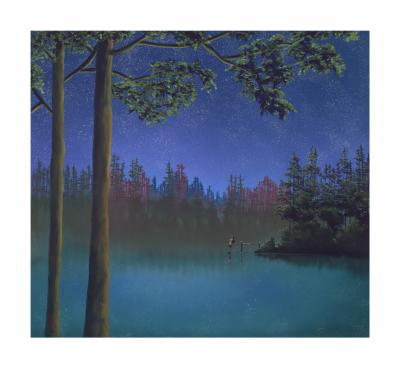 View All Art Works By Mackenzie Thorpe
The eldest of seven children, Mackenzie Thorpe was born in Middlesbrough in 1956 and akin to most young male members of communities in the North East back then, his future was already signposted toward the shipyards or steelworks - both redolent of this heavy industrial community - from an early age. The streets and back alleys between row upon row of small terraced houses formed the playground of his youth, along with derelict bombed out houses providing alternative opportunities for suburban adventure. Thorpe spent a lot of his formative years in the company of his uncle Lawrence, who at three years Thorpe’s senior offered a protective shield as well as moral compass, and someone in whom Thorpe looked to for guidance from an early age. The artist’s father and mother were a labourer and an auxiliary nurse, respectively, and Thorpe’s formative years were shaped by daily struggles, as was the norm for many families in such communities.

However, despite times being tough, Thorpe reflects with mixed emotions about this passage of time. He recalls an underpinned spirit of community and collective strength in the face of adversity, as well as an overwhelming sense of warmth and inherent humour that characterizes the North East and its hard working people per se. Yet alongside of this, were feelings of isolation and loneliness, amid fear and darkness which Thorpe describes as being an ever-present ambience, lurking in every shadow. These stark memories, good, bad and ugly are entrenched in Thorpe’s masterstrokes, swinging between the joyful, Dunkirk-spirited immediate community, awash with happy, smiley faces, etched with love layered over hardship, children making the most of what they had and finding immense pleasure from the simple things in life society now takes for granted. Contrasted with a sobering reminder to a community and way of life in decline and imminent decay, a crumbling infrastructure, a ticking timebomb that bore future uncertainty and sweeping gloom.

It was drawing that took a young Thorpe on a flight of fancy, and presented itself as a virtual escape route from the more depressing aspects of his young life. He would source and create with a range of raw materials, whatever he could muster, with a singular goal of losing himself in his art. As long as Thorpe was drawing he was happy. And drawing took his mind off school and the spectre of ending up in the shipyards, his life pretty much mapped out. School proved a challenge for Thorpe, not least due to his dyslexia, which back then wasn’t anywhere near as understood or respected as it is today. He left school at 15, minus any qualifications, and predictably ended up finding employment in a nearby shipyard. However the story clearly doesn’t end there, as Thorpe was actively encouraged by a friend to enrol at art school, having seen his drawings and being suitably impressed, Thorpe’s friend obviously could see something in his work and ultimately a get out of jail free card that could take him a world away from the yards.

As it happened Thorpe won a place on an art course at Cleveland School of Art, and on completing this he gained entry onto another higher level course at the Byam Shaw College of Art. And this served as the turning point in Thorpe’s life and artistic career, as this effectively meant upping sticks, turning his back on familiar settings and moving to an altogether alien place; London. But it was the UK’s capital city that opened Thorpe’s eyes to a whole new world, full of opportunity and excitement, and not least, exposure to a phalanx of art galleries and museums which would furnish an impressionable Thorpe with even more inspiration. He graduated from Byam Shaw in 1982 and opted to stay in London and work with disadvantaged youngsters having witnessed a darker underbelly to the city whilst studying there and wanting to help foster a change for those in need of it most in society. Thorpe eventually returned to his native North East, with his own young family to support, in 1989, choosing the picturesque market town of Richmond in North Yorkshire as where he’d put down new roots. Although establishing a studio and a name for himself locally, Thorpe’s initial work involved his now signature square sheep. With money being tight, the artist sees these works of art as a self-portrait; essentially capturing on canvas tackling hardship and the perceived norms of society, head on. It wasn’t long though before Thorpe did build up a reputation and client base, resulting in the opening of his own gallery – Arthaus – during the next chapter of his creative life.

Thorpe is without doubt a driven man and artist, spurred on by the work ethics handed down by generations in the North East, and in his case successfully channelled into his unique works of art and underlying sense of enterprise. Thorpe is one of those rare artists who is completely inseparable from their work, displaying a restless energy and an impassioned concern for humanity on every level, consciously depicted through his breadth of work. Be it courtesy of his square sheep, some burly men hunched over a game of dominos in a smoke-filled pub or a fantastical Wild West shoot-out. Neither pretensions nor aloofness play a part in Thorpe’s works, just the urge to communicate an honest emotion.

And of that work, it’s fair to say that it teeters on the precipice of being bi-polar; in as much as its part joyous, the other part considerably less so. Vividly coloured abstracts of beaming-faced children, near animated animals, xxxxx-sized hearts and the presence of much love in the one frame, is divided than a lot more than six degrees of separation in the next. A bleak, heavy industrial landscape, towering chimneys, chastising skies, the grey of steel and thunder overshadowing terraced streets beneath, drawing the inevitable comparisons with a certain L.S Lowry in many quarters.

Thorpe’s works have hung in exhibitions here, there and everywhere, found in both galleries and museums from Chicago and California to New York, LA and Singapore, as well as much closer to home, whilst he’s been commissioned to complete creative work for the Conservative Party, Elton John’s AIDS foundation and the British Dyslexia Foundation over the years. What’s more, the Mackenzie Thorpe Foundation was launched in 2005 with a remit to support worthy causes. In addition, Thorpe was also the recipient of an honouree Master of Art degree, awarded by his hometown’s Teesside University. Perversely however, the Middlesbrough Institute of Modern Art (MIMA) have consistently failed to recognize Thorpe’s creative achievements to date.