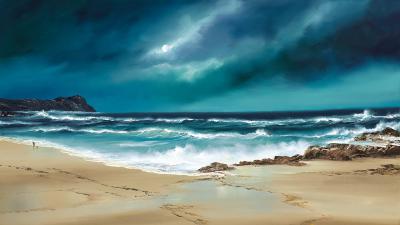 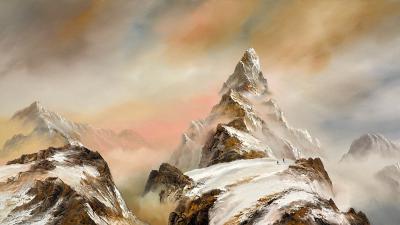 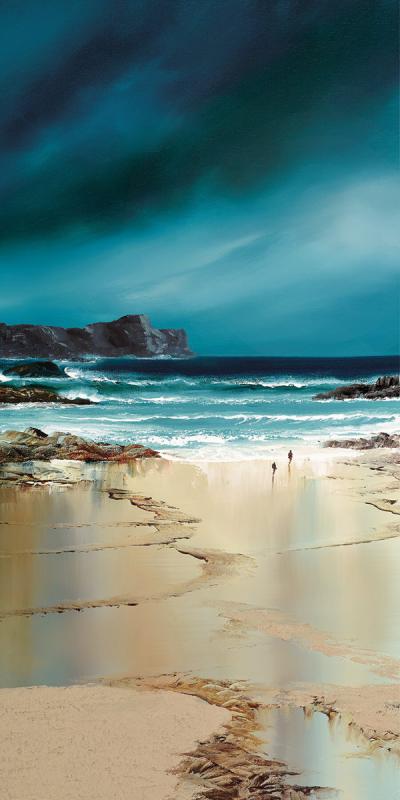 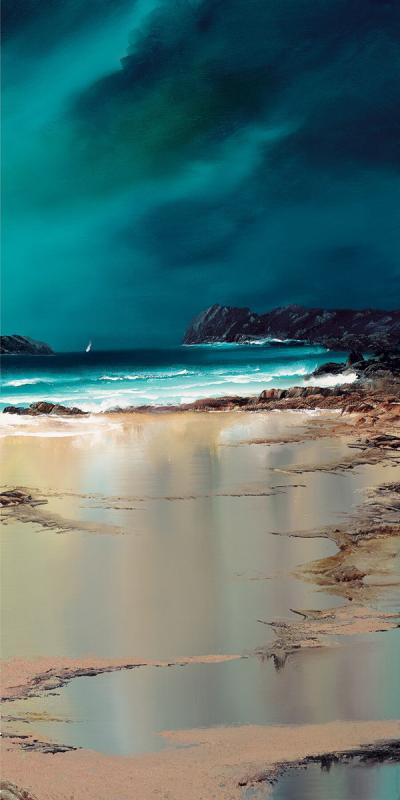 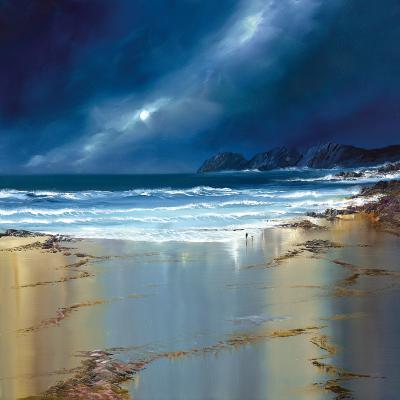 View All Art Works By Philip Gray
Much celebrated contemporary landscape artist, Philip Gray is seemingly besotted with the ocean and dramatic coastal vistas per se, as anyone who has spared his illustratively towering work a mere cursory glance would concur. Intoxicatingly colourific hues and saturations cascade forth from his every canvas-captured window, as some of the most cataclysmically energized sea panoramas ever committed to a two dimensional surface bear witness to. Born in Cork in Ireland – where he called home until, as a 6-year old his family relocated to Dublin for a few years – it’s undoubtedly Gray’s initial early years spent in Cork which fired his passion for the sea; as creative seeds were already been sown in his childhood mind in retrospect.

Gray fervently believes that he has his mother’s side of the family to thank for his artistic perspective, as it’s a lineage which has produced both creative souls and sailors down the years; more of which regarding the latter in a while. According to Gray there’s a graphic designer and an interior designer numbered amongst his siblings, and art was very much part of his upbringing from the outset as he recalls it. harking back to around the age of 5, Gray recounts his parents being acquainted with Trevor Scott; who was the founder of the renowned College of Art and Design in Dun Laoghaire, in County Dublin for those unaware, and one of Gray’s most vivid memories of this period is one of him sat on the floor in Scott’s living room with a huge sheet of paper in front of him whilst the artist gave him some rudimentary pointers on figurative drawings. A better grounding in visuality would be difficult to find.

However the surprising thing is that once Gray came of age and completed his secondary education in his native Ireland, instead of pursuing his art to further vocational levels he opted to go to sea, by joining the Navy. With a history of sailors in his family’s DNA as mentioned above, Gray was following in many a forefather’s footsteps, and the draw of the ocean wave was impossible for Gray to ignore. He describes his Navy days as a ‘great awakening’ and providing a sharp learning curve, as it commonly does for many young service men and women through the generations, but more than that it afforded Gray a sense of discipline and respect which he was to later revisit for alternative career reasons. As a sailor Gray was also given a new purpose in life and a clearer sense of destiny, all of which ultimately served as a far broader education than perhaps any institution would have done.

At sea, Gray established himself as a naval diver, and in what spare time he had, returned to his painting as a way to wind down and switch off. Speaking of this time, Gray admits to being in the fortunate position of benefitting from a unique perspective of typical Irish coastal land and seascapes, as observed with pleasing regularity from the Atlantic Ocean. As it happened Gray’s initial life and times at sea brought about an opportunity without which his secondary career, and his calling in life as such, might not ever have materialised. At least, not for a while longer. In the capacity of Chief Petty Officer, Gray sailed on the inaugural voyage of the LE Eithne Naval ship in 1986, destination New York, and in particular to help mark the Statue of Liberty’s Centennial celebrations.

As events transpired, this proved to be an instrumental juncture in Gray’s fledgling art career which was to follow, as he was granted the platform to showcase a selection of his original landscape compositions as part of the backdrop of the official reception which took place on board the ship on its arrival into New York. The response to Gray’s art was unprecedented, as a diverse gathering of fellow Naval officers, Irish American dignitaries and other staff officials pored over his work and were clearly impressed with what they saw. Previous to this, the only feedback Gray’s art ever courted was from his rather biased family and friends, which whilst being encouraging was never what he might have called constructive for the most part. Yet here for the first time, a completely impartial audience feasted on Gray’s pictorials.

Despite never not believing in his own creative talents, Gray never put himself in the firing line with reference to art critics and reviewers, who would have habitually offered more diligent, if not arguably terse feedback on what they might have been privy to, and Gray sees that as perhaps a failing on his youthful part. Either way, he was and has always remained an opportunistic character, and with this in mind he was determined to grasp the nettle there and then and determine whether or not he could make something of his art. Therefore Gray’s next port of (artistic) call was to dip his toes in the more commercial waters as it were, by developing a print collection to see just how this might be received in the potential contemporary art market place. This would work twofold by firstly allowing him the chance to pursue his almost inherent desire to eventually become a full-time artist, while simultaneously securing the source through which he could effectively channel his future works.

At the time Gray came to this conclusion and made serious, life-changing decisions about his immediate future, his ideas weren’t necessarily met with universal approval, as many considered him almost crazy to even think about compromising a healthy services pension fund on what might to some be seen as a whim. However, and with only a handful of years remaining before Gray was set to complete his twenty one years Naval service, the budding artist opted to make the break then and there. Gray’s decision did pay dividends in spite of reservations displayed by some, and today his reputation as one of the country’s leading contemporary landscape artists is unassailable. Represented by DeMontford Fine Art who collaborate with Gray and essentially distribute limited edition reproductions of his original compositions through their network of UK-wide art galleries and venues, Gray has never looked back, and continues to go from strength to strength.