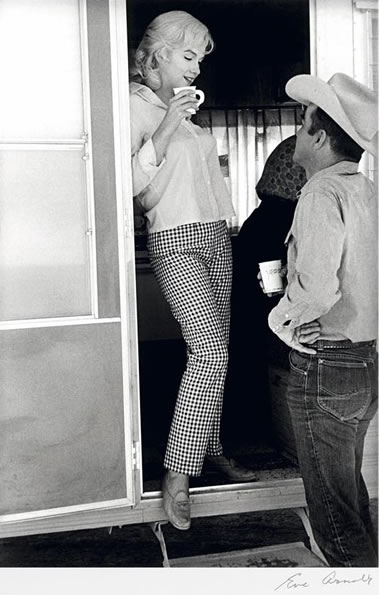 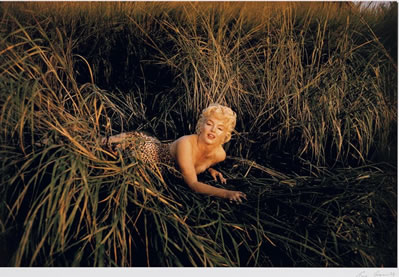 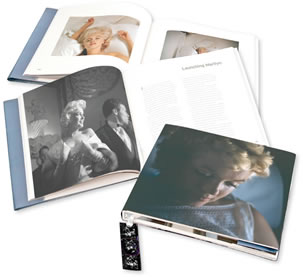 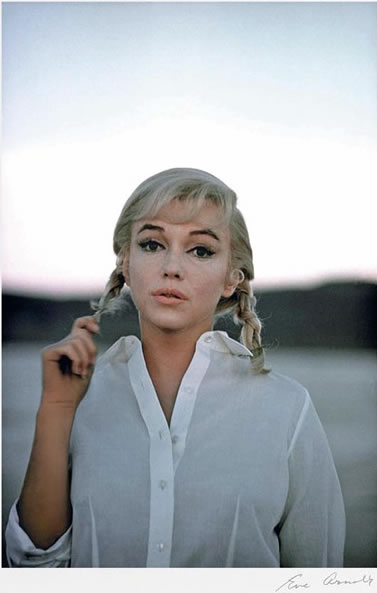 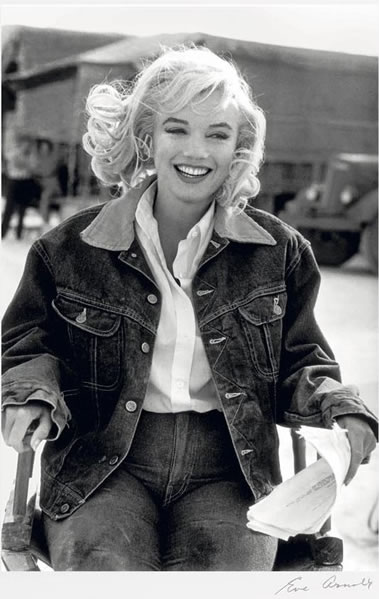 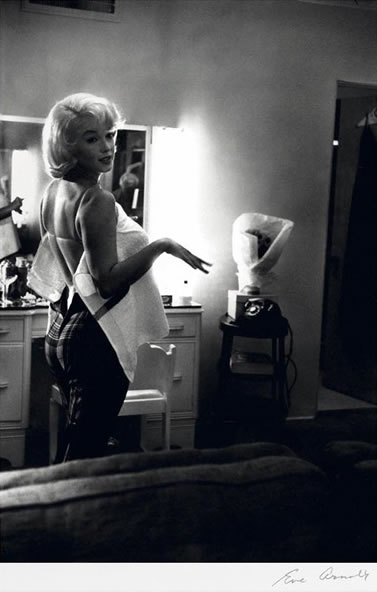 View All Art Works By Eve Arnold
The (perhaps, lesser known) name Eve Arnold and Marilyn Monroe go hand in hand in the eyes of any followers of the latter’s heyday, as Arnold Monroe’s ‘go-to’ photographer, and the one in whom the fated movie legend trusted more than any other. A well-documented relationship both at the time as well as in the years following the star’s untimely demise, it’s believed that Monroe favoured Arnold on account of her unswervingly sympathetic approach towards her subject matters and therein the almost protective nature she afforded them and their privacy. This element in itself ensured that Arnold was in a position to capture the very essence of Monroe et al with her guard down; and in far more relaxed and evocative poses than otherwise might have been the case had their relationship being kept at arm’s length.

From the very moment Arnold started snapping the camera’s favourite femme fatale – born Norma Jeane Mortenson in 1926 in LA –she knew what she was dealing with in terms of being a natural behind the lens. In her own words the famous figurative photographer commented at the time; “I found myself in the privileged position of photographing somebody who I had first thought had a gift for the camera, but who turned out had a genius for it." For those who need a reminder, Marilyn Monroe personified Hollywood glamour with her peerless radiance and boundless energy, combined with this constant need to please. Whether that be the men in her life, film studio bosses or her adoring public. Monroe caught the mood of the watching world during her heyday, and although seen as an alluring beauty with voluptuous curves and a generous pout, she was much more than a 1950s sex goddess. Monroe went on to dominate the golden age of the silver screen and earned her rightful place in the hall of fame as one of the most enigmatic woman of the twentieth century. In Arnold’s case she was arguably best known for her benevolent, intimate images of actress Marilyn Monroe on the set of Monroe's last (1961) film, The Misfits, however the acclaimed and in-demand photojournalist took many photos of Monroe from 1951 onwards.

Arnold herself was born in Philadelphia, America in 1912 (and sadly passed away in 2012 at the incredible age of 99 years), and her interest in photography began in 1946 while working in a New York City photo-finishing plant. During a six-week period in 1948, Arnold was taught photographic skills by no less a revered creative figure than (then) art director of Harper's Bazaar, Alexey Brodovitch at the New School for Social Research in Manhattan. Armed with her new-found – and priceless – knowledge, Arnold went on to secure a role with the famous ‘Life magazine’, and during its glory years became one of its star photographers. During her tenure there, Arnold capturing public figures such as Senator Joseph McCarthy and General Eisenhower at revealingly unguarded moments, along with a succession of high profile public figures. But it was Monroe with whom Arnold struck up this special affinity as it was referred to.

When they were first introduced to one another, Monroe was still a relative unknown and merely aspiring actress, whilst Arnold herself star had only just gone into the ascendency as such. In Arnold’s own words, she said; “She was going places but she hadn't arrived," as the photographer recalled it, adding; “It became a bond between us... Marilyn was very important in my career. I think I was helpful in hers." Although based in America during the 1950s, Arnold arrived in England in 1962 to assume her role in London on the newly launched Sunday Times colour magazine. In addition to photographing statesmen and showbiz celebrities, Arnold also made a photographic record of the status of women around the world. Save for a six-year gap - when she worked in America and China to prepare a book on each of those countries - Arnold remained based in Britain.

In the aftermath of her photography-specific trip to China, Arnold landed her debut solo exhibition, hosted at New York’s Brooklyn Museum in 1980, while also later that year, Arnold collected the National Book Award for her title on China. In addition to this recognition, Arnold was awarded the Lifetime Achievement Award from the American Society of Magazine Photographers in the same 12 month period, whilst in 1995 she was made a fellow of the Royal Photographic Society and was elected ‘Master Photographer’ - the world's single-most prestigious photographic honour –and awarded by New York's International Centre of Photography. Meanwhile in 1996 Arnold was the recipient of the Kraszna-Krausz Book Award for her book, ‘In Retrospect’, and a year on she was awarded an Honorary Degree of Doctor of Science from the University of St. Andrews, Scotland, an Honorary Degree of Doctor of Letters from Staffordshire University, as well as the degree Doctor of Humanities from Richmond, the American International University in London. Other accolades have included being appointed a member of the Advisory Committee of the National Museum of Photography, Film & Television in Bradford, alongside of receiving an honorary O.B.E. (Order of the British Empire) by the British Government in 2003.

Yet it wasn’t just Monroe that Arnold helped capture the public’s attention with her stunning photographs, as she also visually documented the lives of ordinary people, exploring such themes as birth, family, tragedy and racial prejudice. What’s more, Arnold oversaw eleven of her books published and witnessed in her lifetime her bodies of work being the subject of countless exhibitions across the globe. Arnold’s photographic-led publications included titles on women, the 1950s, China, America, Ballet theatre and observations on British society alongside of her various photographic appreciations of Monroe.