View All Art Works By A J Callan 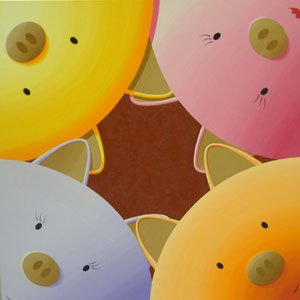 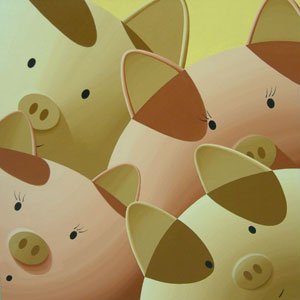 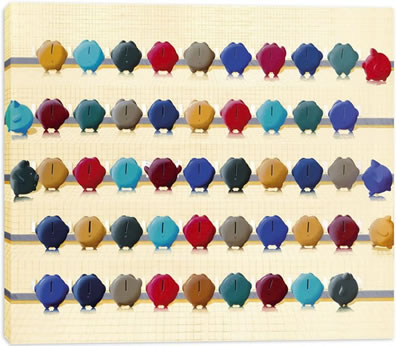 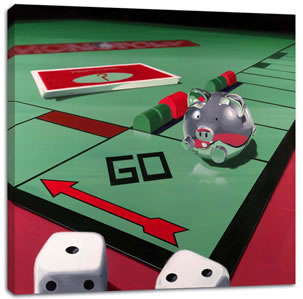 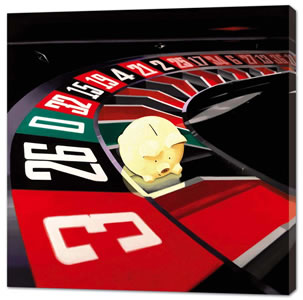 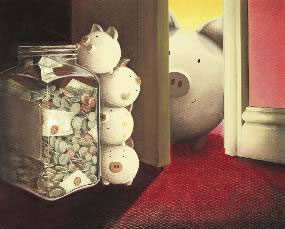 View All Art Works By A J Callan
The very visual and audio backdrop and soundscape of an overtly fashionable 1960s that was at the vanguard of a generation-defining groundswell of creative and social revolution, formed the scenario in which contemporary artist, A J Callan’s childhood was played out against. The Swinging Sixties gave rise of course to The Beatles, Carnaby Street, flower power, the mini-skirt, Alec Issigonis’ Mini car and Twiggy, just a few popular culture highlights, and was a decade that was as high as a kite on confidence and optimism and awash with colour and exuberance. Although Callan’s native Glasgow might have been 400 miles due north of the UK’s swinging capital city, the euphoria and liberating ambience spread like wildfire at that time and people’s imaginations and belief in what they could do and achieve was unstoppable.

Born in 1958, a young Callan – exposed to the way in which 1960s Britain was taking shape – was into everything like most kids his age, and absorbed the nationwide feeling and sense of free will, exploration and the art of creation. Recalling how he threw himself in to art from an early age, Callan would sit sketching for hours on end, only ever taking a break to enjoy a game of football with his brothers. Callan’s initial interest in art was thanks to his mother, who would always doodle at the side of the newspaper page as she attempted to solve the cryptic clues to yet another crossword puzzle. Doodling consequently turned into sketching, which in turn would lead to a greater range of materials and canvasses.

Callan continued to be engrossed by his art lessons throughout his schooling and would regularly submerse himself in a painting at the expense of food, conversation and play, such was his enthusiasm, dedication and seemingly unquenchable thirst for creative knowledge. Naturally then, art college followed school, where Callan spent a cumulative five years studying in two main disciplines, Fine Art and Graphic Design. On bidding farewell to higher education, Callan entered the world of advertising, where for many years he was employed on commercial material within a fast-paced and often cut-throat environment, where the ethos still stands as something along the lines of, ‘you’re only as good as your last campaign’. To counter this high pressure and charged working environ, Callan’s spare time was taken up with the far more relaxed demands of indulging his passion for fine art, whereby he created pieces that were resultant of his meddling and mixing of mediums and subject matters over the intervening years.

In 2005 Callan came to the conclusion that in order not to look back and regret missed opportunities in later years, he should commit to his unbridled passion for art on a full-time basis here and now, and decided to call time on his advertising career. A pivotal decision that Callan readily admits to have had absolutely no regrets over since.

Whilst Callan’s main body of collective works are instantly identifiable by their facilitation of pigs, typically presented in light-hearted, whimsical situations (habitually in two-dimensional form on canvasses, yet latterly experimenting with clear glass sculptures of piggies, containing coloured glass inside), the best-selling contemporary artist’s inspirations came courtesy of some of the art world’s iconic heavyweights. Da Vinci’s technical aptitude fascinated a young Callan, while the romance of Charles Renee Mackintosh’s pieces and the grasp of lighting techniques incontestably showcased by Joseph Wright simply blew him away. Having said that, Callan also admits to having being a massive fan of the animation used in the telling of the Yellow Submarine story, and being mesmerised by its riot of colours and shapes and general lucidity.

In terms of where he plucks his creative ideas from these days, and what muses give way to his completed works, and Callan speaks of his acute awareness of the everyday, and what he acknowledges before him. Taking what he refers to as mental snapshots of inanimate and animate objects as he goes, Callan derives much pleasure and inspiration from what we otherwise may miss. The glance caught between two people, the human reactions to a surprise, essentially a celebration of the everyday. These cerebral recordings of chance encounters amid an ordinary life are then combined integrated with the imaginary, and so take on an altogether more animised form and functionality when committed to canvas. One enduring aspect that Callan never loses sight of and remains a constant thread depicted throughout his work is that of optimism. A naturally positive person, Callan believes in seeing the good in most things, rather than the perceived bad and therefore projects a very much ‘glass half full’ persona. This warmth, air of calm and generosity of spirit is reflected in Callan’s compositions, whether they be produced on an essentially flat surface area or a 3-D one, and you get the impression with the artist that the volume of pleasure his pieces stir in the eyes of the viewer and buyer is an incalculable one.

In terms of the way in which Callan’s work takes its journey from mind to brush to completed canvas, he describes how he compiles a myriad of thumbnails in energetic, creative spurts, and while he may have a concept of final colouration in mind at this stage, he tries not to be overly precise or conclusive; rather to let this formulate. Callan also tells of the full spectrum of emotions that he experiences at the outset of every composition he tackles, from the initial first rush of excitement from the moment in which he visualizes the impression in his mind’s eye, which are then closely followed by both anxiety and a sense of fear as the illustrative piece begins to construct before him. With many artists, this can be a make or break time in the creative process, as some could effectively lose their nerve and understanding of the study at this juncture. Thankfully Callan benefits from enough confidence in his ability to see it through and experience gathered over the years to envisage the finished article. Callan will re-visit a piece for final tweaking and ‘making good’ over subsequent days, but it’s typically at this point where the artist reflects on a job well done.