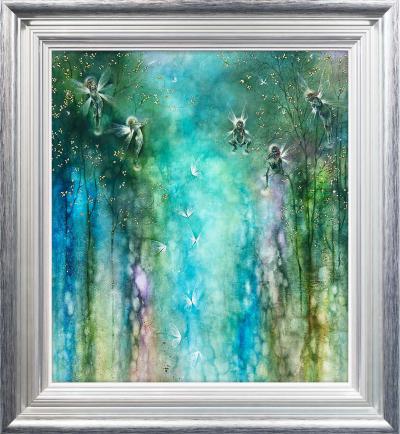 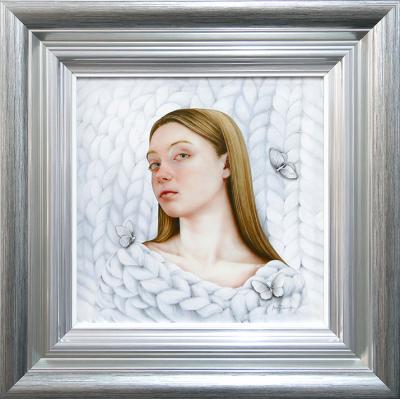 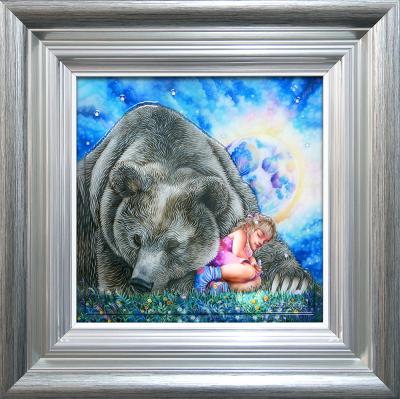 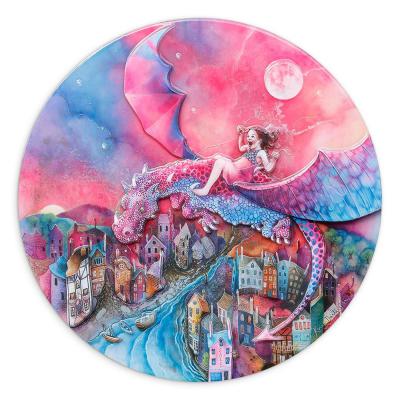 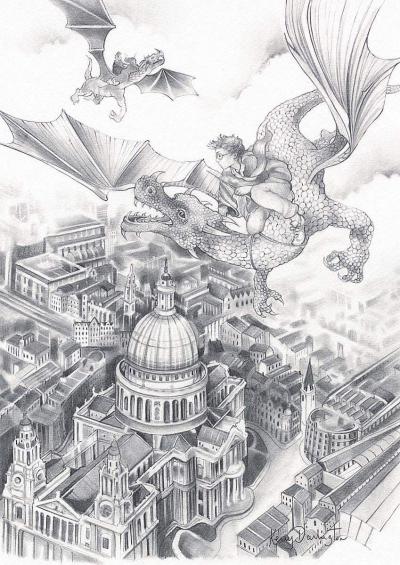 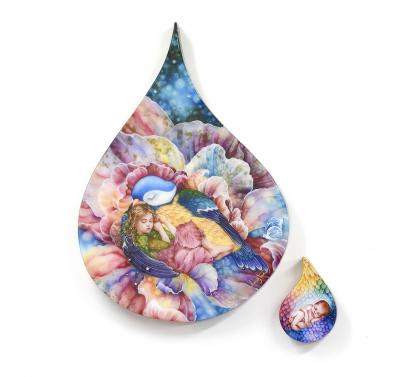 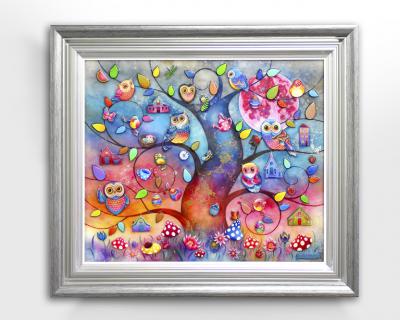 View All Art Works By Kerry Darlington
Tree of Tranquillity, Tree of Harmony, Twilight Tree, Tree of Patriotism, Tree of Temptation. It’s fair to assume that Darlington’s got a ‘thing’ for trees, as visually substantiated by one of the contemporary artist’s most popular and widely recognised ‘Tree of Life’ collections. Having said that, there’s a lot more to Darlington’s art past, present and future than her study on trees, as her latest collections testify to, where fantastical fictional tales and the characters living within them have been given the Darlington treatment, adding a new depth to what were already hitherto artworks of multi-layered volume. Timeless works of fiction woven with wonder and sprinkled with enchantment, such as The Magic Faraway Tree, The Wizard of Oz, Peter Pan and Alice in Wonderland serving as her inspiration, as she recalls the old picture books and novels that animated her childhood from the pens of J.M Barrie and Enid Blyton to name but two. Indeed, Darlington’s love of art originally stemmed from such well-thumbed titles that were found in her family’s bookcase as a girl.

Born and raised in the coastal town of Rhyl in North Wales in 1974, Darlington still lives just a little further up the same seaboard in Prestatyn, albeit after some truly globe-trotting travels; returning to her native North West via South America and a couple other ports of creative call en route. Captivated by the magical fairy tale picture books as mentioned above, it was Darlington’s passion for Arthur Rackham’s intricate pen and ink work that convinced the young, impressionable Welsh artist-in-the-making that she would grow up to be a children’s book illustrator. Hot-foot from graduating with a degree in Illustration in her early 20s, Darlington spent a period shortly afterwards living in Bolivia, before heading back to more familiar climes to take up a post as a Designer and Illustrator for an exclusive company which originated and manufactured clay murals for private clients.

In tandem with the classic children’s picture books that Darlington calls readily to mind as sources of inspiration, she also tells of her discovery of Art Nouveau and the Pre-Raphaelite artists, and the haunting beauty that was indicative of the signature works and artists part of these artistic movements, and moreover just how it shaped her own future art philosophies and approach to the laying down of her collections. Darlington’s work as a professional artist has been hugely successful and universally well-received, culminating in May 2012’s awarding of the ‘Best-Selling Published Artist’ at a ceremony by the Fine Art Trade Guild.

Whilst Darlington’s work is symbiotic of watercolours, acrylic and oil, her schooling was very much within the field of pen and ink work in which she practiced throughout her early professional years. This fundamental education thus afforded Darlington honed drawing skills before her work evolved to encompass the application of watercolours and other mixed media. It was Darlington’s exposure to clay murals that fired her imagination toward the possibilities of administering paint on alternative and potentially unconventional textures and surfaces, which she experimented with at the time. This goes some way to explain why her acrylic pieces are structured the way they are, in terms of the final colouration being a composite of a myriad of transparent layers constructed to project a seemingly natural depth; that’s once they’ve had their base formed upon board or canvas with the assistance of textures and gesso in the main. Rather than complete and protect the study with a varnish, Darlington prefers to use a resin to lock in the textures and play up to the light.

Darlington’s book illustrations have been released as unique edition prints, one of which – Midnight Garden – sold out within a month, whilst her demand for her ‘Mad Hatters Tea Party’ outstripped supply, which resulted in the observing of massively inflated values on the second hand market thereafter. Each one of Darlington’s unique edition prints retains a certain uniqueness; although a contradiction in terms. She creates minimal 3D additions which are individually hand-worked and then adhered to the print, while the background is also embellished by hand to create an essentially bespoke composition. Looking to the immediate future and next on the horizon for Darlington is further illustrative book work, including ‘Peter Pan’ and ‘The Magic Faraway Tree’, two subject matters discovered very close to the Welsh artist’s heart. Beyond that, and it’s the release of a selection of her figurative pieces as unique editions, which Darlington considers to be far more intimate and something which she’s been developing over the past five years.