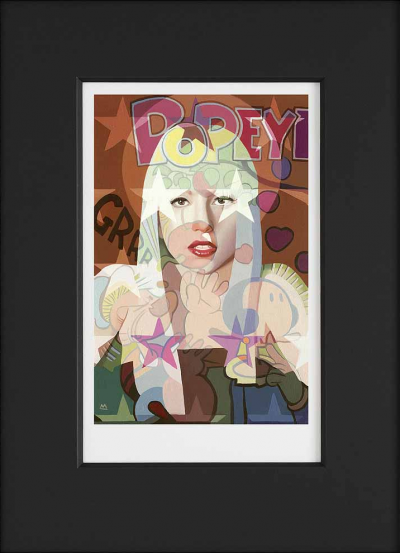 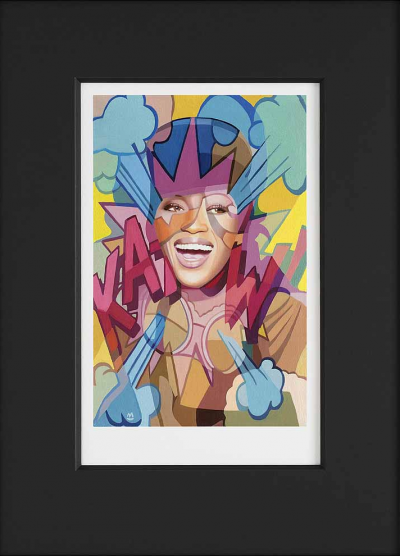 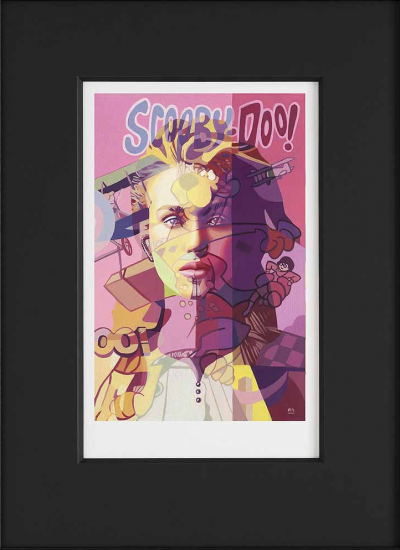 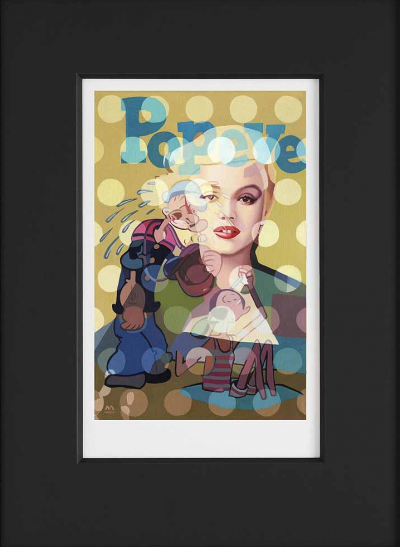 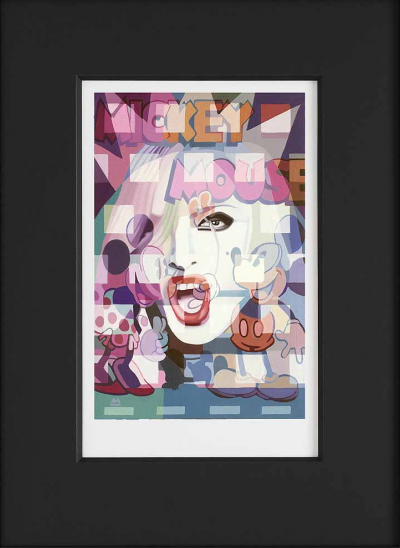 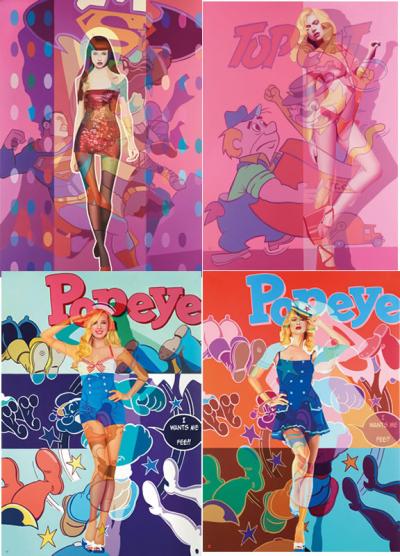 View All Art Works By Stuart McAlpine Miller
No subject is off limits for Scottish-born artist, Stuart McAlpine Miller to question and interpret; and if that results in him making a perceived mockery of it, so be it. In fact, subtle ridicule and discreet manipulation of social and political context are commonplace within the surface of McAlpine Miller’s more considered pieces. American imperialism, impending chaos, anarchy in the UK (and anywhere else for that matter) all make appearances in McAlpine Miller’s strongest works of (very) contemporary art. Not one to shy away from points of conflict or conjecture, McAlpine Miller harnesses the power of popular culture (both of now and yesteryear) to visually upholster his visions of the populace’s visions and aspirations. Hard-hitting social messages are woven into the very fabric of the canvasses his exquisitely detailed oils, inject life into, yet to the casual observer the first artistic port of call is the elevation of innocent, naïve and overly familiar childhood cartoon imagery into the public conscience. But these are calculated inclusions, which when superimposed by glamorous, supercool women suddenly add a more provocative tone to creative proceedings and are indicative of McAlpine Millar’s thought process and finished works.

Citing Pop Art pioneer, Andy Warhol amongst his leading influences, will come as no surprise to art fans and/or collectors familiar with McAlpine Miller’s graphically resplendent work. Like the great man himself, McAlpine Miller strives to ensure that people can relate to his themes and imagery, whether that concludes in a wry smile and a knowing expression, or to cross examine its true meaning and design language. What’s more, McAlpine Miller has his fingers firmly crossed that his defining pieces as an artist will retain a sense of relevance decades after being committed to canvas, in a similar way to Warhol’s have, and continue to do so, more than ever many would argue, in this fame-hungry society in which we live.

It’s this obsession with celebrity sub-culture that McAlpine Miller is engendering through his most iconic work, and labouring his point on with good cause. Like many, he questions why our cult of superficially-satisfying, transient fame is found at the epicentre of society, endemic of such, alongside an all-consuming necessity to embrace material wealth and perceived beauty; never better illustrated than here in the Western world. An unhealthy obsession that borders on fever pitch and seemingly replaces old values and virtues in the eyes of a new generation. And a place where virtual reality and a bland, oft-vulgar reality grab the attentions of the great unwashed like nothing before.

McAlpine Miller’s art could easily be mistaken and overlooked as the latest poster campaign for a boutique clothing manufacturer and make-up company, which could just as easily see the stilted, one-dimensional application of a Lily Cole or Kate Moss to add extra gravitas in the abject selling of a lifestyle to the hip masses. Alas, it’s none of the above. Yes, it’s a frank exchange of the artist’s interpretation of this style over substance culture, very sardonically emblazoned across his canvasses and gesturing at the context in which it’s borne unto. McAlpine Miller successfully paints a slightly sinister picture of commerce, akin to Dr Strangelove straddling that bomb in the eponymous film of the same title.

McAlpine Miller slaps his iconic womenfolk and standard bearers of a jilted generation at glaringly obvious odds with the softly transparent, genial, unobtrusive elements that characterise a Beano and Dandy youth. There’s’ a surrealism to the feel and hidden dangers and a sense of impending unrest and danger are never far from that glamorous surface, despite the playfulness that the background leads you to believe.

McAlpine Miller has spent the best part of 20 years honing his creative skills, ever since departing the Glasgow School of Art in his native Scotland to find fame and fortune. Or rather, to make an honest living from his very obvious passion. Yet it’s only in recent times that the art world has woken up to McAlpine Miller’s existence and peerless social commentary and that he’s received the acknowledgment and acclaim that his unique, telling, compositions so richly deserve. On the back of new exposure that’s witnessed him exhibit throughout Europe and America, that McAlpine Miller was approached to become artist-in-residence at the wondrous Art Deco surrounds of the Savoy hotel in London. Following in the footsteps of non-other than Whistler and Monet.